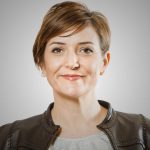 In an industry that aspires to put diversity and inclusion at its heart, Rachel Costello wonders if we are doing enough to embrace neurodiversity?

An estimated 4% of the Irish population (some worldwide figures suggest this figure is closer to 15%) who are considered neurodiverse. Neurodiversity refers to the different ways the brain can work and interpret information. There is a spectrum of conditions which fall into this – Autism, Dyspraxia, Dyslexia, Attention Deficit Disorder and Obsessive-compulsive Disorder.

Many businesses, especially with a shortage of available talent, are making more of an effort to recognise and employ people who think differently. Indeed, many of the great scientific discoveries and inventions past and present are attributed to people who are neurodiverse. Einstein, Van Gogh, and Elon Musk are perhaps the most well-known, so if their prodigious talent is anything to go by you can see why businesses might want to attract people who think differently.

But this I think is where it falls down, in what we say and what we do. I should disclose that I have a personal reason for writing this article.

Some time ago my son was diagnosed with dyslexia and other neurodiverse conditions. It took us a while to realise. He was socially capable with a wide circle of friends, 10 out of 10 in his spelling test each week, but slowly other gaps in his learning abilities started to show and we sought help.

Once we had the diagnosis it made me appreciate the massive effort that he has had to make in his life. The expectations on how he should learn and socialise in order to thrive gets harder the older he becomes. We forgive young children many things, but once you become a teenager that expectation to conform to norms grows exponentially.

I spend a large amount of my time thinking about what job my son could do when he is older, and as someone who has had a major role in the recruitment of graduates into MediaCom Ireland it has brought this into sharp focus. It has made me realise how difficult it would be for him to have a similar career to me if he was ready to start working now.

There is a long list of well-known people who are neurodiverse and a high % of billionaires that also ‘fit’ into this category of people who think and see the world differently. When from a very early age you are taught in a very specific way that doesn’t take advantage of the many different ways that the world can be viewed, it can set you on a course for failure, only flourishing when you decide to go it alone, to sing your songs like Ed Sheeran, or start your own company like Richard Branson.

So, what is stopping us from embracing more people that are not neuro typical into our industry?

Is it that we take for granted that most people we meet will be neuro typical? Or is it because being a client driven, people business that we want people who conform and when they are expressing different ways of thinking that it is done in such a way that it still feels comfortable?

I don’t have all the answers and I would welcome all views on this, particularly from neuro diverse people. I intend to find out, if not for my son, but for all the people that might not have passed our mandatory maths test, or who didn’t quite get it socially right first time when we met, and I judged them too quickly.

Diversity of thinking is something our industry needs if we are to continue to create and innovate for our clients, so I want to try and work out how we can truly find a place for everyone in MediaCom Ireland, to help them realise their potential, and ours.

Rachel Costello is a Business Director at MediaCom Ireland.