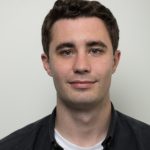 Consumer confidence has dropped to a 14-year-low according to the latest Consumer Mindset report from Core.

According to Core, 61% of people. are concerned about the cost of living and this has resulted in a 14-year low level of consumer confidence. “There is a high level of concern about the cost of living within the population. 6 in 10 people say they are very or extremely concerned. Six months into this cost-of-living crisis, this is dragging down consumer confidence, and impacting people’s optimism about the period ahead,” the report notes.

“For comparison, six months into the COVID-19 crisis, 55% of people said they were very or extremely concerned –indicating we have similar levels of anxiety,” the report also notes.

According to Stephen Mooney, research project manager, Core Research: “Since the beginning of 2022, the world has jumped from one crisis to another. At the beginning, COVID-19 was still very much a part of peoples’ lives. In February, Putin gave orders for Russia to invade Ukraine which had a knock-on effect and led to a significant rise in inflation over the past six months – although the rate of inflation declined slightly from to 9.1% in July to 8.7% in August, it remains at a very high level. As well as these issues, the housing crisis has yet to be solved and while President Biden recently declared the “pandemic is over” and festivals like Electric Picnic return; inflation, war and housing are a continuing cause of concern for people living in Ireland.”

“We are now six months into the cost-of-living crisis, and concern has increased to 61% in September, which is ahead of concern around COVID-19 in the same month in 2020 (55%),” he says,

“Optimism that we can overcome the cost-of-living situation also remains well below any of the months of COVID-19 in 2020. As the public return from time away, they are forced to face the reality of the cost-of-living  situation. The Government is receiving criticism for their handling of the cost-of-living crisis, with just 24% approving of how they are handling the crisis versus 54% who approved of how they handled COVID-19 in September 2022. While energy companies have the lowest net approval rating of -83%.  The need to improve hope in the coming months and thus improve consumer confidence has yet to be achieved,” Mooney says,

Core’s research singles out housing as a major issue.

“Images of lengthy queues to view a home in Dublin were spread widely on social media. Private rent inflation has been on the increase for close to ten years and over this period has averaged at +6.3% annually. Daft’s recent report which revealed there was an all-time low of less than 300 properties available to rent in Dublin on the first day of August and only 716 properties were available nationwide, was the second most significant news story in September. 61% of the public believe this news story is very significant with 53% of people aware of the story either disgusted, angry or sad about the housing crisis. As well as this, landlords are currently only ahead of energy companies when it comes to approval of how they are handling the cost of living situation with a net negative score of -55%. Housing is and will remain a key priority for the population of Ireland,” he says.