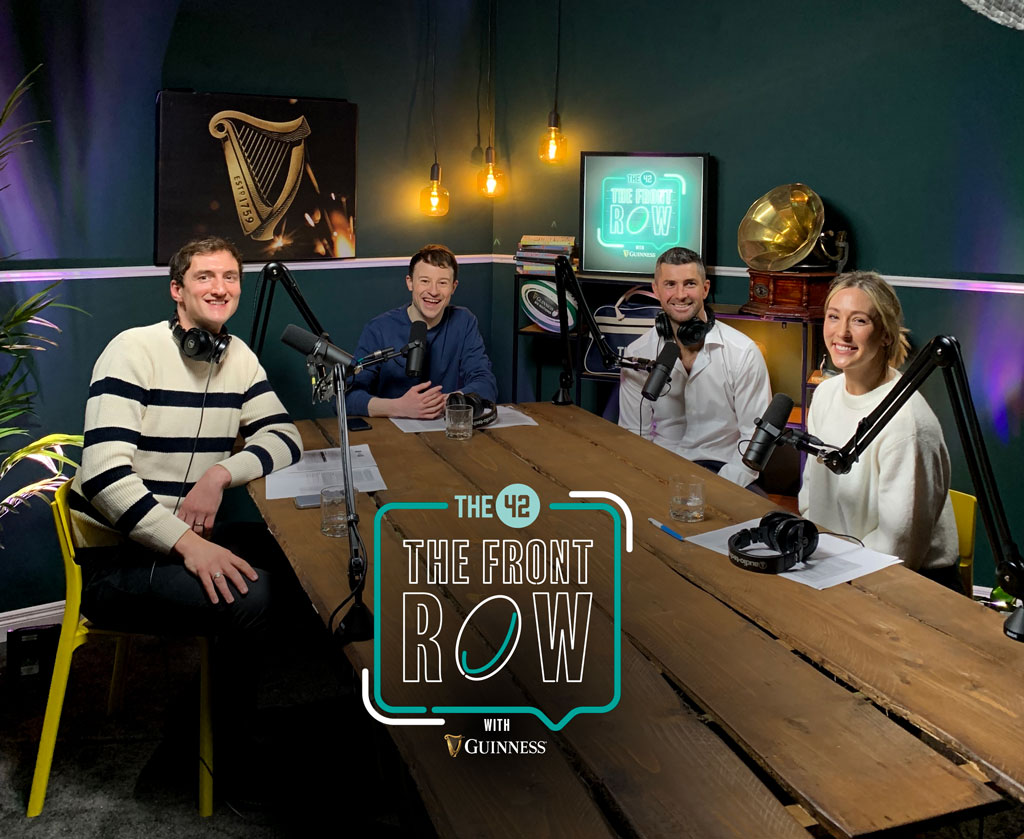 Guinness Ireland is sponsoring The Front Row, the new audiovisual rugby show which hosted by The42, the Journal Media-owned sports media brand.

The sponsorship deal was brokered by PHD.

The show is hosted by Seán Burke along with Ireland fullback Eimear Considine and The42’s own Murray Kinsella. Recorded live on a custom-built set in the heart of Dublin, the full audio show is available on all the main  podcast platforms. In addition, highlight video clips establish a consistent visual identity that drives reach and awareness.

The first episode saw Ireland legend Rob Kearney join the panel for a wide-ranging chat.  Episode two will be broadcast on Monday after Ireland take on Italy in the Aviva Stadium on Sunday afternoon.

According to Lauren McKay, Guinness brand manager at Diageo: “Guinness is delighted to see fans return to pubs and stadiums this year as well as being able to enjoy cheering on Ireland with their friends and family across the country. In partnering with PHD and with Journal Media and The 42 we are delighted to bring a brand new podcast, The Front Row in partnership with Guinness, to fans across Ireland giving them access to rugby legends and famous fans alike to celebrate and discuss the highs and lows throughout the championship.”