A little over three years have passed since Ireland’s leading creative agency, Rothco, was acquired by Accenture Interactive in what was the biggest mergers and acquisitions transaction in Irish advertising history.

At the time of the acquisition back in 2018, not much was known about Accenture Interactive in the Irish market. However, in the 9 years since its establishment in 2009, it had grown substantially, having made over 30 acquisitions around the world. Now with leading international agency brands like Rothco, Karmarama, Droga5 and The Monkeys under its belt, Accenture Interactive stands as one of four key divisions within the global Accenture family.

Biggest Digital Agency in the World

Being part digital, part tech, part creative and part consultancy, Accenture Interactive – which had revenues of $10.6bn in 2020 – was named the largest digital agency in the world for the sixth year in a row in the Ad Age Agency Report 2021.

Now, three years on from the acquisition, Rothco is the creative and beating heart of Accenture Interactive in Ireland. As such, it continues to deliver a range of creative communications solutions that aim to “engage the world”, as per its creative mantra. Rothco’s clients include AIB, ESB, Tesco Ireland, Pernod Ricard, Woodies, DAA, White Claw, Dublin Bus, Kerry Group and Hunky Dorys.

While three of the four original shareholders – Patrick Hickey, Paul Hughes and Patrick Ronaldson – have since moved on to new pastures, Richard Carr has remained at the helm to lead the next chapter of growth for both Rothco and Accenture Interactive in Ireland.

Even though all three former shareholders played key roles in building Rothco and contributed hugely to its success, there was no question that Accenture Interactive would have to contend with a “cult of personality” in the aftermath of the acquisition. According to Richard Carr, the rise of Rothco was always about the clients and the ambition.

“Rothco was never a personality-led business. From the outset, we never wanted that and we all agreed that it was all about our team, our clients and our work. It was – and still is – about people coming together with a shared set of values and a shared ambition to do great things for our clients. It’s always been about collectively shooting for the stars at Rothco. We’ve always been a hugely ambitious agency and, thankfully, we still are. In fact, that’s probably one of the greatest legacies the Patrick H, Patrick R. and Paul have left us,” Carr says.

As CEO, Carr has presided over a period of rapid growth in terms of staff- which now stands at a combined 180 – as well as the introduction of new service offerings that are necessary to meet the changing needs of the marketing ecosystem.

“We see it as being able to offer the total marketing ecosystem and it’s not just about creating a piece of comms like a TV or print ad. While an ad still has a role to play in the ecosystem, the reality is the market has changed and clients are now looking for a much broader range of creative and marketing levers. This requires a far more diverse range of skill sets,” says Carr.

“We are seeing high demand for these skill sets and I believe it reflects just how much marketing has changed. More change has taken place in marketing over the last 7 years than in the preceding 20, and this has accelerated even more during the global pandemic,” he says.

As new service offerings were added, so too was new talent (see picture above). Indeed, both Rothco and Accenture Interactive have invested heavily in talent over the last 12 months, while some former senior Rothco staff have also taken on key management roles within Accenture Interactive.

In the case of Rothco, Jimi McGrath, for example, has taken over as managing director of Rothco, having formerly been managing partner.  Other senior appointments include that of Jess Bermingham, an award-winning production executive who has joined from Droga5 in New York. As studio director of a new in-house studio purpose-built in the company’s Smithfield HQ for the creation of long- and short-form content, Bermingham will lead a team of 18 people with a mix of skills including 2D & 3D animation; motion design; directing; photography and videography; editing and grading; and sound design.

With technology playing an increasing role in Rothco’s creative offering, Tobin Nageotte – joining from 72andSunny in Amsterdam – was recently appointed as technology and innovation director. In his new role, Nageotte will expand and diversify Rothco’s creative tech offering in addition to overseeing the development of its customer experience (CX) offering.

On the media side, Shane O’Leary joined last year from Mindshare to head up a 12-person Interactive team working across media strategy, planning, econometrics, performance marketing, e-commerce and data.

“The substantial investment in talent made by Rothco and Accenture Interactive was wholly necessary,” says Carr.

“The pandemic has changed almost everything in terms of how consumers buy; how and where they work; how they interact with others; and how they view brands. These changes in consumer behaviours are not all a one-off – many are here to stay in the post-Covid world. Companies need to deliver exceptional customer experiences now more than ever. If they don’t, they will struggle,” he adds.

This expansion would not have been possible, however, if Rothco had remained an independent agency, insists Carr. While Rothco had won many awards, bagged some big clients and was considered the leading agency in Ireland back in 2018, the reality is that the market was starting to shift in response to sweeping changes in consumer behaviours as well as increased demand from clients for better and more efficient solutions.

“Remaining a standalone creative agency, no matter how good you are, is simply not enough to tackle the many sticky problems that clients have now, and I honestly don’t think Rothco would have been able to navigate on its own the changes that have taken place over the last few years,” says Carr.

Arguably one of the stickiest marketing communications problems many clients now face revolves around media – in particular, performance – and Carr says that the establishment of a Media and Performance Practice within Accenture Interactive is already gaining considerable traction from existing clients of both Accenture and Rothco.

“We have had very strong support from our clients, both existing and new, for the Interactive offering. While we will always continue to pitch for high profile business, what’s different now is that many of our new business opportunities are discreet and often arrive without much fanfare in the market,” he says.

“That’s probably because our offering is now so broad. In essence, we help brands to maximise their marketing investment across a vast range of areas, including digital media, data usage, e-commerce, social and search,” he adds.

The Power of Creativity

As the creative heart of Accenture Interactive, Rothco’s creative credentials are beyond doubt. This was confirmed once again in Cannes this year when Rothco’s “Saylists” campaign for Warner Music and Apple won three Lions, including a Grand Prix.

Having won 15 Cannes Lions, including two Grand Prix, in a 4-year period, no other Irish agency has ever achieved such success in the south of France.

While the “JFK Uncovered” and “Saylists” campaigns account for (quite literally) the lion’s share of those awards, along the way there were also awards for AIB’s “The Book that Grew,” ONE’s “Sleeping Flags” campaign and the one that kicked it all off, “Shred of Decency” – the 2015 campaign for Daintree Paper in the run-up to the Same-sex Marriage Referendum. Add to these the numerous awards picked up in the Clios, D&ADs, The One Show and the Caples, and it’s beyond question that Rothco is the most internationally awarded creative agency in Ireland.

Closer to home, Rothco’s multi-faceted work with AIB, for example, stands out with #TheToughest breathing new life into the bank’s sponsorship of the GAA Club Championships. In addition, working collaboratively with the bank’s marketing team, it helped repair a once damaged brand and transformed it almost beyond recognition. Elsewhere, campaigns for the likes of Dublin Bus and, more recently, Hunky Dorys and Woodies (the latter’s “Mrs Higgins” TVC made the Top 10 Global Christmas ads of 2020), have served to strengthen these creative credentials.

It hasn’t always been plain sailing, however. This time last year, for example, a last-minute administrative error prevented Rothco from taking part in the pitch for Failte Ireland’s creative account, which was eventually awarded to Core. As the incumbent on the account, Rothco had worked closely with the state-owned tourism authority for a number of years and had created numerous memorable campaigns along the way.

“It was unfortunate,” Carr says, “but in this industry accounts come and go all the time and you can’t dwell too long on it if one does get away. You have to move on, and we’ve always believed, as a business, that our best work is yet to come,” he says.

The role of creativity in realising this will be hugely important. At a time when short-termism in advertising and marketing continues to proliferate, and “the bland sometimes leads the brand”, Carr is passionate about creativity and the role it has to play.

“I think the best definition of creativity that I have ever heard is: it’s the innate ability to constantly challenge the status quo. That is at the heart of what we must do every day on behalf of our clients. Standing still will get us nowhere,” he adds.

As a standalone agency in the past, Rothco’s sheer chutzpah saw it chase and win international business all over the world. This has continued under the Accenture Interactive banner, only now Rothco has the back-up and support of a global organisation to help make it happen.

Carr gives the example of Rothco recently completing work on a major contactless and Covid-sensitive customer experience project that allows international travellers at airports in the Far East to sample a well-known international alcohol brand.

“It’s a good example of how we can add value by utilising the individual parts of Accenture Interactive around the world to work collaboratively,” he says.

“The strategy and concept were developed in Dublin by Rothco, while the UX and artificial intelligence logic was designed by Accenture’s Applied Intelligence team in London. The delivery of the hardware, meanwhile, was overseen locally in Shanghai by Ho Communications, which is also part of Accenture Interactive.”

Elsewhere, Rothco is working with another well-known alcohol brand to launch a direct-to-consumer proposition using Amazon as the platform – a world-first in its category, Carr points out.

“Being part of Accenture Interactive has meant that our ability to scale and pull more levers to deliver the maximum impact for our clients has grown exponentially,” he adds.

“Now, we work on a daily basis with clients both globally and locally alongside the other acquisitions like Droga5 or Fjord or the global content hub, Creative Drive, as well as the rest of Interactive around the world,” he adds.

As the marketing ecosystem continues to grow ever more complex and brands look for new ways to do things and reach consumers, Carr believes many companies and their brands are now ready to embrace the disruptive offerings that the new breed of tech and creative-focused consultancies bring to the table.

“One of our main areas of focus right now is bringing clients the new, and often disruptive perspective on marketing, that Interactive offers,” Carr says.

“For us, the most important thing that we can do right now, however, is to be incredibly relevant to our clients, all of whom are operating in a shifting marketplace.  So, in order to drive our clients’ business forward, we need to be constantly ahead and move at the speed of light,” he adds.

And, of course, continue to shoot for the stars. 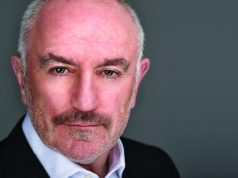 Opinion: Time to Move On from the Great Culture Con 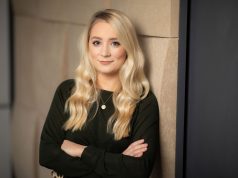