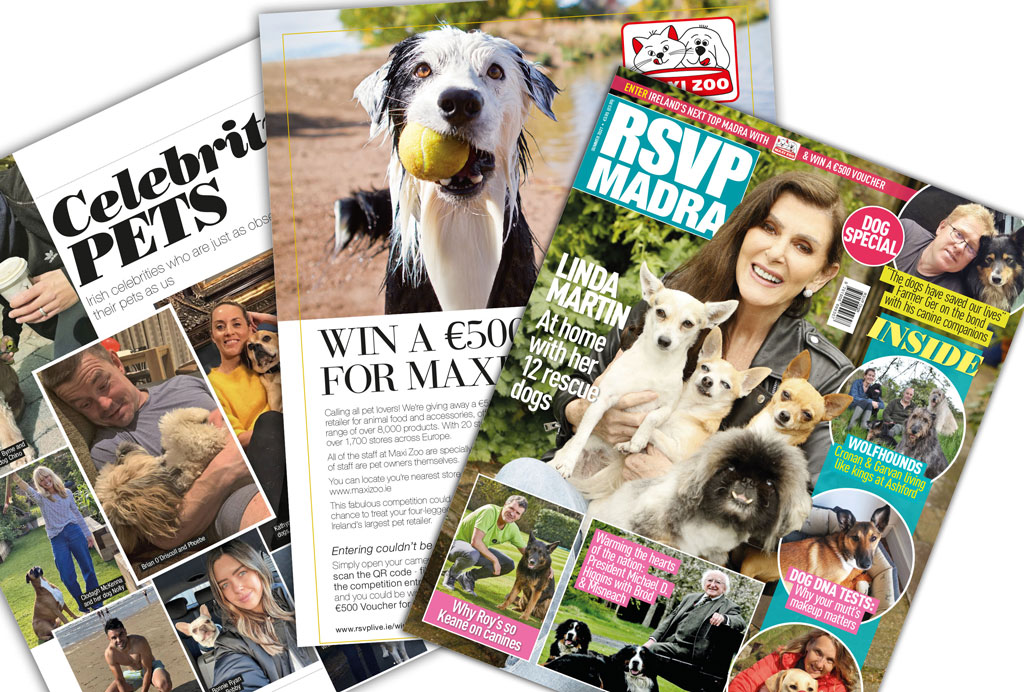 RSVP, which is part of the Reach portfolio, has brought out the second of its special edition magazines planned throughout 2021.

The differently themed, stand-alone specials are guest-edited and published separately to the usual monthly magazine and are available to buy at all usual newsagents where RSVP is sold retailing at €3.95.

The first 64-page special edition, ‘RSVP Country’, came out in March and sold over 15,000 copies, “illustrating the interest in the magazine and also the strength of the RSVP brand in Ireland”, according to Head of Direct Advertising and Events for RSVP, Grainne McDonald.

“The special editions are a brilliant way for us to give RSVP readers something extra content-wise to the regular monthly mag, serving a real demand for positive, feel-good content lately. We specially picked the themes of ‘Country’ to launch followed by ‘Madra’ because they’re topics we know our loyal – and new – readers love to read about.Through these specials, we can also offer our valued advertising partners additional opportunities to get their brands in front of devoted audiences,” she says.

Ireland’s largest pet retailer Maxizoo, which is also the sponsor of the annual ‘Ireland’s Next Top Madra’ competition run by RSVP, also came on board for the madra-themed special that hits shelves this week, alongside the likes of Pet Bond, Dog’s Trust, Phoenix Bark and Irish Dog Food. The dog focused special was event singled out by RTÉ broadcaster Ryan Tubridy on his morning show earlier this week.

Editor of RSVP, Paula Lenihan said: “We are thrilled with the success of our first-ever country music special and excited to bring you RSVP Madra that has been put together by presenter, producer, bestselling author and of course animal lover, Andrea Hayes.

“Country music has been an integral part of RSVP for over a decade and we felt the time was right to take things to the next level by launching Ireland’s first fully dedicated magazine for the industry and the fans, and due to its success, we’re back with another.

“Having country music artist and broadcaster Trudi Lalor on board as editor gave our first special edition a real cutting edge and as we’re a nation of dog lovers, I know RSVP Madra will be another huge hit.

“I would like to thank the readers for supporting us and the talented team at RSVP for putting together another fine publication, which I am very proud of.”