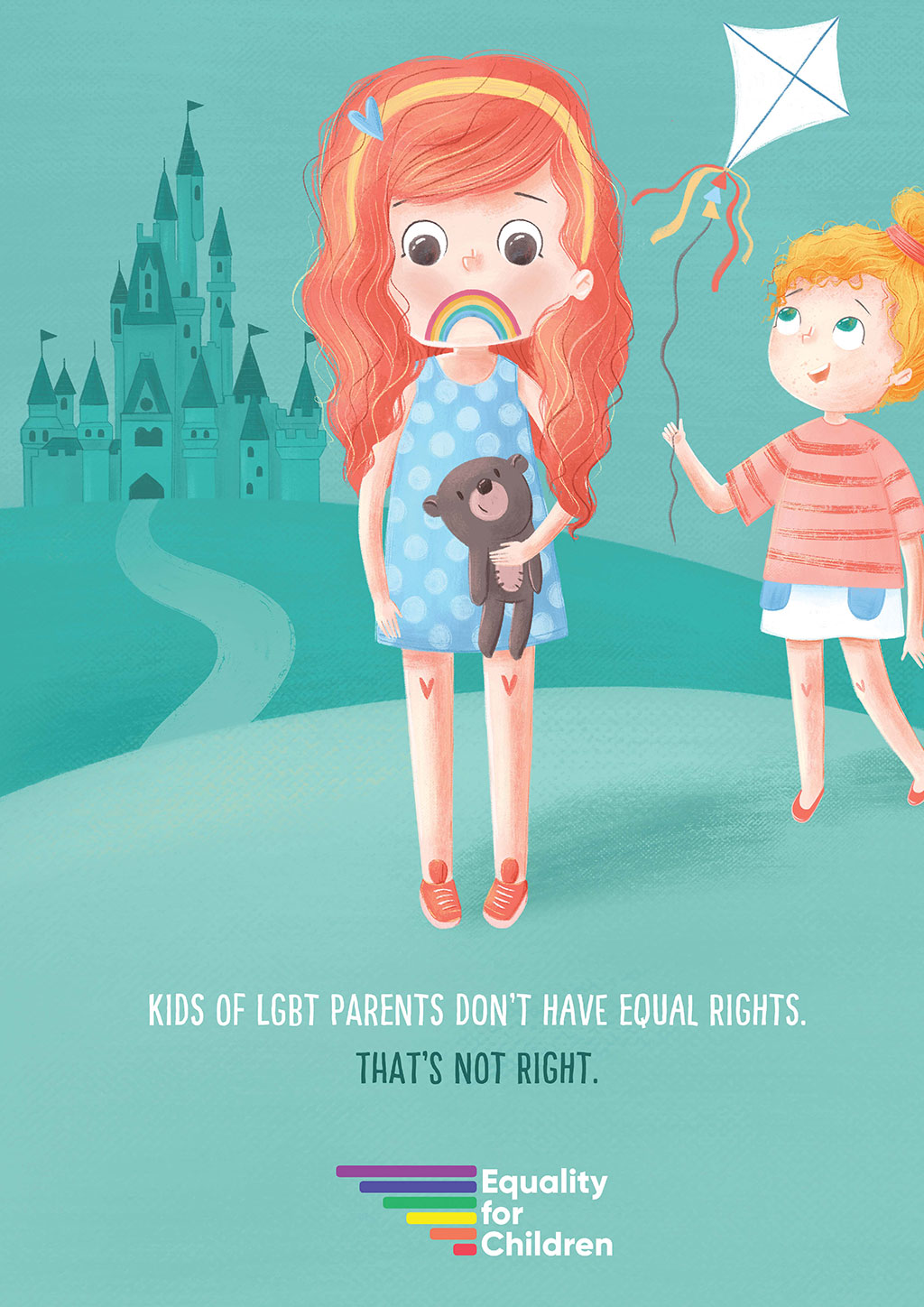 Independent creative agency The Public House have launched a striking campaign aimed at tackling inequality amongst LGBTQ families. Launching this week, the campaign for Equality for Children consists of digital outdoor and social.

The campaign features storybook-style illustrations of children where their smiles are
obscured by a rainbow, causing them to appear upset. There is a misconception that with marriage equality, equality has been achieved. However the legislation needs change to recognise LGBTQ family units for what they are – families – and give equal rights to both parents. This campaign aims to educate the 62% of the Irish population that voted ‘YES’ for marriage equality that true equality hasn’t been achieved. 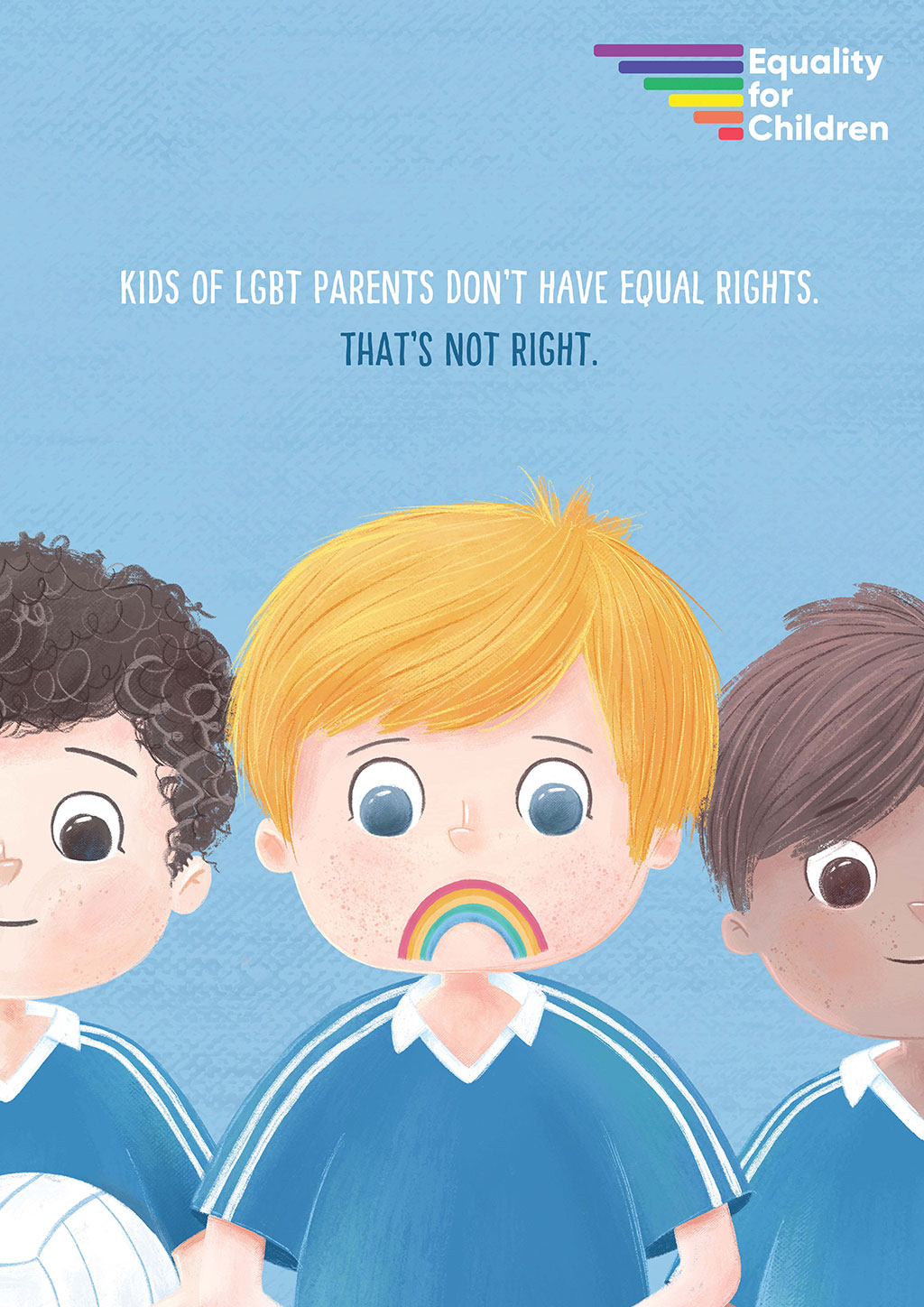 Ranae von Meding, Co-Founder and CEO at Equality for Children said about the campaign “As it stands currently, in the vast majority of LGBT+ families, only one parent can be a legal parent. It’s not equal and it’s not what we voted for 6 years ago. We are so grateful to the team at Public House for working on this striking campaign with us. Our hope is that the ‘crying rainbow’ imagery spurs people on to take action and get involved in our campaign for equality of all children.”

Dillon McKenna, Creative Director, The Public House, added: “We wanted a campaign that would make people feel for these kids – who through no fault of their own, or their parents, are effectively second class citizens. The ‘rainbow sad face’ is such a visual contradiction that it almost requires a double take. We collaborated with the amazing Katya Swan, who created a series of beautiful illustrations for us.”

Equality for Children is a not for profit organisation which was founded by a group of LGBT+ parents who came together to fight for equality for their children. In Ireland, the majority of children within LGBT+ families are prevented from having a legal relationship with both of their parents. The Equality for Children campaign advocates for these families and aims to mobilise public opinion to affect change. 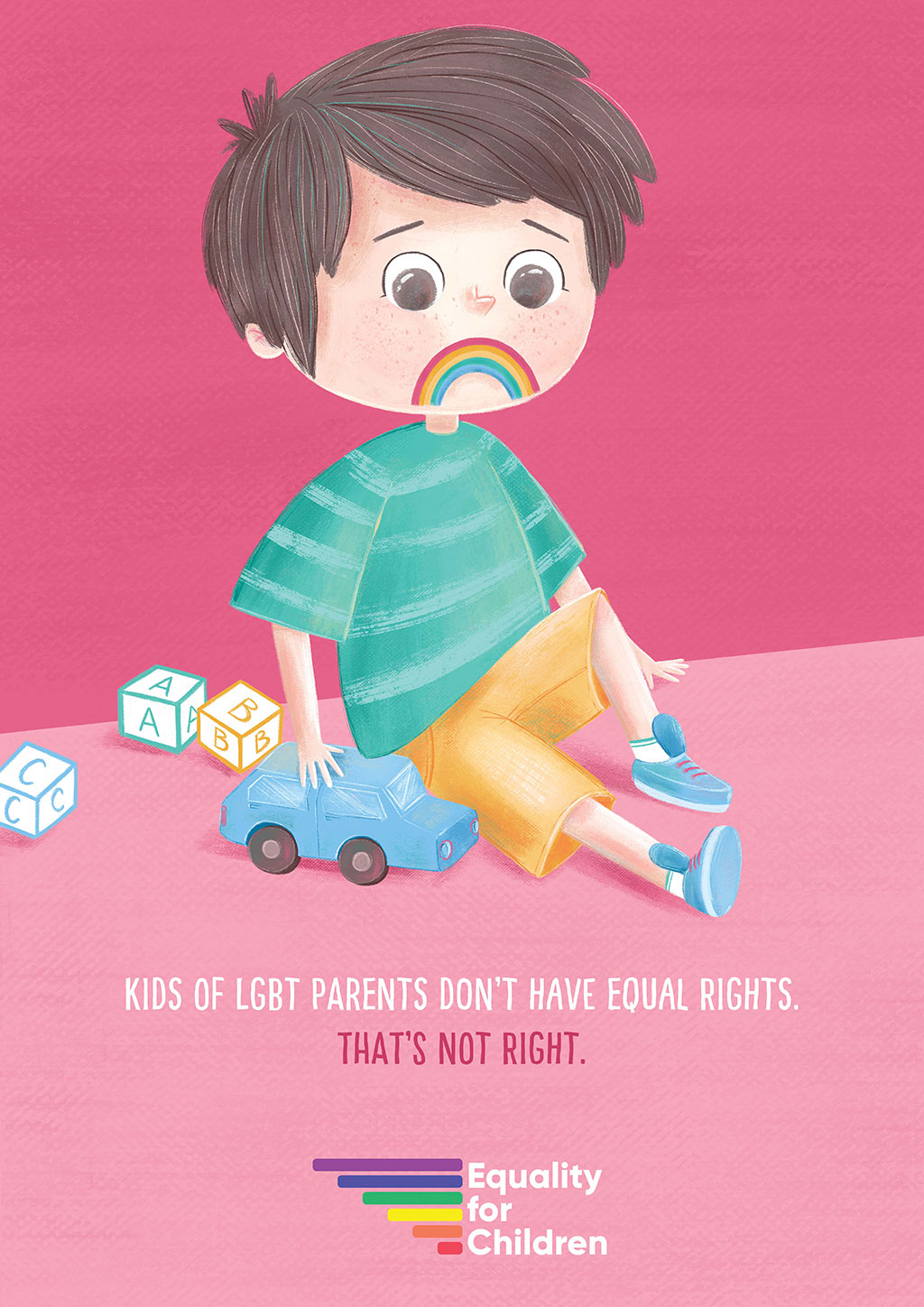