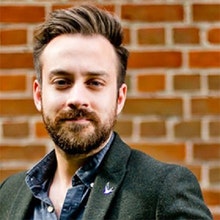 While TikTok’s popularity took off during the pandemic, a new social media challenger in the form of Clubhouse has been quietly gaining millions of new members around the world, writes Sean Early.

The pandemic has changed how we use social media, we’ve retreated into virtual worlds for entertainment, for escapism, for comfort. Globally, we’ve seen a 72% increase in daily social media usage1. TikTok was the undeniable runaway success story of 2020, with the short form video platform adding over 200m to its global userbase in the period from Jan – July2.

Clubhouse is the newest challenger in this space. In existence since March 2020, but coming to the fore in 2021, the voice based social network has risen fast with 10m global users already. The reason for Clubhouse’s newly found status is rooted within its ability to help solve an unmet need as a result of the pandemic; chatting with strangers. Pre-pandemic, the “people-people” amongst us would relish in friendly banter with a stranger at a bar, an elderly person at a bus stop or a fellow shopper in the supermarket. But in a world of 5km limits, household covid bubbles and social distancing we’ve been robbed of these moments of conversation with fellow humans.

The premise of Clubhouse is simple. Users can either host or join a room; these are public spaces where individuals can and listen to a panel of speakers discussing a topic adding their thoughts and comments by raising their hand and requesting to speak. These public rooms disappear once all speakers leave. In addition, to rooms there’s clubs; grouped communities are invite or members only and owned by a team of moderators in which rooms are hosted.

The lack of text and imagery on the platform, beyond user profile pictures is refreshingly sparse. Instead of a social platform that’s trying to do ten different things, Clubhouse is focused on doing one thing well.

Audio formats aren’t new with Twitter and LinkedIn launching voice formats in 2020 capitalising on the long held territory of WhatsApp voice notes however, they’ve been largely deployed as addendums to direct messaging.

Predictably, competitors are launching Clubhouse “killers”. Twitter launched Spaces in December 2020, alongside a fairly cluttered UX (next to Twitter Fleets), Facebook via its Instagram Live Rooms allowing groups of 4 to live video stream together and a rumoured upcoming launch of Live Audio Rooms as an extension of Messenger.

What opportunities does Clubhouse hold for brands and marketeers? It’s early days as the platform is still invite only, but we have seen big names in business dipping the toe including; Elon Musk and Mark Zuckerberg holding court. 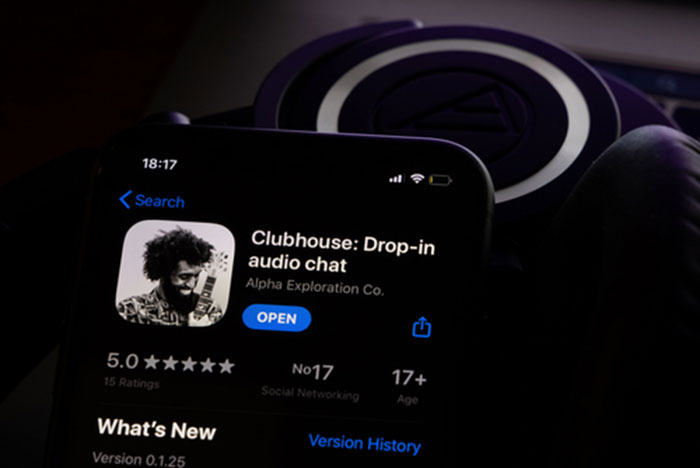 The real-time audio nature could inspire a new generation of chat show hosts or brands with aspirations to sponsor such; much like we’ve seen TikTok change music streaming, could Clubhouse change the talk radio? Podcasters have even taken to the platform to run live shows so perhaps.

Brands have also started testing out Clubhouse’s capabilities; Mailchimp and HubSpot have dedicated clubs on the platform with the expressed intention of digital selling and product education. Recently, Pernod Ricard’s Martell has leveraged the platform to celebrate Black History Month by partnering with Karen Civil to run rooms celebrating black female entrepreneurs.

Currently there is a concern with Clubhouse around moderation as conversations happen within the moment with no capacity for recording. Users can be blocked or reported by other users but it is self-policed to a large extent.

The platform has no ability to direct message other users to collaborate or co-host rooms which necessitates users to include a handle for other channels Twitter or Instagram bio in their profile for off-app communication. There’s also no paid formats on Clubhouse, something we expect to see rolled out in the coming months, as the business looks to commercialise its offering. Resulting from these limitations, promotion in other channels of Clubhouse efforts is nearly as important as running a rooms itself.

In addressing Clubhouse issues, founders Rohan Seth and Paul Davison hold weekly development townhalls on the app where they engage with and listen to users. These forums act as an opportunity for the team to learn from the Clubhouse community on improving the network experience and give insight on functionality pipeline. This has proven valuable in building affinity and making Clubhouse users feel part of something bigger.

Clubhouse is an exciting platform, offering a new way of interacting with likeminded people, during a moment in time when we could all use some more connection. The existential question for the network is; can Clubhouse survive a reopening of society, when we can once again safely shoot the breeze with strangers at the shops, or be subjected to overhearing boring conversations on public transport?