Niamh Manning, marketing executive, with this week’s view from OOH.

This week we publish a new research study, Check/Out, which delves into consumer’s shopping intentions and behaviours. We also include the latest TII traffic data, showing incremental increases in traffic levels over recent weeks and research which shows a greater appetite for outdoor activities.

59% of main shoppers are more likely to plan their purchases in advance of going to the supermarket, in the coming months. That’s one finding from an extensive new piece of research called Check/Out, which we are publishing over the next few weeks on these pages. The study, conducted by PML Group in partnership with Ipsos MRBI, focuses on many aspects of the shopping and home dining experience for Dubliners in 2021.

In the coming weeks we will look at the drivers behind purchase decisions and engagements with OOH advertising in retail environments but this week we kick off with a focus on planning around the shopping trip. The research points to a more considered approach to grocery shopping among females, ABs, married people and those above the age of 45.

Conversely, younger people, single people, males and those in the C2DE social classes are more likely to be more impulsive and less planned as they go for their weekly grocery shop.

The path to purchase is not simply the stretch of road between home and supermarket. At the moment, that path to purchase could begin with a walk in the local park. As society and the economy reopens, that path could be a school run, a commute to the office or a taxi journey to a restaurant. The path may not lead to a physical store but to an online purchase. Engaging consumers when they are both mentally and physically available is within the power of OOH and can be achieved via large format billboards, bus shelters and bus T-Sides as much as POS formats. 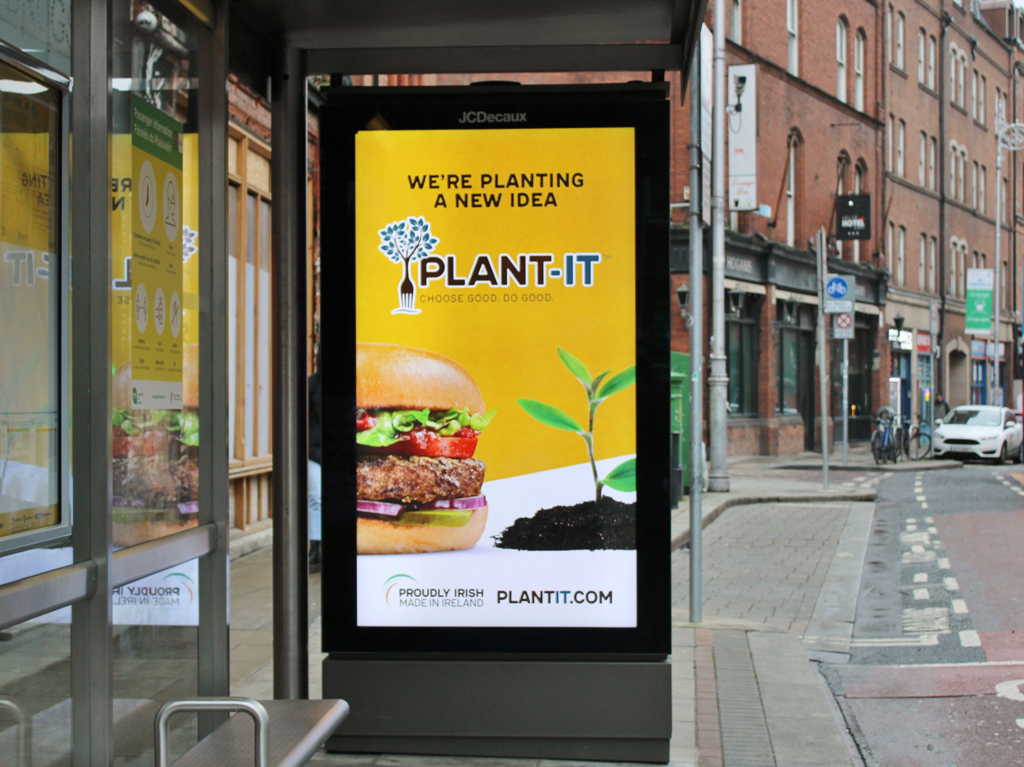 The intended planning of purchases peaks among females 45+ at 69% and the low figure is among males 25-34, at 32%. Half of respondents will be more likely to make an actual shopping list. Among Dunnes Stores shoppers, this reaches 58%.

With restaurants remaining closed and likely to remain so in the short term, home cooking is still high on the agenda for the survey respondents. 52% of females are more likely to plan out the meals they will have at home for the week ahead, while 60% of the 25-44 age group fall into this category. Two thirds of SuperValu customers will be doing more home cooking as will 65% of residents in South Co. Dublin. 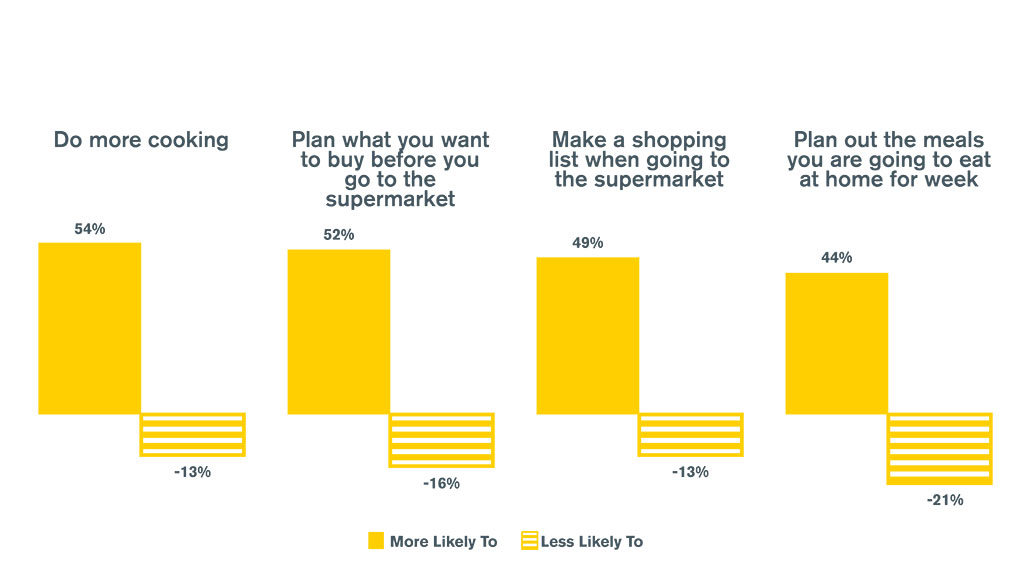 More from Check/Out next week.

TII’s latest traffic trend information, covering the morning period from 7am until 10am and generated from a sample of ten traffic counters located on the national road network, reports a +4.4% weekly increase overall in volumes on Thursday 4th February. There is a consistent week on week increase in traffic volumes since the start the year. 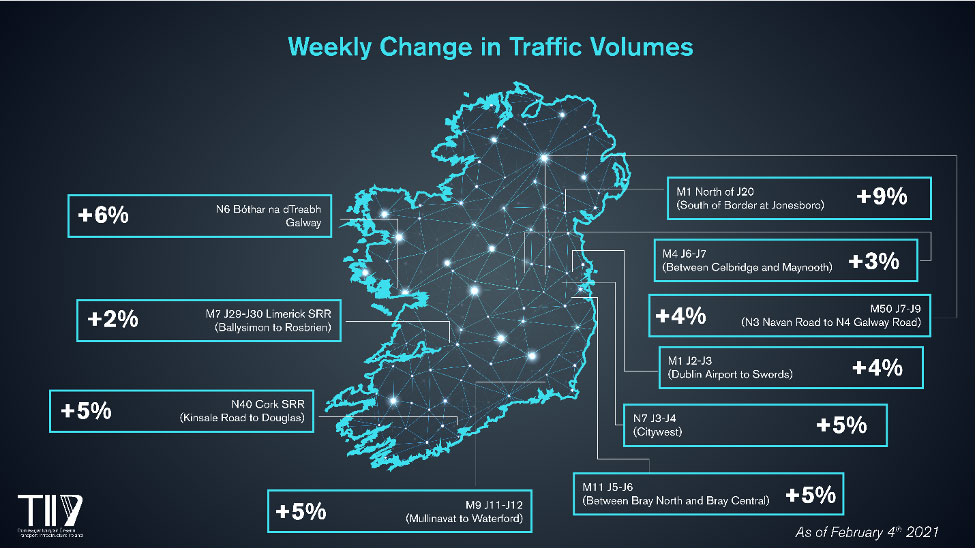 In the case of the regional cities the changes in car traffic volumes this morning as compared with Thursday 28th January are as follows: N6 Bóthar na dTreabh Galway +6%, N40 Cork +5%, M9 Waterford +5% and M7 Limerick +2%.

Dublin remains among top 25 most Congested Cities in World

Dublin is in the top 25 most congested cities in the world, even with the decreased traffic numbers experienced during the pandemic.

This is according to the location technology specialist TomTom, whose annual traffic index details the traffic situation in 2020 in over 400 cities in 57 countries.

Dublin ranked 21st on their index, while Limerick ranked 71st and Cork placed 100 on the congestion index. Belfast ranks as the fifth most congested city in the UK and 104th overall.

Overall, Ireland saw a 27 per cent average decrease in congestion during rush hours in 2020.

Core’s latest report, Health 2021, highlights the nation’s attitudes and intentions towards wellbeing, diet, and exercise for the coming year.

Overall, three quarters of the Irish public consider themselves as healthy or very healthy. Physical activity will be an important element in maintaining a healthy lifestyle in the coming year with 88% intending to ‘make sure they exercise’ in 2021.

The number of people who exercise daily has grown, now standing at 28% up 6% compared to last year. Eight in ten are exercising at least once a week.

With sport and gym activity currently restricted, core suggests that exercising closer to home will be a prime focus in 2021 with individual outdoor activity such as walking, running and cycling making up the majority of exercise that people are currently participating in.

As outlined in the report, the trend of individual outdoor activity will continue and leads the way in terms of intent for 2021 with walking seeing the biggest increase in intentions. Cycling, hiking and running also recorded increased intentions for the year ahead.

Getting outdoors will also be an important aspect for maintaining good well-being in 2021. Social life was another important element when it came to well-being with face to face interactions with family and friends and socialising high on the agenda. 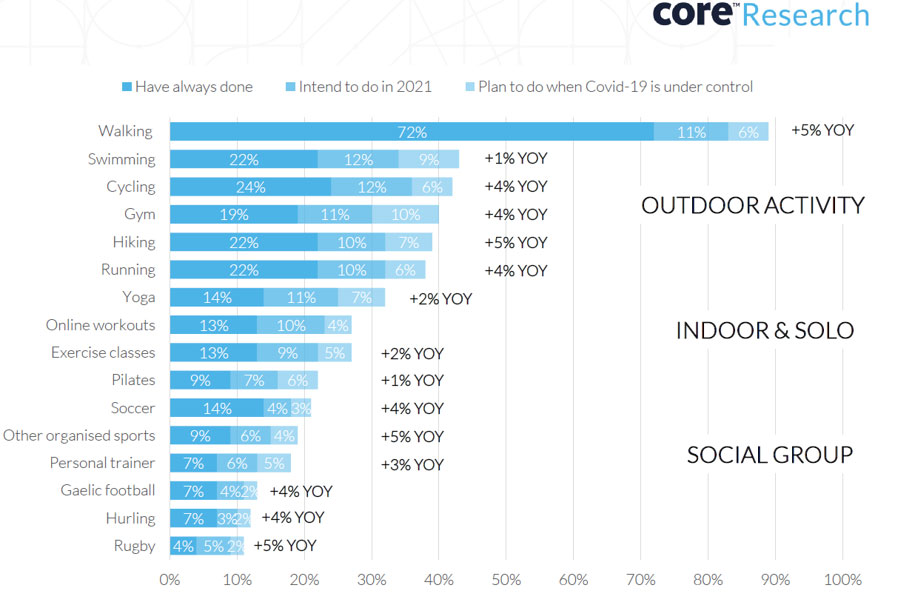 A European focused study commissioned by the European Outdoor Group and It’s Great Out There Coalition reveals a greater appetite for outdoor activities after COVID-19 lockdowns.

In the research report, pent up demand for outdoor pursuits is evident with seven in ten people looking forward to engaging in more outdoor activities post COVID. 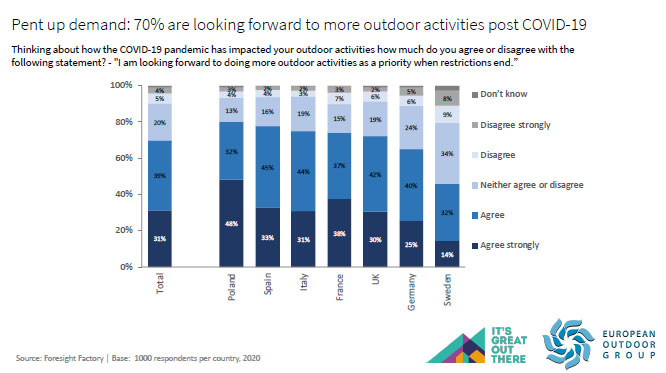 Similar to the Core research, getting outdoors is considered essential to people’s well-being with nearly nine in ten respondents agreeing with the proposed statement.

All in all, both research studies highlight a greater appreciation and appetite for outdoor pursuits and recreation and shows the nation is still moving and active, albeit in a more localised setting.