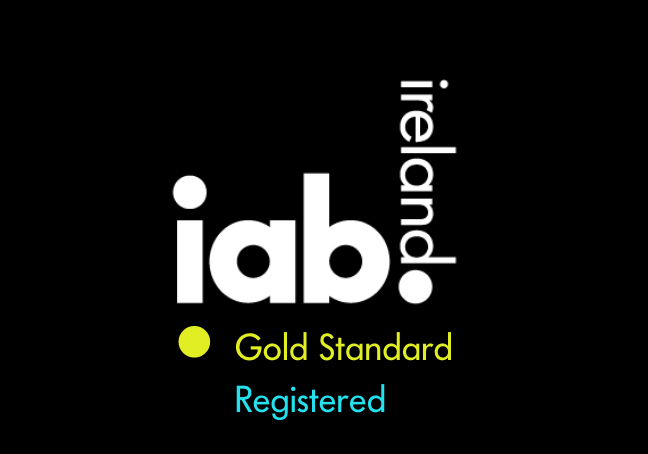 In one of the most significant developments in the Irish digital advertising market in recent years, IAB Ireland has introduced the Gold Standard, a series of initiatives that are aimed at reducing ad fraud, increasing brand safety, improving the advertising experience for users while creating greater cross-industry transparency around consumer data.

The Gold Standard was developed by IAB UK and it has been widely adopted by the UK digital ad industry. So far, 14 members of IAB Ireland have applied to be accredited including DMG Media Ireland, News Ireland, Google, Facebook, INM, Reach, Verizon and The Irish Times Group. In addition, media agencies and groups including Core, Dentsu Ireland, Group M Ireland, Havas Media Ireland, IPG Mediabrands and OMG Ireland have also signed up.

“This is a very significant step forward for the Irish digital advertising industry and we are delighted that so many of our members have immediately jumped on board and are already registered for the Gold Standard,” says David Monaghan, head of commercial, News Ireland and Chairperson of IAB Ireland.

Companies that register for the Gold Standard will also be required to complete a period of training within six months of registering before they can be accredited.

The Advertisers Association of Ireland (AAI) and the Institute of Advertising Practitioners in Ireland (IAPI) have both welcomed IAB Ireland’s introduction of the Gold Standard and encourage all companies in the digital advertising industry to support this important initiative.

“The Gold Standard has successfully driven positive change from within the UK digital ad industry. It is not surprising that advertisers are now committing to prioritising working with Gold Standard suppliers and partners. We are very grateful to our colleagues in IAB UK for their support of IAB Ireland’s introduction of the Gold Standard and we are looking forward to collaborating in delivering this set of rigorous standards to deliver a healthy and sustainable Irish digital advertising industry,” says Suzanne McEllligott, CEO of IAB Ireland.