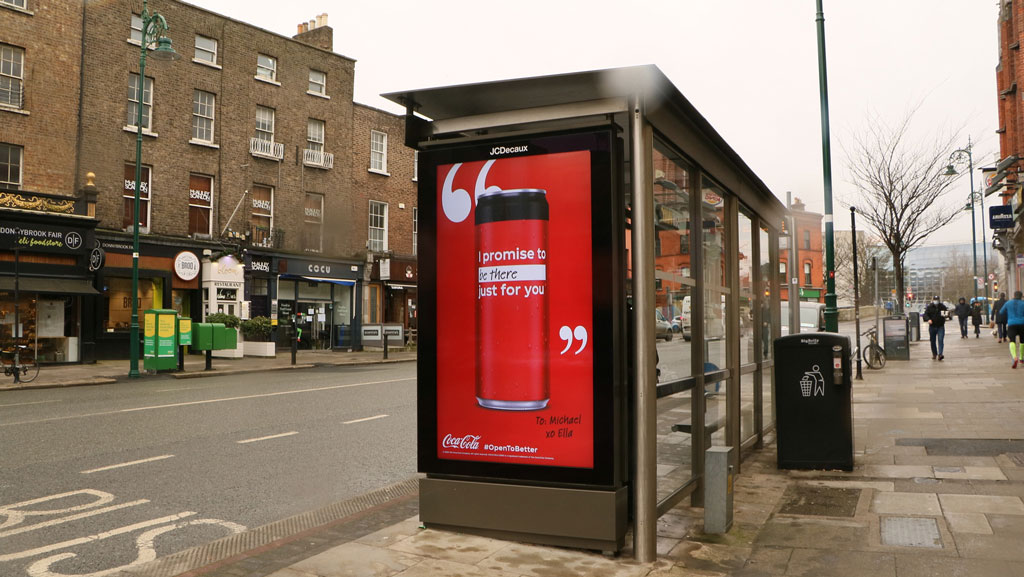 The new cans will include phrases such as ‘I promise to listen more, just for you’, ‘I will never watch a series without you again’, and ‘I’m not the best at cooking but I’ll try’. Consumers also have the opportunity to personalise Coca-Cola, Coca-Cola Zero Sugar or Diet Coke cans at coke.ie/opentobetter in Republic of Ireland and at coke.ie/opentobetter in Northern Ireland and make their own personal pledges. Working closely with MediaCom, the team has devised an OOH campaign featuring a series of these positive and light-hearted resolutions.

The nationwide campaign utilises OOH and Digital Out of Home (DOOH) formats to engage with target audiences. To ensure reach, the OOH formats are strategically placed at locations with high levels of activity during the current movement restrictions, including digital Point of Sale (POS) located in essential retail outlets and residential areas. 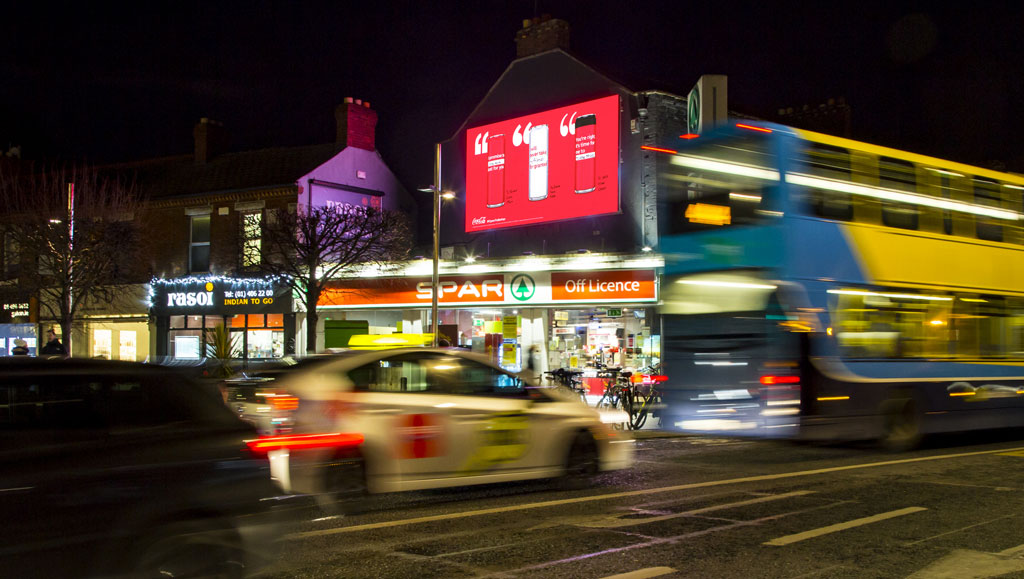 The ‘Open to Better’ campaign is running from the 28th of December – 24th of January on bus shelters, Digipoles, Digipanels, Digishelters and digital POS formats.

Brian Nolan, Account Director at Kinetic said “We are delighted to be working with Coca-Cola in collaboration with our partners MediaCom on this uplifting campaign. The ‘Open to Better’ packaging and campaign creative encourages consumers to think positively in 2021. The campaign also highlights the importance of strategic planning during the Level 5 lockdown, as we looked at locations that would retain a strong level of footfall, despite the increased restrictions. As consumers take essential journeys to retail outlets and for exercise, the eye-catching creative will alert them to the ‘Open to Better’ campaign.”

Karen O’Shea, Marketing Manager at Coca-Cola Ireland said: “At Coca-Cola, we see the world through a glass half full, not half empty lens, and want to encourage people to take positive action and grasp every opportunity in 2021. By having these relatable crowd sourced sayings take over our iconic cans and by handing over Coca-Cola cans to consumers to personalise with their own #OpenToBetter pledges we hope we can help inspire them to make their resolutions a reality in the new year ahead.”