Last week we published details of The Media Impact Study, detailing the channels that Dubliners felt would be most effective in drawing their attention in the coming months. One take-out from the research was that, when compared to the same study six months earlier, all media bar OOH showed a decline in effectiveness, with OOH pretty much static. This could reflect a degree of media exhaustion among the public as we have been bombarded with information and messaging (much of it negative) in the last ten months.

This week we see a similar theme emerge from our Creative Impact Study. Again, our focus is on the public themselves and what they find desirable in advertising at present and for the next few months ahead. And again, we can compare these findings to our study six months ago. Like media, there has been a general drop off in the scores associated with all the different themes of advertising we put to our 300 respondents. Although the ranking of these themes remains broadly similar the scores of each of them has fallen away slightly.

It suggests that in the year ahead advertising is going to need to work harder to connect and engage, across all media. Being entertaining was what all demographics wanted most from ads six months ago and although that’s still the case for the majority it is no longer the case across the board. For instance, 35-44s have more of an interest in hearing about the qualities of the product or service in question – perhaps a reflection of shifting priorities as the realities of this pandemic and its implications set in. Some key findings are outlined in the graphics below. 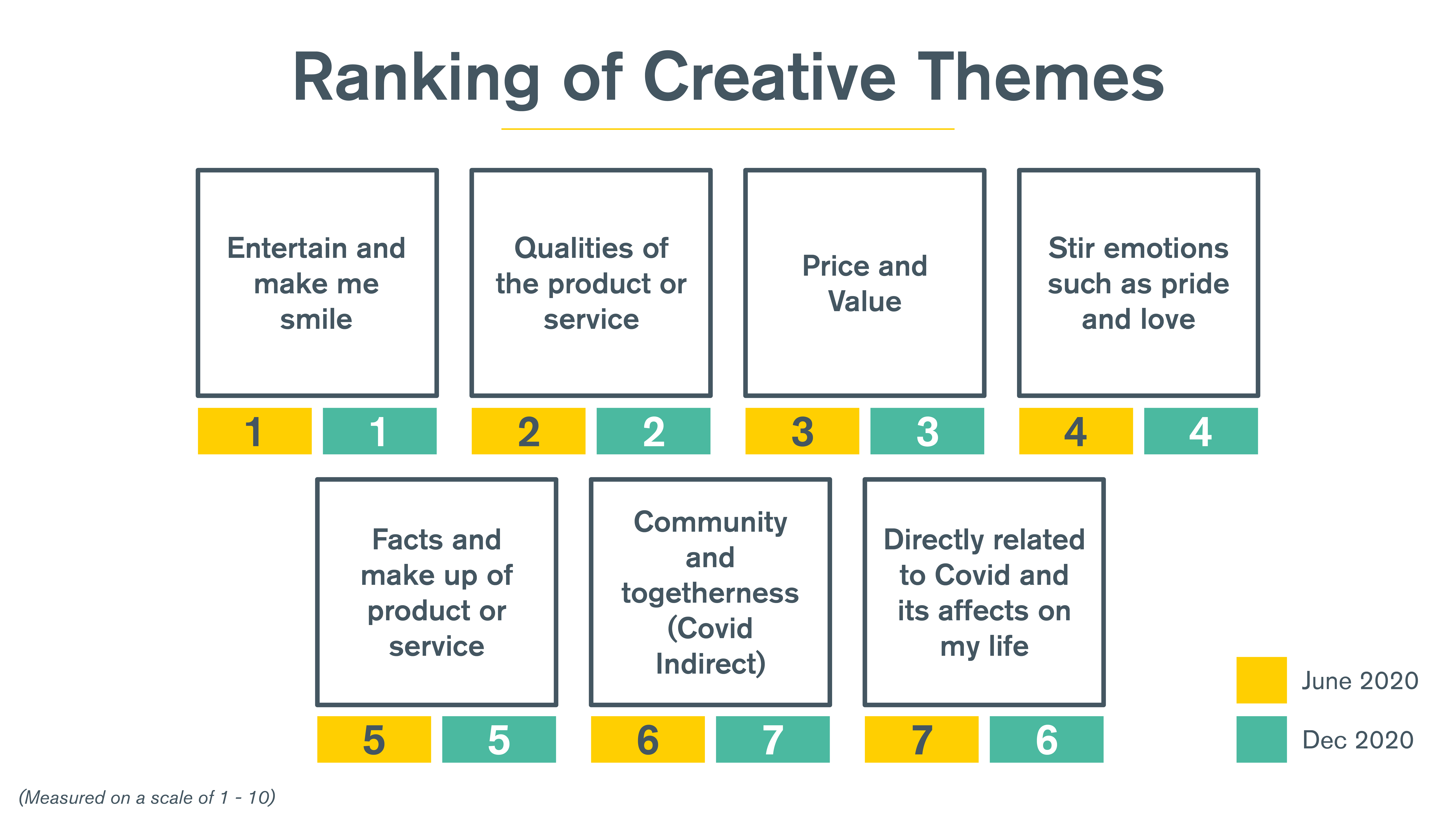 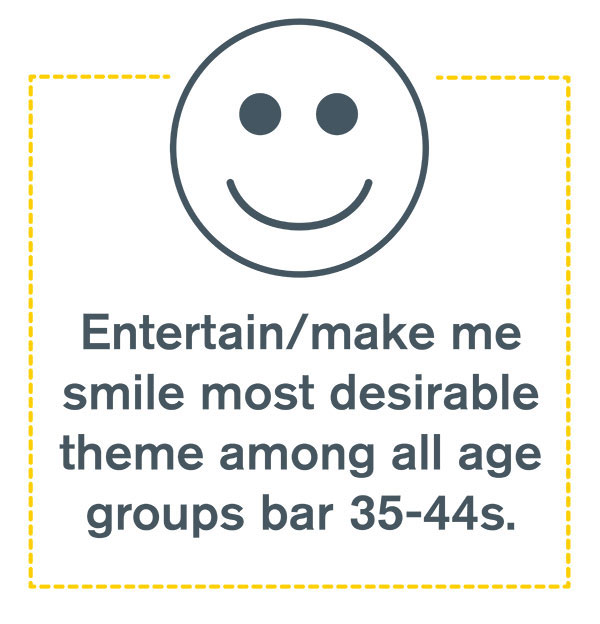 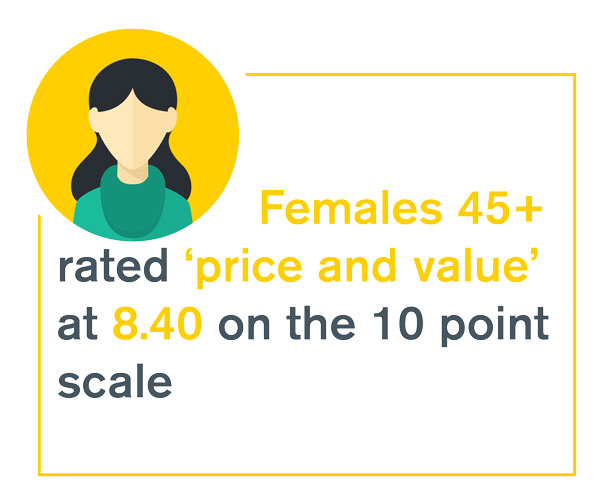 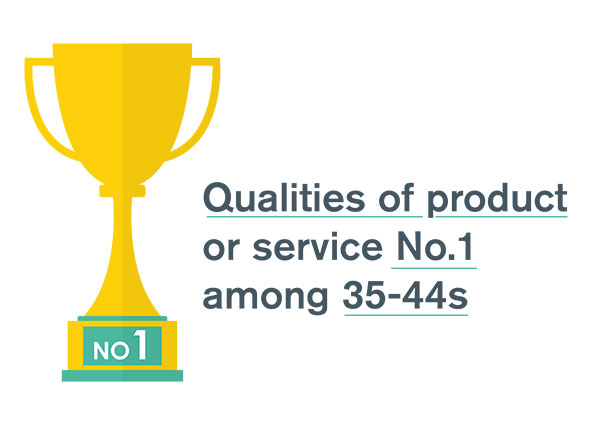 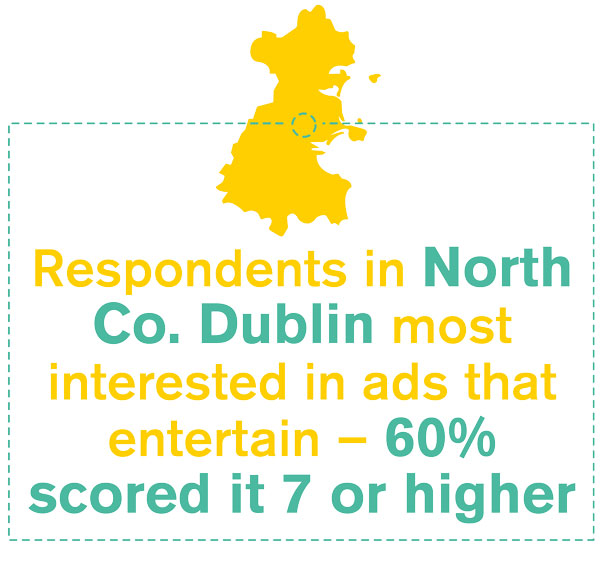 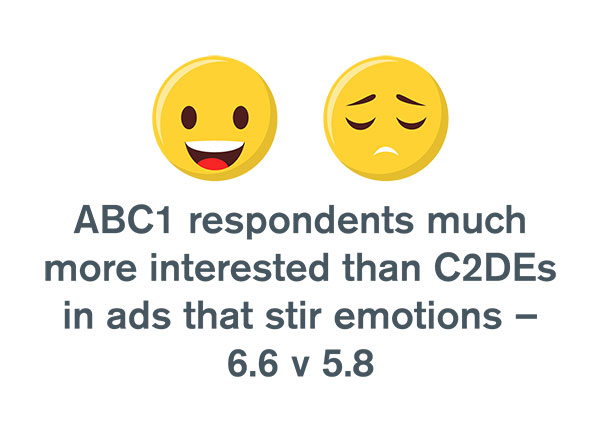 What New Year’s resolutions tell us about consumers in 2021

New Year’s resolutions are one of the best glimpses we get into where consumers’ heads are at.

An initial glance at GWI’s 2021 resolutions may look similar to previous years, but there are important nuances that highlight growing trends in the market – with goals centred around wellness and self-care gaining the most ground since last January.

Social isolation and financial uncertainty have magnified stress levels and appreciation for wellbeing. The push for more relaxation has also drawn in a new audience. Among those who don’t usually make a resolution, but are making an exception this year, mental health is their second highest priority. 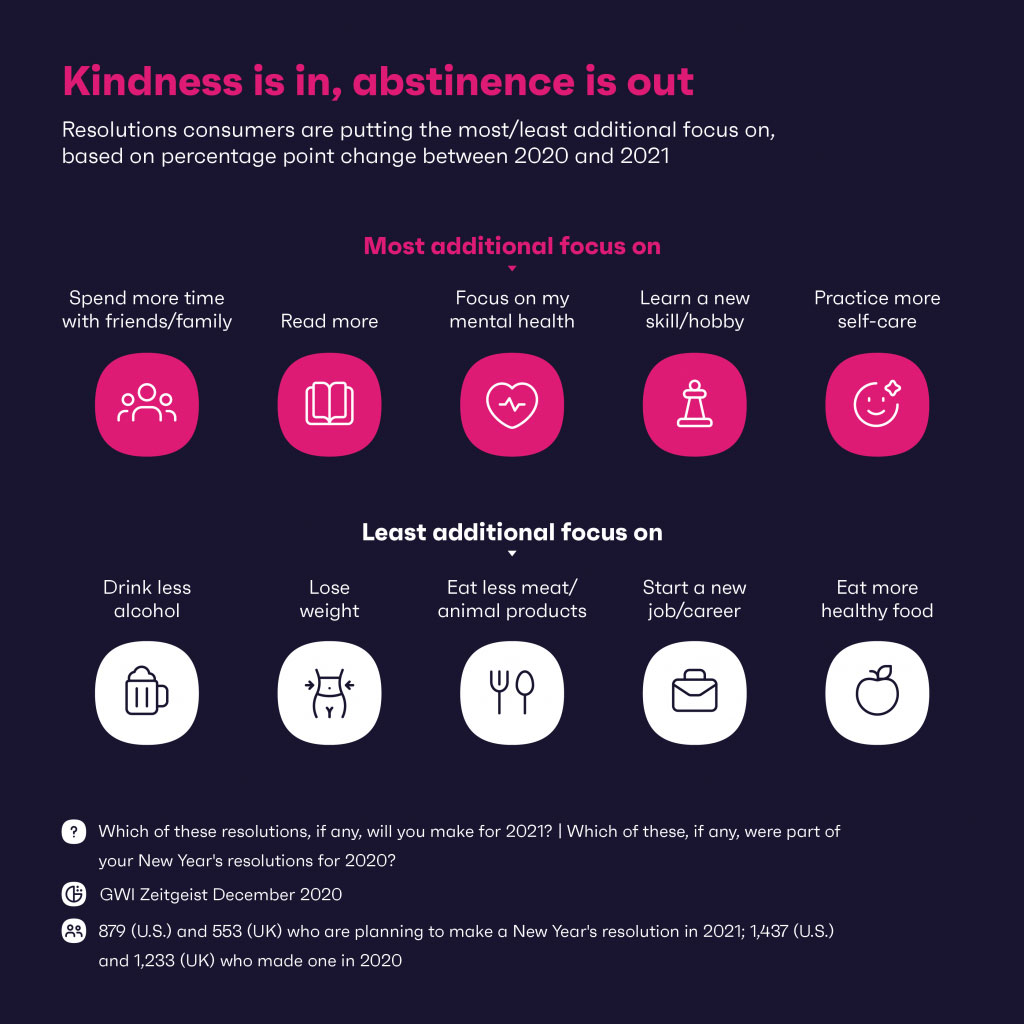 Of all the resolutions listed, drinking less alcohol is the only one that shows a drop-in engagement – with losing weight, eating healthily, and reducing meat intake seeing the smallest increases. They still place high on the charts, but this year has shifted the balance slightly in favour of mental wellbeing and quality time. 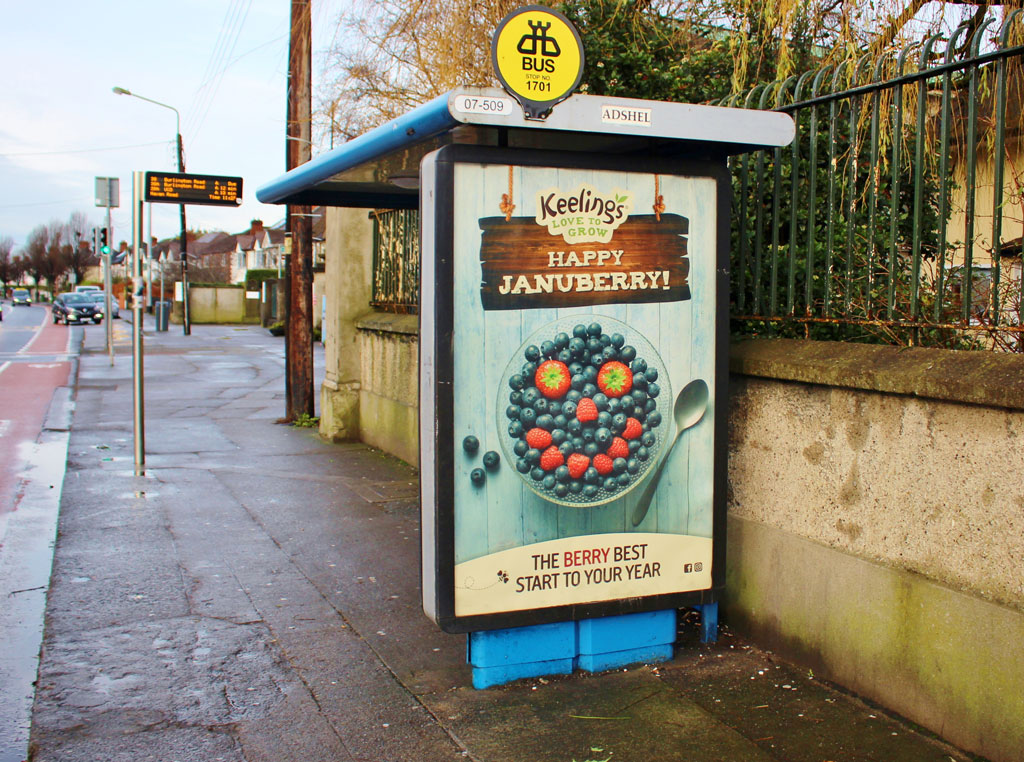 Compared to a resolution like losing weight, practicing self-care is less concrete and harder to measure, which at least makes it something any brand could potentially pitch in to help with.

More than 80% of Irish consumers said they more likely to shop local online or in-person according to new research (of over 1,900 people) carried out by Amárach and the Local Enterprise Offices as part of their “Look for Local” campaign.

Of those surveyed, eight out of 10 said that they were aware of campaigns encouraging individuals and businesses to look locally when buying goods or services. 84% of respondents said they were more likely to shop locally online this year. In addition, 80% said they would look to support local in-store. 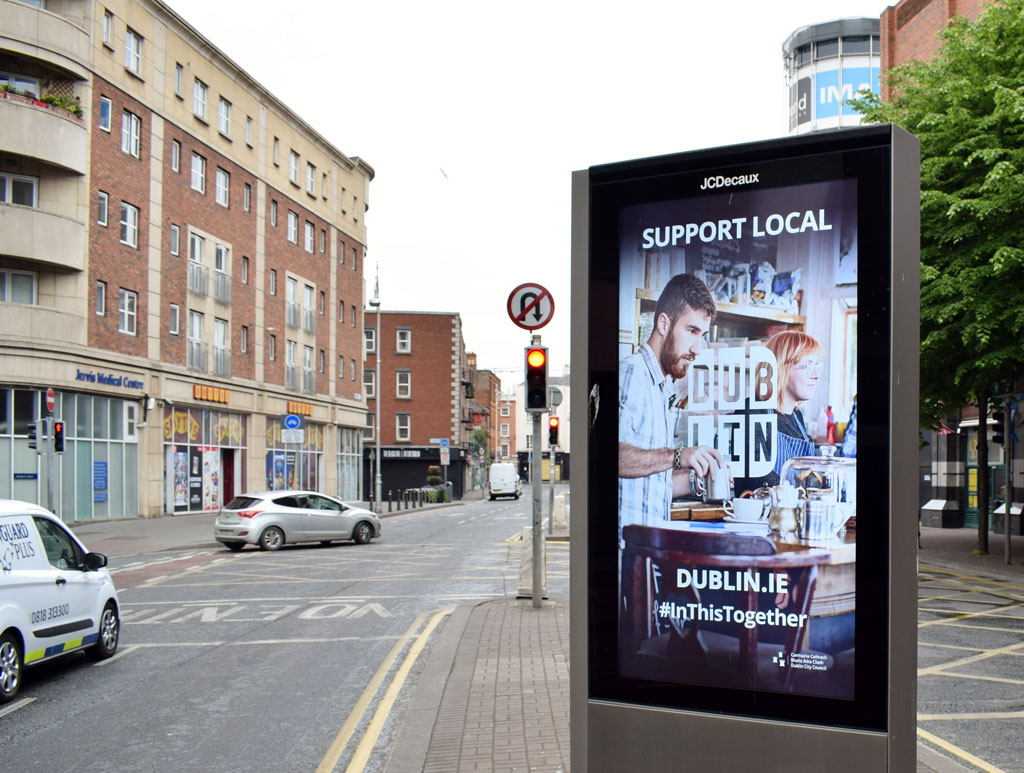 82% of Irish consumers are now more likely to buy local, either online or in-store, this year, compared to 2019.

This week Core published its ‘Predict 2021’ report which explores the public’s expectations for the year ahead.

The study indicates that well-being will be a top priority coming into 2021 with predictions related to health topping the list for the coming year. 85% of the public believe more mental health supports will be needed, making it the top public prediction for 2021.

The report also highlights how time spent outdoors soared in 2020 and this is a behaviour which looks set to continue. The study reveals that three quarters of the public say it is personally important to them that they spend more time socialising outdoors in 2021. 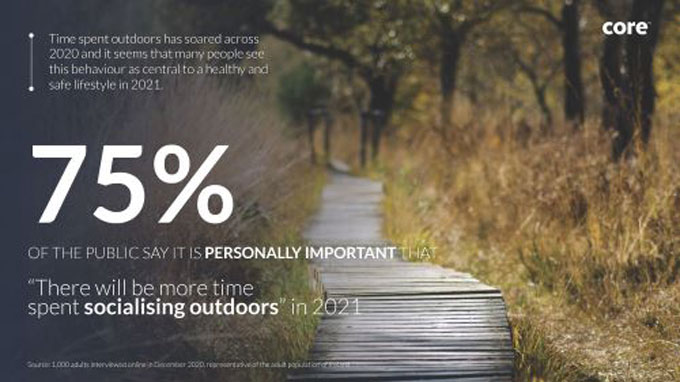 With uncertainty still lingering around international travel, the staycation trend experienced last year is likely to continue with 77% expecting more people will holiday at home in 2021.

Although 2020 saw our collective behaviour drastically shift, the majority of the respondents expect people will return to behaving exactly as they did before COVID-19, while one in three expect people to sustain the habits they picked up during the pandemic.

New figures from Kantar reveal December was the busiest month for grocery sales ever with a record breaking €1.2billion spent in December.

As we prepared for a Christmas like no other and navigated new lockdown restrictions, the average shopper spent €134 more on groceries in December compared to last year. The busiest shopping day of the year was recorded on Wednesday 23rd December with almost half the Irish population hitting the supermarkets.

Festive favourites proved popular with consumers, an extra €6.7m was spent on chocolate confectionery, an additional €3m spent on cheese and alcohol sales soared by 33%.

Dunnes Stores continues to hold the biggest share of the market at 22.5% for the 12-week time frame. Kantar noted that shoppers spent more per trip than in any other retailer, growing Dunnes sales by 11.4%.

SuperValu and Tesco have equal share of the market at 22.1%. Kantar reported that shoppers visited SuperValu more frequently, adding up to an extra 730,000 trips while consumers completed bigger shops in Tesco.

Lidl was the fastest growing retailer in the period, aided by alcohol sales growing by 70% in the months leading up to Christmas.  Aldi held an 11% share of the market and increase its sales by 16% year on year.

As we have seen in previous lockdowns last year, the essential retail space takes on a new importance for consumers. The continued stream of supermarket figures being released highlights the opportunity the retail environment offers brands to maintain presence and develop relevant POS communications that resonant with audiences.

The OOH medium also presents an opportunity for brands and advertisers to influence consumers on their journey to stores, as it is the medium most consumers will encounter last – whether that’s en-route, in supermarket car parks or at the entrance to the store. 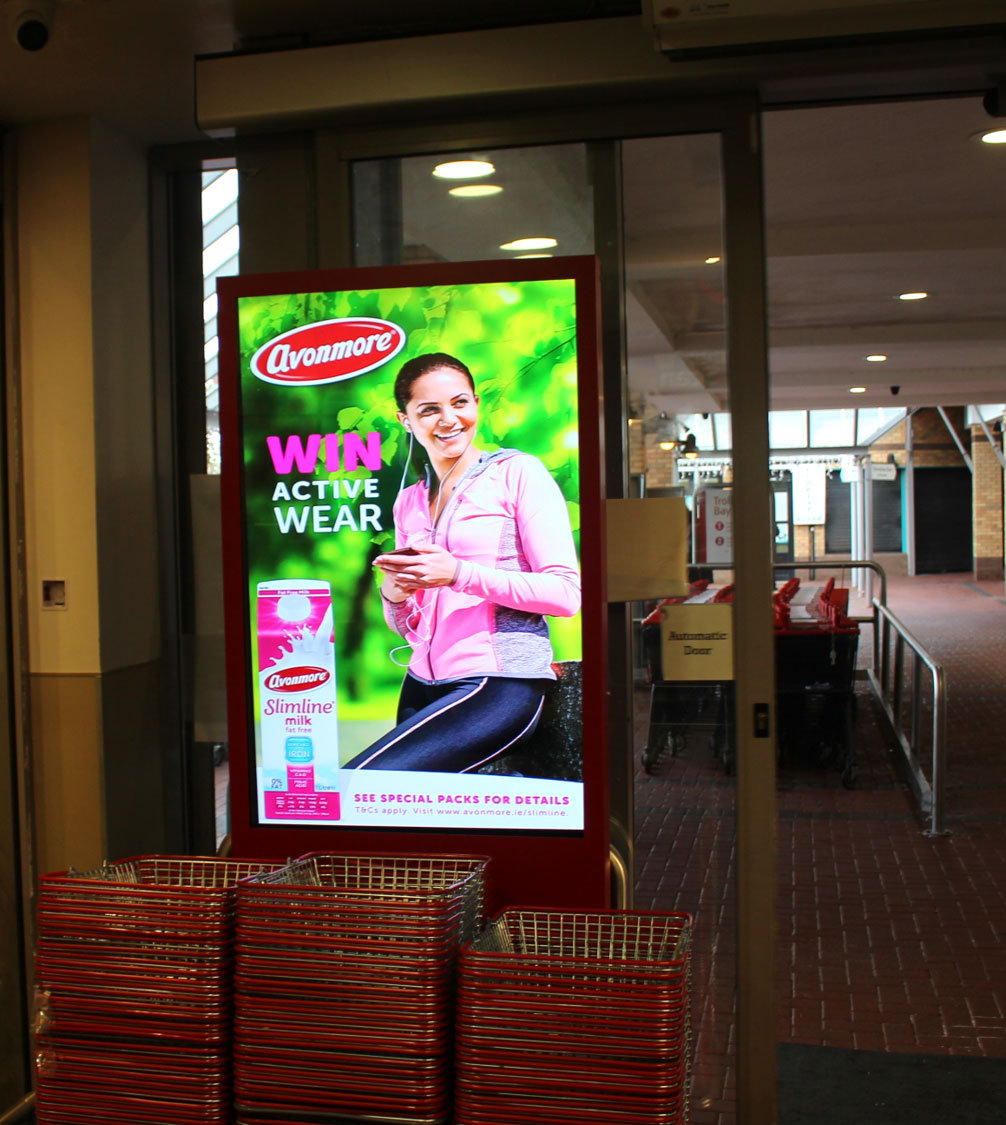 The Return to Retail

As we emerged from lockdown 2.0 at the beginning of December, the research shows that consumers returned to physical retail outlets ahead of the Christmas shopping rush. Revolut reports that 64% of all consumer spending was carried out in store.

All retail sectors saw an increase in sales in December. Spending in toyshops increased by 45%, sportswear stores saw sales increase by 53%. Spending in jewellers was up 17% compared to last year while sales in clothes stores jumped by 16%.

One for the ‘eggomaniacs’ out there. Congratulations to Cadbury Crème Egg, this year celebrating its Golden Goobilee! For many of those years, one of the nation’s favourite treats has been a welcome addition to the OOH landscape at this time of year. This year’s campaign looks as great as ever and for the week that’s in it we’ve raided our Posterwatch archives to share some classic eggsamples. Have a Goo weekend! 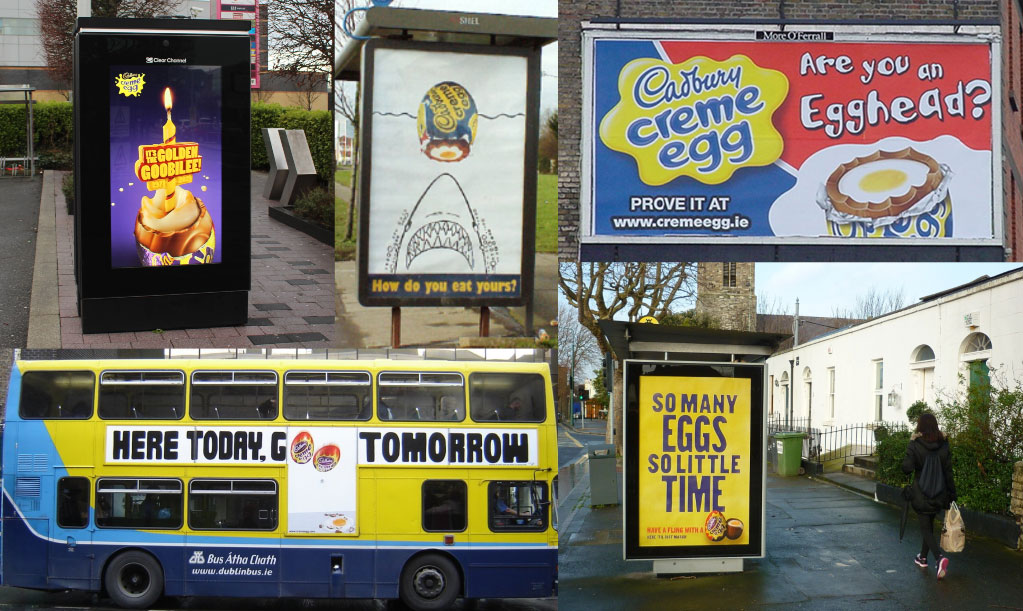