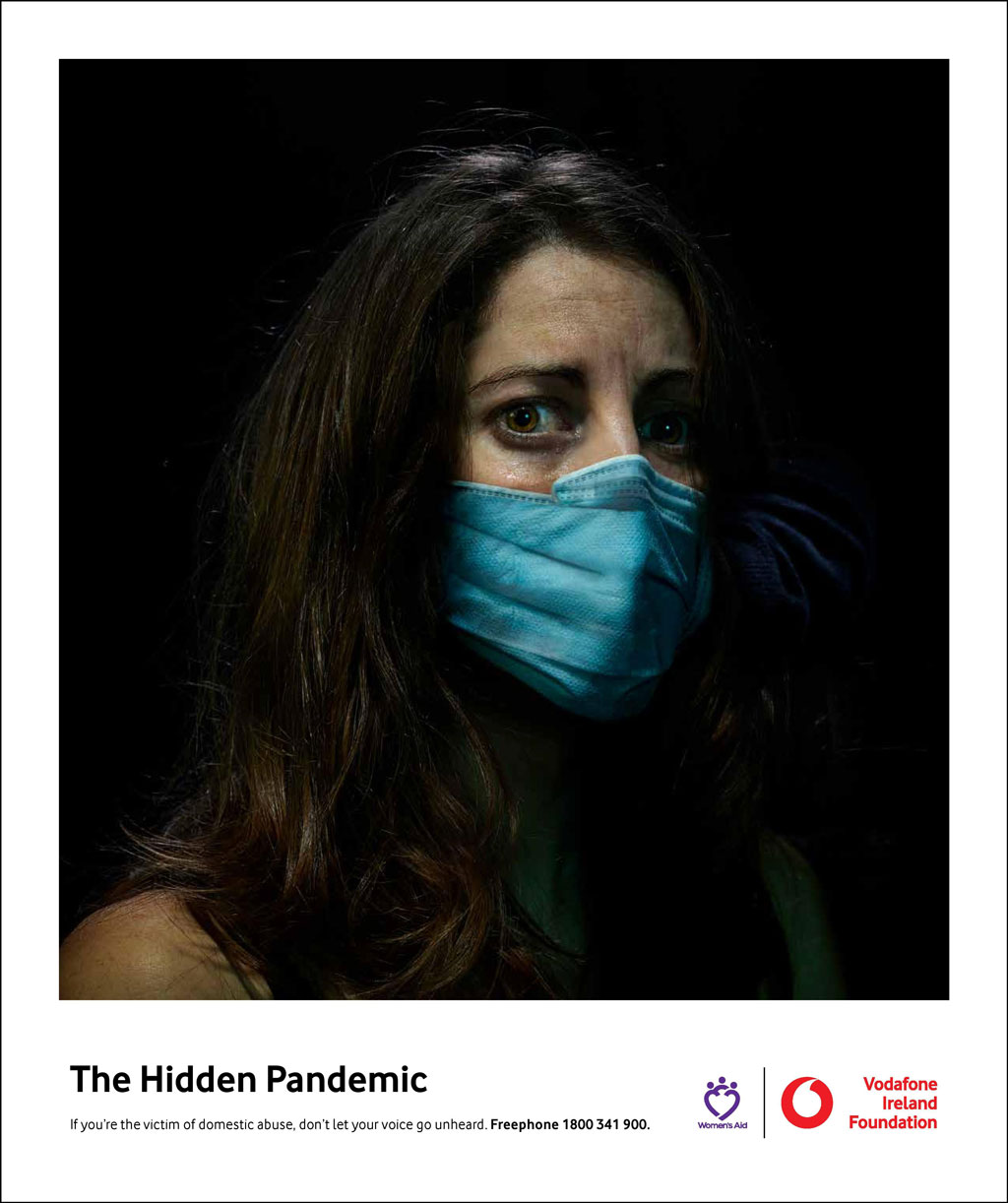 Vodafone Ireland Foundation, in partnership with Women’s Aid, has launched a powerful new press campaign that was created by Dublin based creative agency Folk Wunderman Thompson.

The campaign  portrays the scale of silence endured by victims of domestic abuse, in particular behind the mask of COVID-19. 1 in 4 women in Ireland who have been in a relationship have been abused by a current or former partner. During lockdown, Women’s Aid have responded to a 43% increase in calls from women suffering domestic abuse.

The powerful campaign image focusses on the face mask, a symbol that has become synonymous with the COVID-19 pandemic, which has been morphed with a hand to portray that domestic abuse victims have been silenced more than ever this year.  The visual gives viewers an opportunity to comprehend how the impact of the lockdowns, isolation and social distancing have not only created environments for domestic abuse to thrive, but have also hidden victims even more as they’re compelled to wear face masks in line with public guidance.

According to Liz Roche, Head of Vodafone Ireland Foundation, Vodafone Ireland: “The domestic abuse figures are stark, particularly this year. We’re mindful of the impact that long periods of lockdown will have had on victims and with the situation ongoing it’s going  to be difficult for many of them in 2021. We hope that with this campaign, we can shine a light on this ever-present pandemic and provide much needed support to victims.”

Jonny Cullen, Creative Director Folk Wunderman Thompson adds: “We wanted to do something that would place a strong spotlight on the impact that this year has had on the number of women that experience domestic abuse every day in Ireland. Most of us are largely unaware of the scale of abuse in Ireland as it often goes unnoticed. Signs of coercive control could be right in front of our eyes and we might not realise it, especially now that’s it’s hidden behind a mask too. This calls for us to be even more aware of signs of domestic abuse and that there’s a need to help now more than ever.”