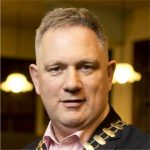 Padraig McKeon has been re-elected to serve a second two-year term as President of The Public Relations Institute of Ireland (PRII) at its AGM this week. McKeon is an independent corporate communications consultant with over 30 years’ experience in Ireland and overseas including six years as managing director of Drury Communications.

A Sligo native, he is also an Associate Lecturer on the MSc in Public Relations and Strategic Communications at Dublin City University, a Fellow of the PRII, and has Chartered Practitioner status from the CIPR (UK). 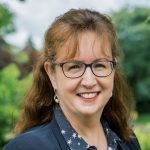 The AGM also approved the awarding of Life Fellowship to Ann-Marie O’Sullivan, MD, AM O’ Sullivan PR, Cork. This is the highest honour that the PRII can bestow on a member. Life Fellows have championed by example the highest standards and implementation of the profession.