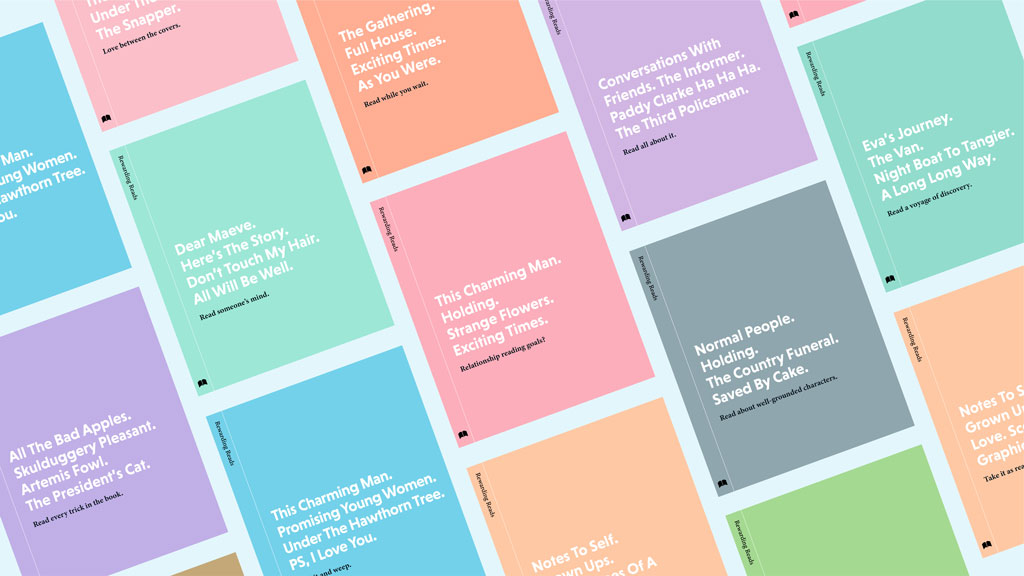 TBWA\Dublin has created a new campaign for Creative Ireland and Libraries Ireland to encourage people to read and to use their local library.

The campaign, Start a New Story, also celebrates the wealth of Irish fiction that is available in local libraries while at the same time highlighting the extensive online library services still available even while lockdown restrictions remain.

#StartANewStory uses prominent Irish book titles across a variety of genres and styles to generate a new story across each piece of creative. These creative stories will appear on TV as part of RTE’s Supporting the Arts initiative as well as various outdoor locations across Dublin city throughout November and as part of an extensive social campaign from both Creative Ireland and Libraries Ireland.

The campaign will engage Ireland’s readers to interact online by creating their own book title story version and share their own ‘rewarding reads’, promoting the positive aspects of reading, particularly in these challenging winter months.

Each of the titles, available from local libraries, works side by side with another to create an unexpected new title. By way of example, four titles that create a new story include Milkman. The Mammy. A Modest Proposal. The Snapper. Another example, this time with a romantic twist  is This Charming Man. Promising Young Women. Under the Hawthorn Tree. PS. I Love You.

According to creative directors Dillon Elliott and Clayton Homer: “With a second lockdown upon us, escapism has never meant so much. This was a wonderful opportunity that our team took with the excellent people in Creative Ireland and Libraries Ireland to remind everyone that while we’re stuck indoors, there aren’t many better ways to stimulate your imagination and mental health than by reading a book. All done in the most thought-provoking and intelligent manner.”

Director of Creative Ireland Programme, Tania Banotti adds: “The Creative Ireland Programme works closely with libraries up and down the country. We want to celebrate that collaboration. We loved the cheeky striking copy in this campaign. TBWA made sure to use well known book titles but in a fresh way. The public are welcome to join in and compose their own flash fictions using Irish book titles”.

“We are delighted with the Rewarding Reads campaign – a truly creative campaign that highlights the resources available to everyone at their library, even during Covid-19 restrictions. Libraries are synonymous with books and literature so having the opportunity to spread the word about how people can access the best of Irish writing in a unique and eye-catching way is very exciting for us”, adds Ruairí McKenna, Communications Officer in Libraries Ireland / LGMA.