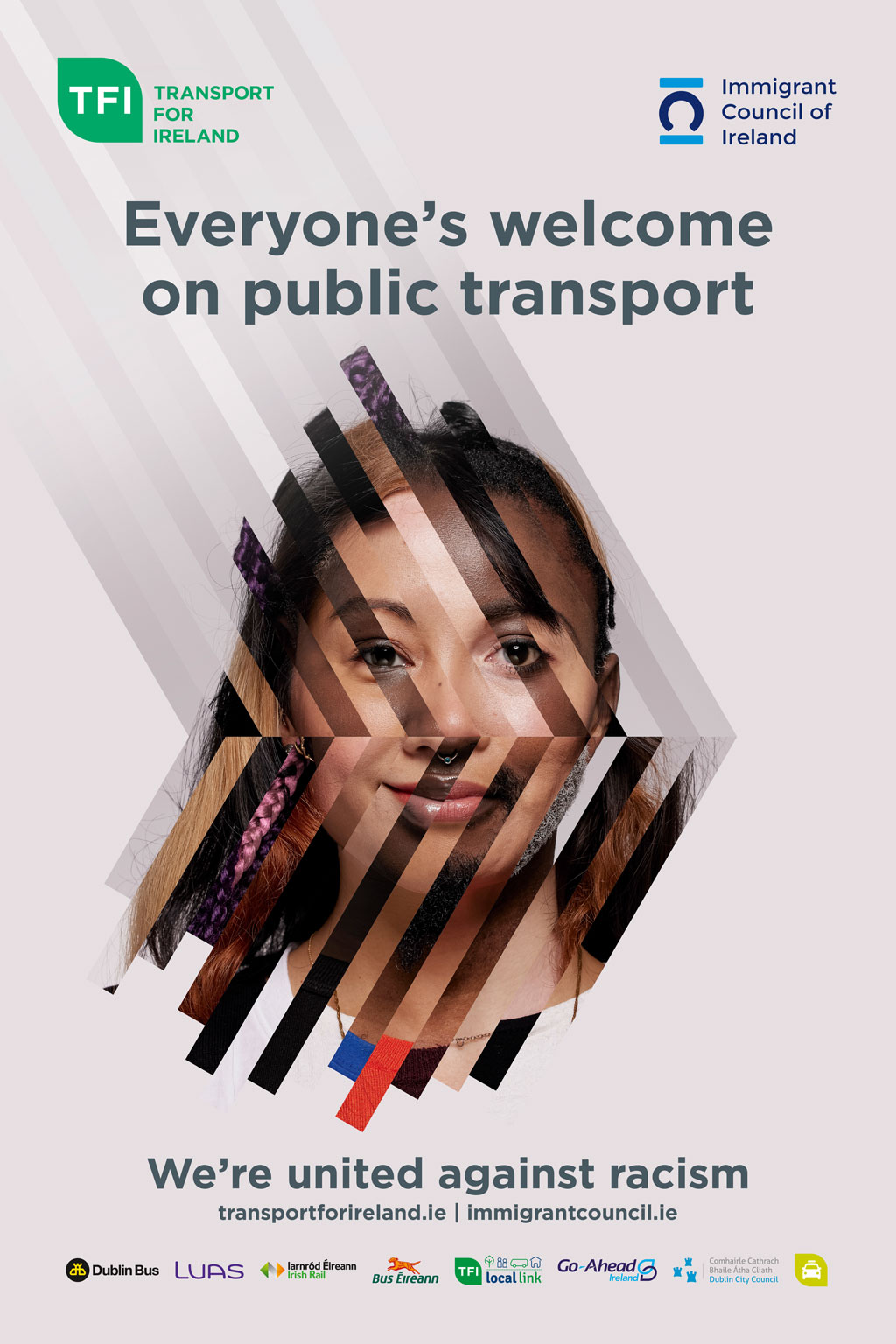 Transport for Ireland, in collaboration with the Immigrant Council of Ireland and Dublin City Council, has launched a new anti-racism campaign which will run across social, digital and OOH.

Created by TBWA\Dublin, the campaign features multiple ethnicities, combining portraits to showcase the diversity of Ireland. The variety of video and static elements used aim to communicate the message that ‘everyone is welcome on public transport’ and that Transport for Ireland and its partners are united against racism.

All too often, incidents of racism and racist assaults occur on public transport and Transport for Ireland has been keen to stamp out racist behaviour. In 2019, the Irish Network Against Racism (INAR) counted 530 reports of racism. 50 of these were for racist assaults – the highest number recorded since INAR began publishing the reports in 2013.

According to Niall Staines, head of art at TBWA\Dublin: “We wanted to showcase the rich and beautiful diversity we have in our country and let people know, in no uncertain terms, that there’s no room for racism on public transport. To do this in an engaging way, we combined portraits of men and women from all over Ireland to create one unique portrait in the shape of an arrow to symbolise society moving forward”.

TBWA\Dublin also partnered with Humans of Dublin (HOD) to further extend the campaign. Peter Varga, founder and creator, met with five people to capture their portraits and stories to share on HOD’s wide-reaching social channels. Each of the five participants were chosen for their active role in promoting inclusivity and diversity in Ireland. The five portraits, captured in a public transport environment, provide a platform for these people to tell their stories and their desire for an inclusive Ireland.