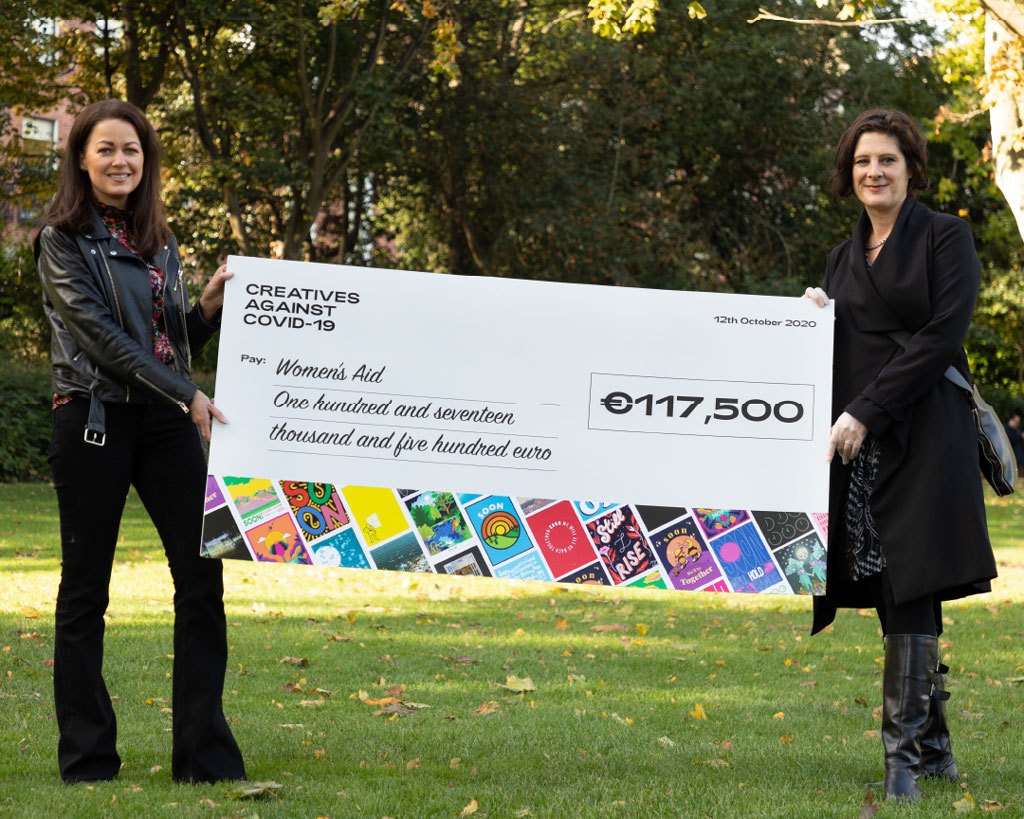 Creatives Against Covid-19, the campaign to raise money for Women’s Aid and ISPCC Childline has raised €235,000.

Launched back in May by RichardsDee, the campaign called on the creative industry to design and donate inspiring posters of optimism, resilience and hope. The posters were later made available to purchase and went on exhibition in the Guinness Storehouse in Dublin in addition to featuring on some Dublin buses.

Within a week over 1200 prints were donated to the campaign from over 30 countries. The campaign ended this week when Celine Dee, co-founder RichardsDee, handed over the money to the two charities on behalf of the Creatives Against Covid19 community.

“When we embarked on this journey in March, we couldn’t have imagined a result like this. The €235,000 we have collectively raised will immediately be put to use supporting vulnerable women and children across the country at a time when it is needed most. To everyone that created, donated, purchased and supported the campaign we thank you for being part of this really special and meaningful journey,” says Celine Dee.