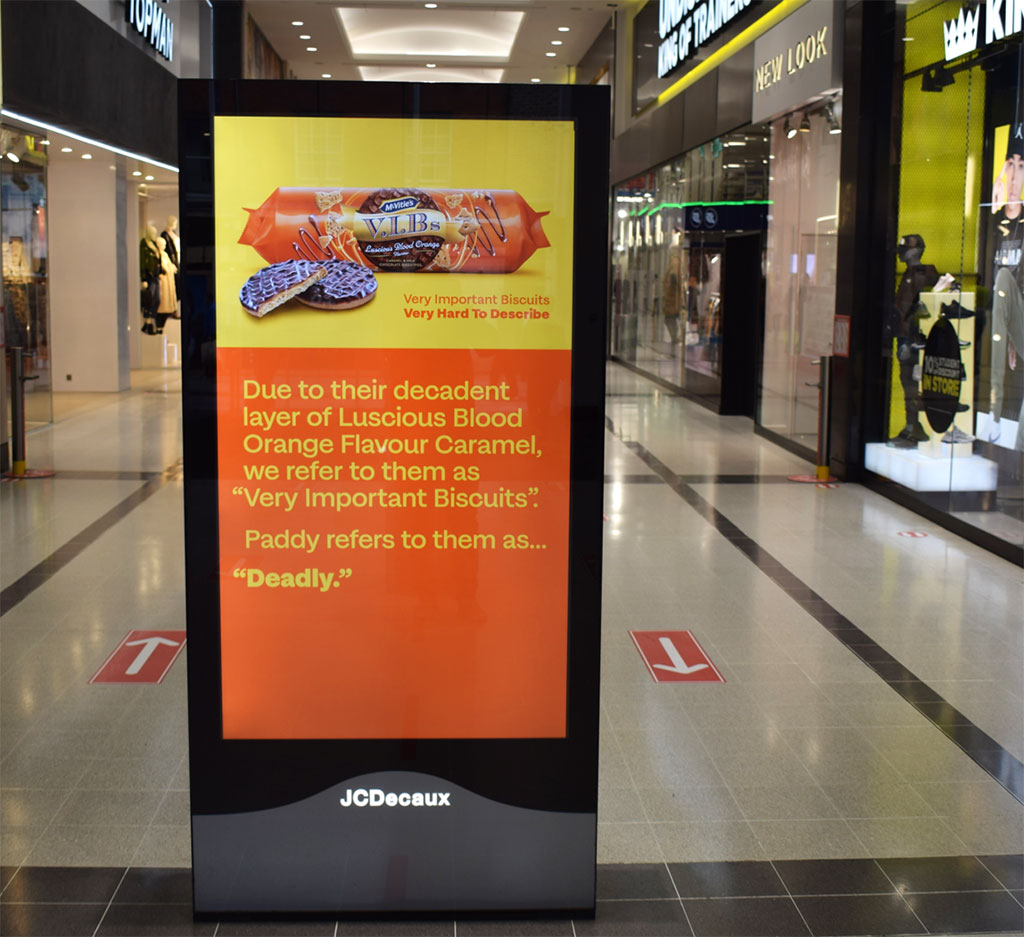 With the vibrant OOH campaign aiming to build awareness and drive engagement, the ads are hosted on a A-List combination of formats consisting of 48 Sheets on key arterial routes, 6 Sheets in retail and roadside environments and digital screens in both retail and commuter locations.

The creative executions feature some flavoursome introductions to the new range alongside consumer descriptions of the ‘very hard to describe’ biscuits with typical Irish compliments such as A1, Only Massive and Deadly.

The campaign was strategically placed by teams in PHD Ireland and Source OOH with the eye-catching and colourful content produced by Pluto. 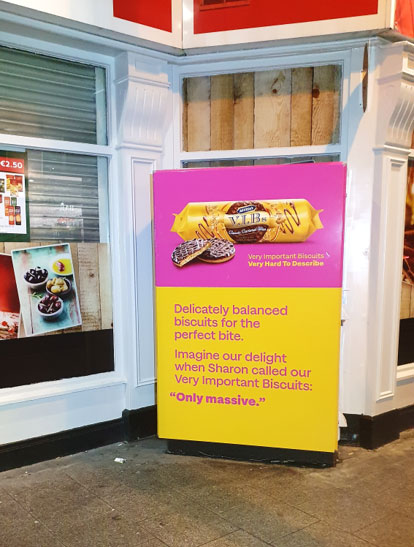 Niamh Twyford, Head of Marketing in pladis commenting on the campaign said; “”Reflecting the fact that shoppers are out and about a bit more, coupled with the eye-catching creative, we felt OOH was the perfect medium to tell our consumers about the deliciously decadent new range of McVitie’s V.I.B biscuits. I think we can all do with a little lift right now and this work will hopefully do just that.”

Aoife Butler, Head of Shopper Marketing for Pluto, stated; “Pluto is delighted to be working alongside pladis on the launch of McVitie’s V.I.Bs. Driving awareness to this truly immersive snacking experience the activity spans OOH, TV, VOD, shopper, social and PR, disrupting the consumer journey across multiple touchpoints.”

Louise Keogh, Account Executive in Source out of home added; “We are delighted to help introduce McVitie’s new luxurious range of biscuits to shoppers, commuters and passers-by alike.  OOH is a valuable medium when it comes to such launches as it gives new products the platform to communicate at scale, build awareness and influence consumers on the path to purchase.”