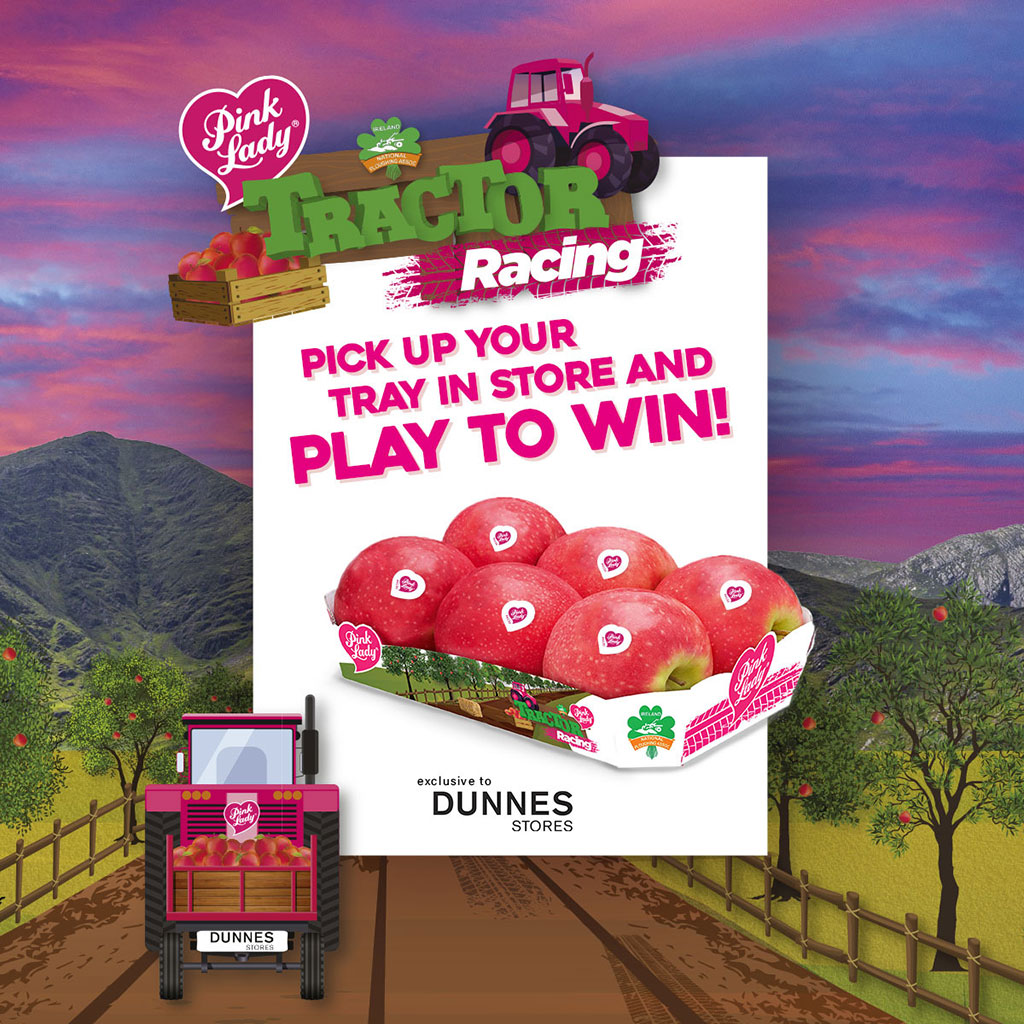 Neon, the Dublin-based agency has launched a new cross platform campaign for Pink Lady, the international organisation that promotes the apple variety of the same name.

As part of the ongoing promotion, Neon launched an online game called Pink Lady Tractor Racing which can be played across desktop, mobile and tablet ( https://www.pinklady-tractorracing.com ) The game is being promoted as part of a national campaign that includes 6 Sheets, DigiPods, on-pack, in store and social media.

The campaign will run until October 5th and players can win prizes as part of the promotion including a VIP Experience at next years National Ploughing Championships, which includes VIP tickets & 4* hotel stay for a family of four, €100 Dunnes Stores Gift Card and a helicopter ride to the event. 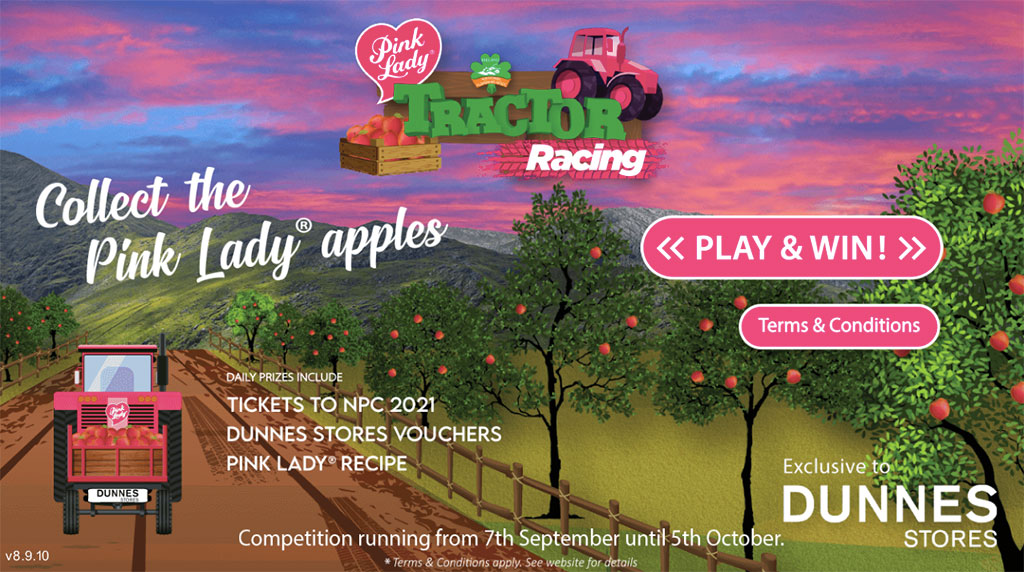 According to Julie Maillard, Pink Lady Europe Area Manager, UK & Ireland: “Pink Lady takes great pride in exhibiting at the National Ploughing Championships every year. With great changes this year and the unfortunate cancellation of the NPC, we really wanted to still mark the time of year and our involvement. Given that we couldn’t attend the NPC with our usual live presence, the team at Neon Agency helped us create a digital game that helped keep the associtaion alive. We are delighted with the initial consumer reaction and proud to support the National Ploughing championships in 2020.”

Gavin Downes, head of strategy & deputy MD at Neon adds: “We were excited produce a solution that not only allowed our client to promote their involvement with the National Ploughing Assocation and the NPC event, but also formed the basis of a National Advertising Campaign. My team at Neon have done a terrific job getting this digital game brought to life, from concept to design & build. We have also produced some eye catching creative for the OOH campaign, bespoke Pink Lady trays, In-Store Promotion and content on Social Media. We are very fortunate to work with such a trusting new client that allowed us to lead this campaign across creative, digital and the experiential path to purchase strategy.”