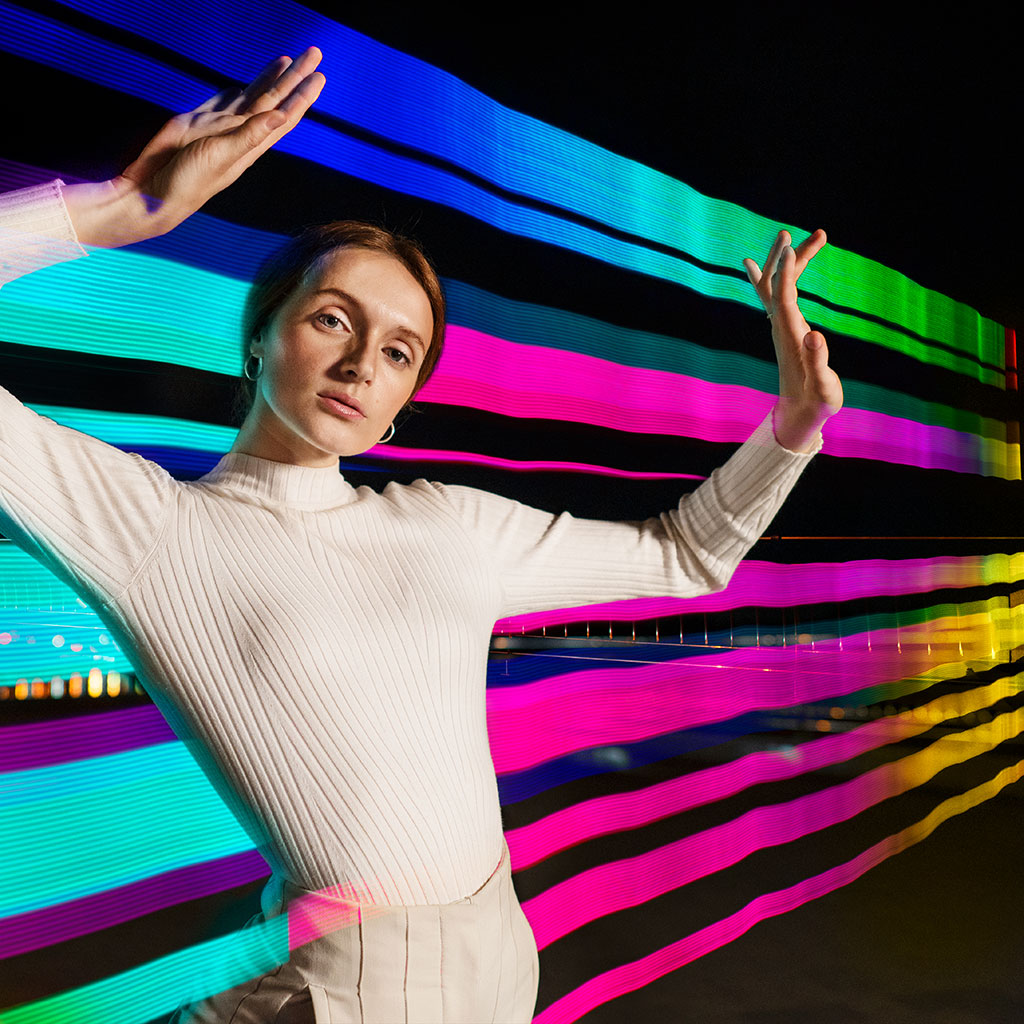 Created by The Tenth Man, the innovative campaign has bold ambition, with all elements filmed in camera and sped up in post to run ten times faster, “mirroring the speed of the product and the eir proposition Let’s Make Possible,” according to eir.

The Tenth Man worked with production company Antidote and award-winning director Alan Masferrer to bring ‘The End of Ordinary’ to life.

The ad centres around a female character, who moves elegantly from a home into breathtaking and fantastical scenes filled with vibrancy. First up, the lead character features at the centre of a spinning mirrored zoetrope, and from there, we quickly move through sequences that weave in light, movement and sound design, proving the product benefits of speed, reliability and connection, with a VO contextualising the fast-moving creative for the viewer. The energetic track was created and produced by Jack Colleran and R.Kitt in a collaboration between the two talented Irish artists.

According to Richard Seabrooke, executive creative director, The Tenth Man: “The challenge from eir was simple – in a saturated market, create a unique campaign as innovative and impactful as the product, which runs at ten times the speed of conventional broadband. With that in mind, we set out to create a campaign that runs ten times the speed of conventional advertising. We filmed at one tenth the speed of real time, speeding the footage up once we brought it all together at the end. Working with an incredible team, we experimented with all types of in-camera techniques to illustrate the interplay between the actress/dancer who had to perform at the slower rate, and the fibre light as it accelerates through the various studio and real world scenes.”

Seabrooke adds: “With no reference points for what had gone before, the campaign was a leap of faith for eir. Even on set, it was hard to understand how it would all come together without the need to resort to digital effects or other trickery. Seeing it come together was incredible, and we’re thrilled to see everything play out as vibrant and dynamic as we ever hoped.”