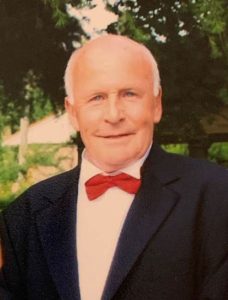 The Irish advertising industry lost one of its titans this week when Conor Quinn passed away. Dave Wright and Anton McClelland, who worked with Conor at QMP (now Publicis Dublin), pay tribute to their former colleague.

After graduating from Blackrock College and then UCD with a degree in Economics and Statistics, Conor moved to Canada where he worked for General Foods. Two years later he began his career in advertising when he joined Canada’s second largest agency, Cockfield & Brown of Montreal, and so his love for the business was born. On his return to Ireland, he joined Irish International and then moved to Wilson Hartnell before co-founding HQM with Charlie McDonell and Barry Healy which later became QMP.

From day one Conor had a vision for the fledgling agency to become a centre for creative excellence. His ambition was that the agency would not necessarily be the biggest, but the best. Conor’s philosophy from the outset was to create a culture of familiarity and respect for colleagues and clients alike which is still very much in evidence today. Like all great leaders, Conor sought and gave advice when needed. He was an excellent mentor and went on to counsel business students in his retirement.

Conor was a great sportsman and excelled at golf, tennis, table tennis and soccer. He had a huge love for all sports and demonstrated an intense competitiveness which he brought to his business life.

He loved the agency with a passion. Endowed with an endless generosity of spirit and an abundance of positive energy, he guided the agency through the decades and continued to build the business into one of the biggest and best advertising agencies in the country, Publicis Dublin.

On his retirement, he remained great friends with a number of clients and ex-colleagues and closely followed the fortunes of the agency.

A devout family man, Conor is survived by his loving wife Hilary, daughter Ciara, sons Ronan and Cillian and their extended families.

Conor, we will miss your warmth, your leadership and your sense of fairness, your infectious smile, your competitive spirit, your positive nature, and your ability to never concede an argument.