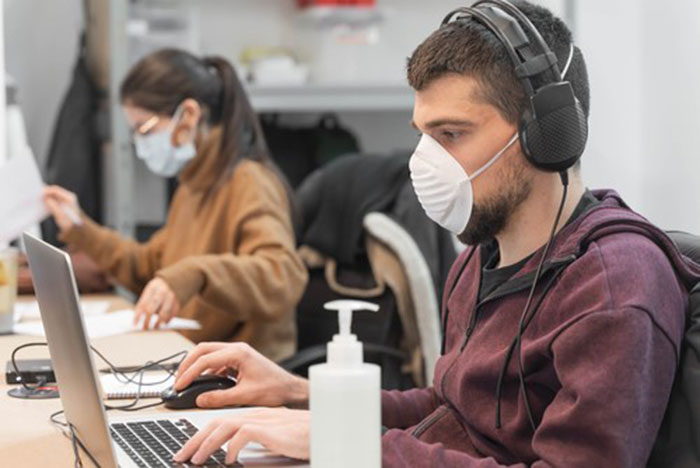 With staff at many agencies, marketing departments and a large number of multinational firms still working from home, business leaders have not officially discussed the prospect of reducing office space in 2021, according to a new survey carried out by the recruitment firm, Recruiters.ie.

The survey also found that 20% of respondents still “don’t know” when they will have more than 80% of their workforce back in the office, owing to the level of continued uncertainty in workforce planning.

Despite the uncertainty and low levels of full working weeks expected in the office, 85% of respondents have not officially met to discuss office space changes.

According to Recruiters.ie director Brian McFadden: “Employers are keen to start encouraging their staff back into the workplace. A return to office brings about many perks, including social inclusion, better workplace collaboration, a separation of home life and a reinforcement of company values. However, there is still a lot uncertainty as to when our workplaces will be at full capacity again which is resulting in difficult decisions about upsizing or downsizing our workplaces in the future. Covid likes to party but it also likes to work,” he added.

However,  he also points out that Irish companies will also need to take into account the fact that many employees may want to keep working from home after the pandemic.

The vast majority (89%) of Irish employers surveyed said they expect more remote working opportunities after the return to office, with only 11% saying their workforce will need to work full weeks in the office when they return. Only 9% of respondents said that they experienced a decrease in workforce productivity since March 2020 with 48% experiencing an increase in productivity. Some 42% said the productivity remained unchanged since March 2020.

“This is really interesting because when we conducted a similar survey in early March 2020, more than half (52pc) of respondents predicted a decrease in productivity If their workforce must work from home for a sustained period,” says McFadden.  “Our attitudes and opinions of working from home have certainly changed since March,” he added.

He also says that business leaders need to decide what they are going to do about their workplaces, given that home-working will be a feature for some time to come.

“There is an opportunity to save on costs by reducing office space and minimising travel budgets by switching to virtual meetings. However, only 15pc of respondents have officially met to discuss reducing office space in 2021.” He adds that many employers may be locked into long-term leases, but there has never been a better time to negotiate rent and rates as most landlords will want commitment and security from their tenants.

“If we keep seeing increases in workforce productivity from home combined with the merging of perks and management of staff from home, the need for large offices spaces in city centres will be much higher on the senior management agenda,” he adds.