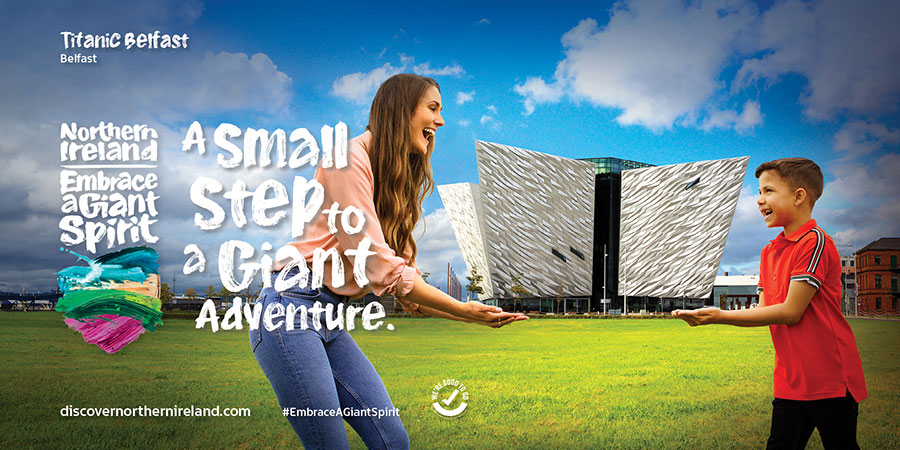 BBDO Dublin has launched a new campaign for Tourism Northern Ireland, its first work for the tourism promotion agency since it picked up the account back in February 2020.

The cross-platform campaign will run across TV, radio, print, social, digital and OOH aims to challenge the perception about travel in Northern Ireland, a destination which hasn’t been at the top of many people’s holiday to-do list, despite all that it has to offer.

The TVC—written and art directed by Ben Clifford and Kirk Bannon—was produced in-house by BBDO, directed by Noel Byrne and produced by Andrew Counihan.

“We are so excited to unveil this campaign,” said Naomi Waite, director of marketing at Tourism Northern Ireland.  “We knew when we first saw it presented during the pitch process that it was a distinctive and creative way to showcase what Northern Ireland has to offer for visitors, and now that vision has been realised, it has lifted us to another league. We launched our new Embrace a Giant Spirit brand at the start of this year and we are delighted that BBDO have been able to bring that giant spirit to life as well as show how accessible Northern Ireland is.” 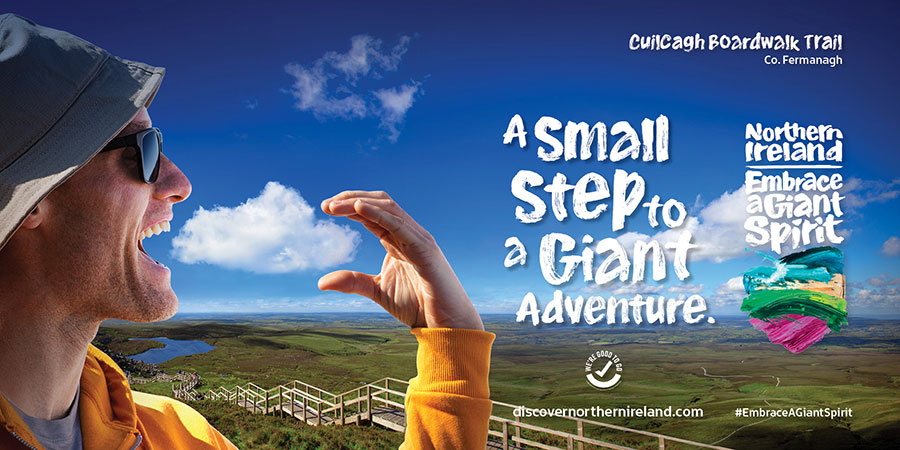 The outdoor and print work features ‘forced perspective’ images of iconic Northern Irish landmarks. According to  Katie Cunningham, account director, BBDO Dublin:  “Our aim was to avoid the clichés you see in traditional travel ads, and speak the language of true holiday fun instead. So instead of the usual tourism tropes, we simply showed a real family having epic fun only an hour or so up the road. This spot focuses on our family segment but we have plenty of other activity on the way which targets our other segments too. Northern Ireland really does have something for everyone so we can’t wait to showcase it all.” 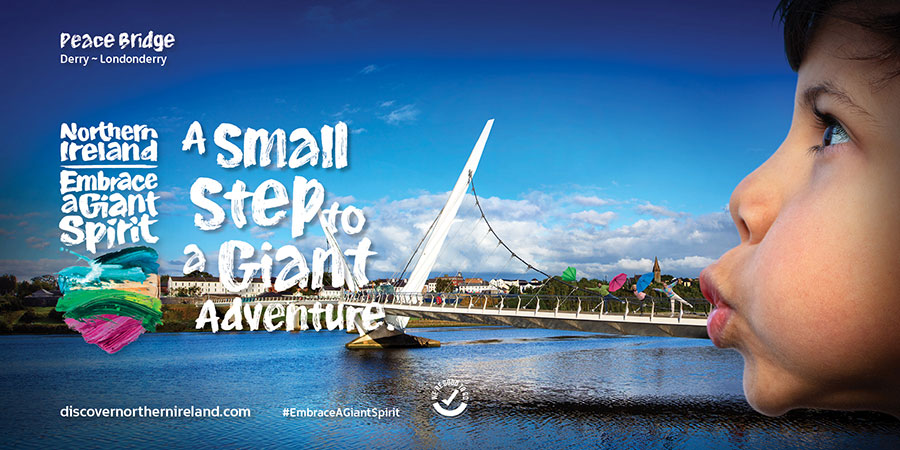 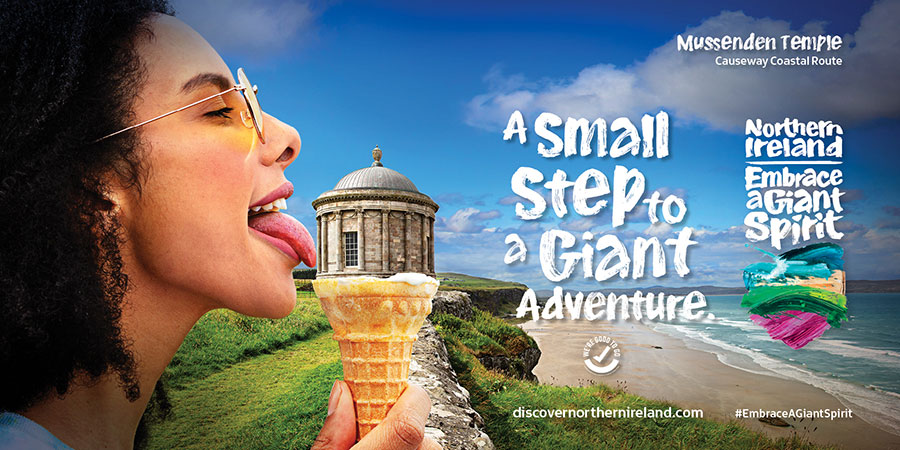