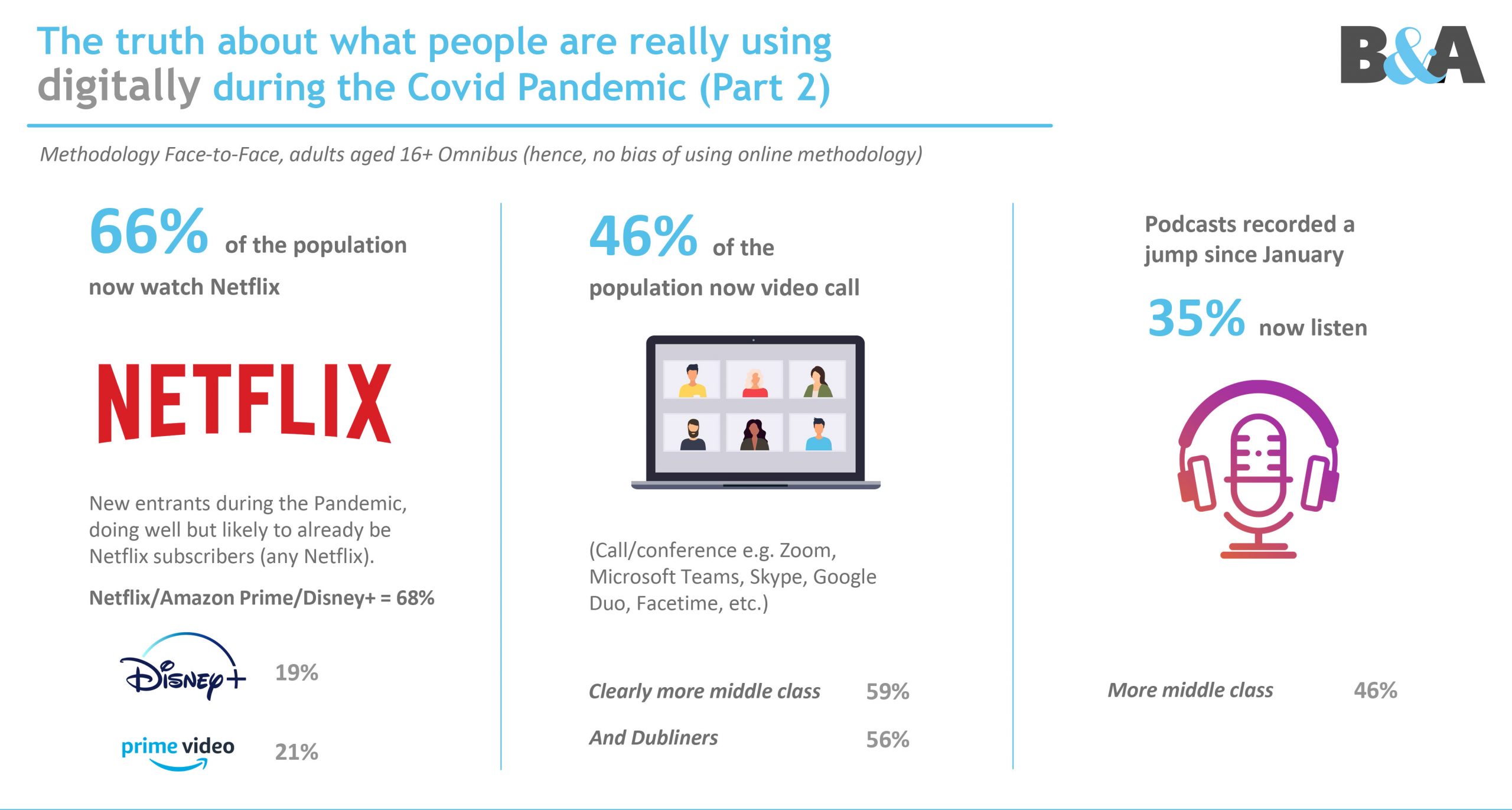 With many people still working from home, new research from B&A shows that 46% of the adult population use some form of video calling to connect with work colleagues, friends and family.

The second tranche of B&A’s Techscape research shows that those who use video calling platforms like Zoom, Microsoft Teams or Skype are more likely to be middle-class (59%) and based in Dublin (56%).

The research also shows that Netflix continues to dominate the online video platforms with 66% of Irish adults claiming to watch Netflix, followed by Amazon Prime (21%) and Disney+, which was launched just as lockdown kicked in, on 19%.

Lockdown is also likely to have influenced people’s listening habits and 35% of adults surveyed by B&A now listen to podcasts, the research shows.

According to Luke Reaper, Managing Director of B&A: “From our latest face-to-face omnibus survey we see the growth in video calling/conferencing with a massive 46% of the population now using these applications. We do need to be sensitive to the adoption dynamics in society as still not everyone uses these platforms. Apart from the obvious generational differences, a clear digital divide exists with the middle class and Dubliners significantly more engaged. We also see the adoption of more streaming services such as Disney+ and Amazon Prime (albeit mainly amongst current Netflix users). The other winner is Podcasts with over one third listening to these. Exciting times for digital adoption, but it is important to delve into the user profiles and the size of prize. Looking outside our own bubbles has never been more important.”