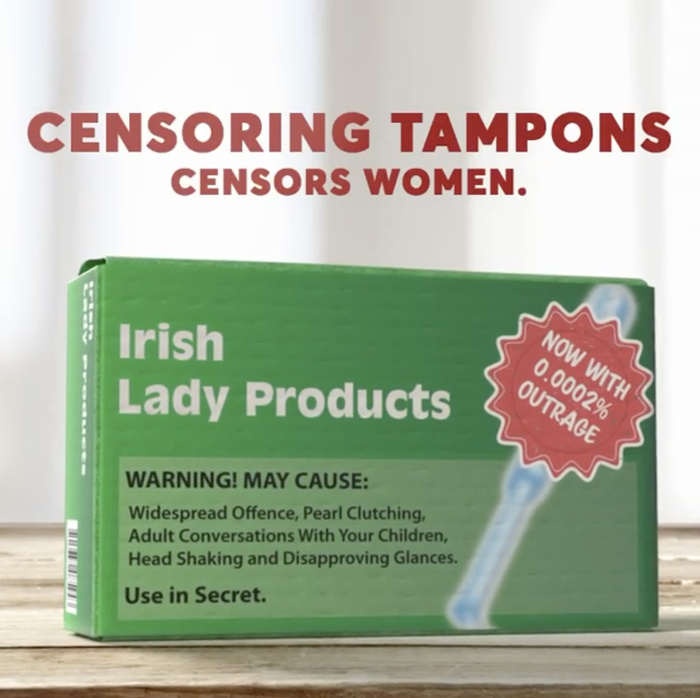 TBWA\Dublin created their own brand of “Irish Lady Products” in response to the recent Advertising Standards Authority of Ireland decision to pull the Tampax “Tampons & Tea” advert from Irish TV, in light of complaints made by members of the public.

The Tampax ad, which features a talk show host giving instructions about the correct way to put in a tampon, received 84 complaints. As a consequence the ASAI pulled the piece on the grounds it had caused “widespread offence”.

TBWA\Dublin’s response features a parody tampon pack with warnings the product may cause “pearl clutching and disapproving glances”. The idea came from a frank video-chat discussion among staff about the ASAI decision and what it says about the treatment and censorship of women in Ireland. The team felt that they needed to take a strong position and add their voice to the discussion both as members of the Irish advertising community and as a collective committed to gender equality.