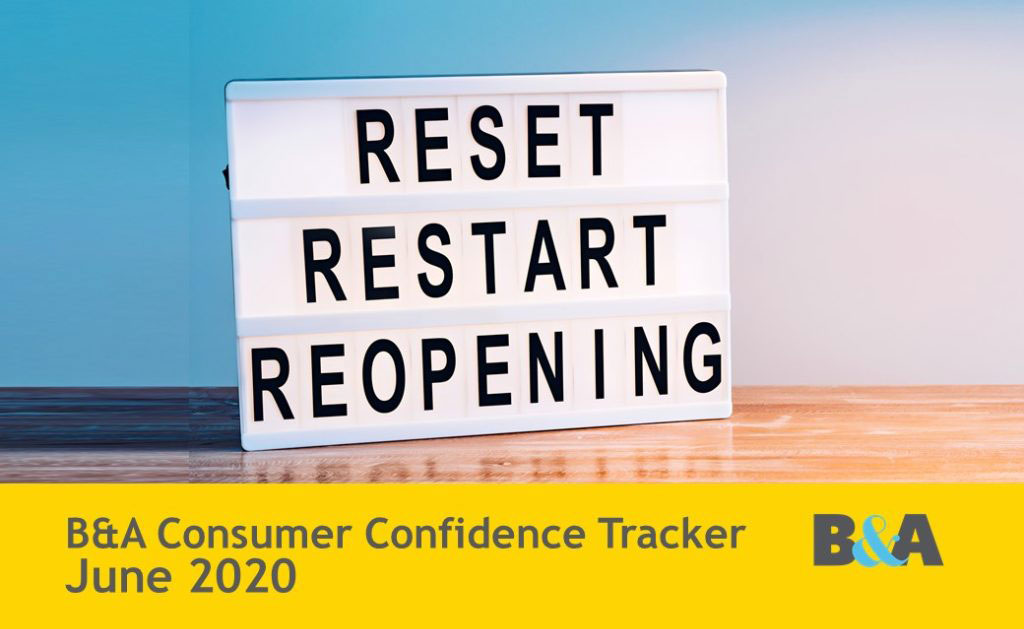 With most of the lockdown restrictions now lifted, consumer confidence has picked up somewhat in recent weeks, according to the latest Consumer Confidence Tracker published by market research firm B&A.

This latest wave of the B&A Consumer Confidence Barometer was conducted between June 17th and June 28th just before phase II of the easing of restrictions kicked in. According to B&A the current consumer confidence stood at –84 in June, a slight softening of negativity compared to –91 in March.  In addition,  negative consumer perceptions of the economy over the next 12 months have also eased slightly from -85 in March to -68 in June. “These figures are some way off the ‘0’ score in January but are a move in the right direction,” notes B&A. 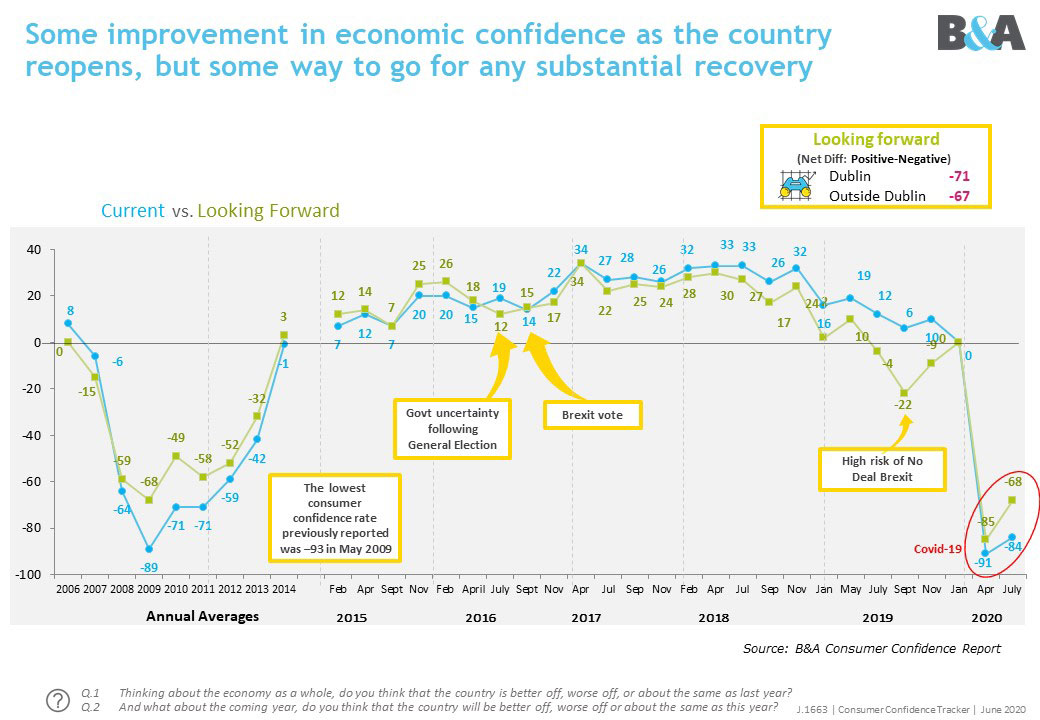 The latest figures also suggest an improved outlook in spending, albeit from very low levels ( –36 in June from–48% in March). “Interestingly the Revolut spending figures on the 29th  June indicated a 23% uplift in spending compared to a normal Monday prior to lockdown. These are the first positive indictors in what has been a bleak few months,” the research points out. 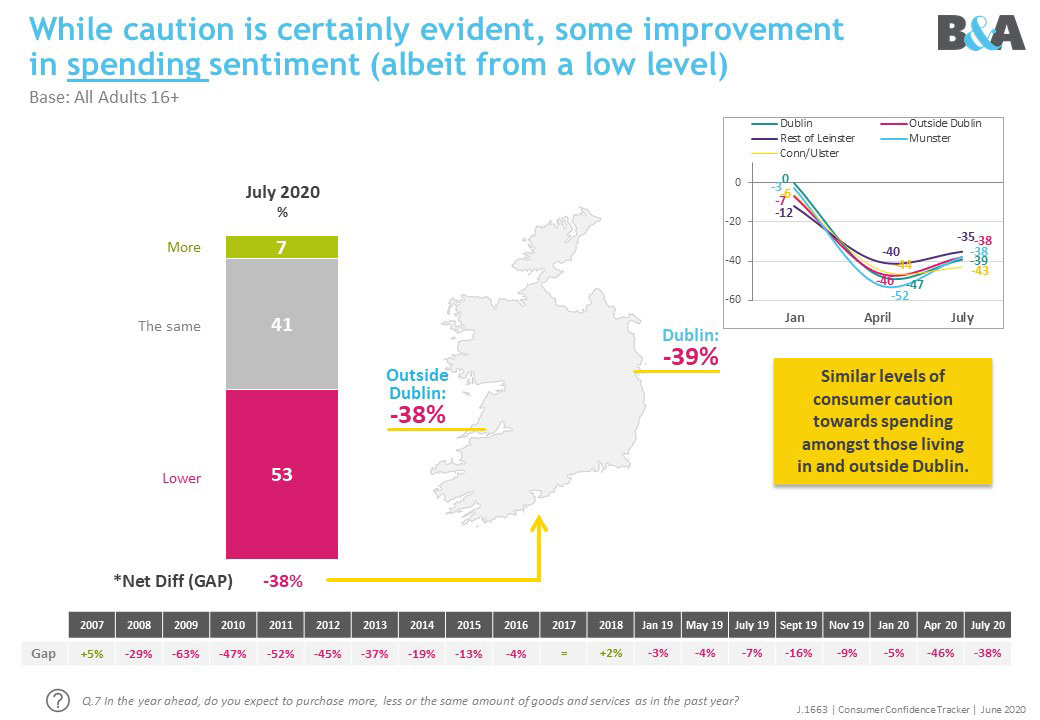 While confidence may have improved, the B&A Consumer Confidence Tracker highlights that many people are still worried about their own personal income over the next 12 months and they remain concerned about what lies ahead for the economy. 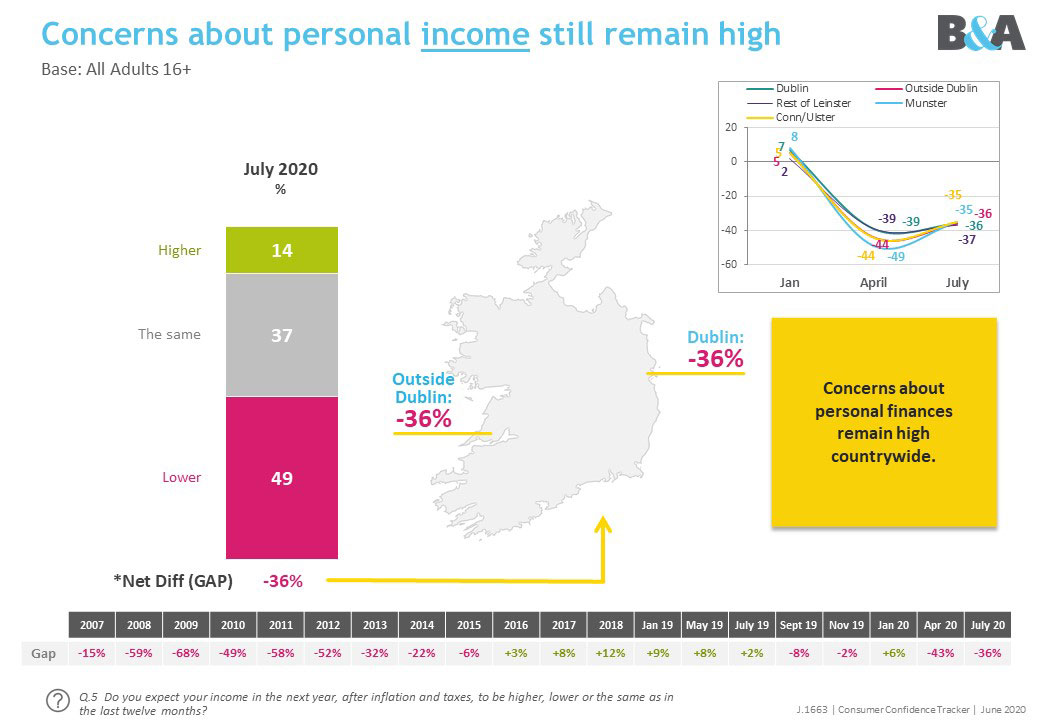