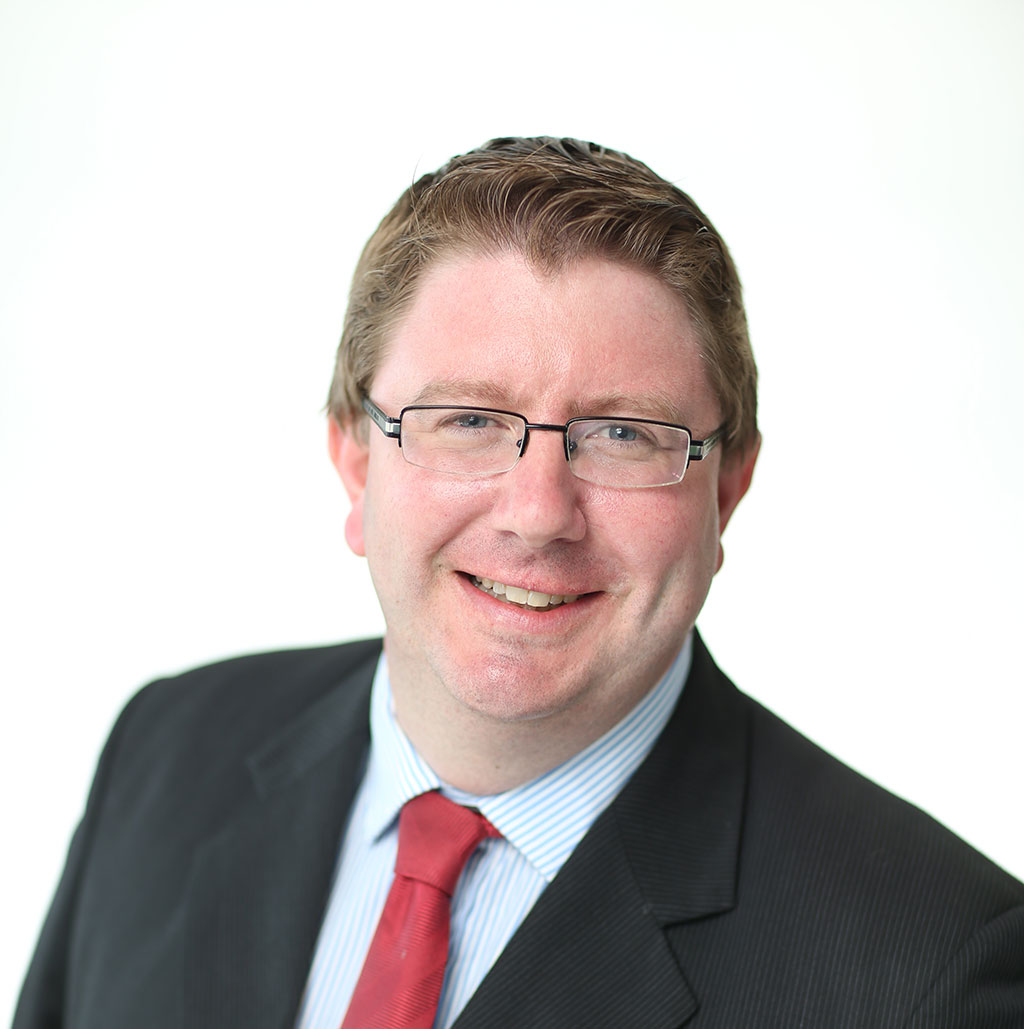 Virgin Media’s political correspondent Gavan Reilly has taken the number 1 spot in the latest #murraytweetindex, which ranks the most influential Irish journalists on Twitter for 2019.

RTE’s Director of News Jon Williams came second, with last year’s joint winner Today FM presenter Matt Cooper in third place. The wide reach of Irish journalists on Twitter was demonstrated again, with the Top 100 in the index having over 3.3m followers, an increase of 6% on 2018.

Whilst high-profile female journalists like the Irish Times’ Roisin Ingle and Irish Independent’s Collette Browne rank highly in the index, women accounted for less than a third (28%) of the Top 100. In the six years the index has been compiled female representation has hovered around this level, reaching a peak of 36% in 2018, before dropping back in 2019.

During the current Covid 19 pandemic Twitter’s role as a source of breaking news has been more prominent than ever. RTE’s Fergal Bowers – top of the health category – has seen his follower count more than quadruple from 21,000 when the index data was compiled in December 2019, to over 88,000 today: a clear sign of Twitter users hungry for authoritative news turning to a reliable source.

In its 6th year of publication, the #murraytweetindex, compiled by communications consultancy Murray (@MurrayIRL), ranked over 700 journalists across six parameters*, measuring popularity, quality of engagement and level of activity. A composite index was then created to rank overall positions; the top 20 journalists in the overall rankings were: 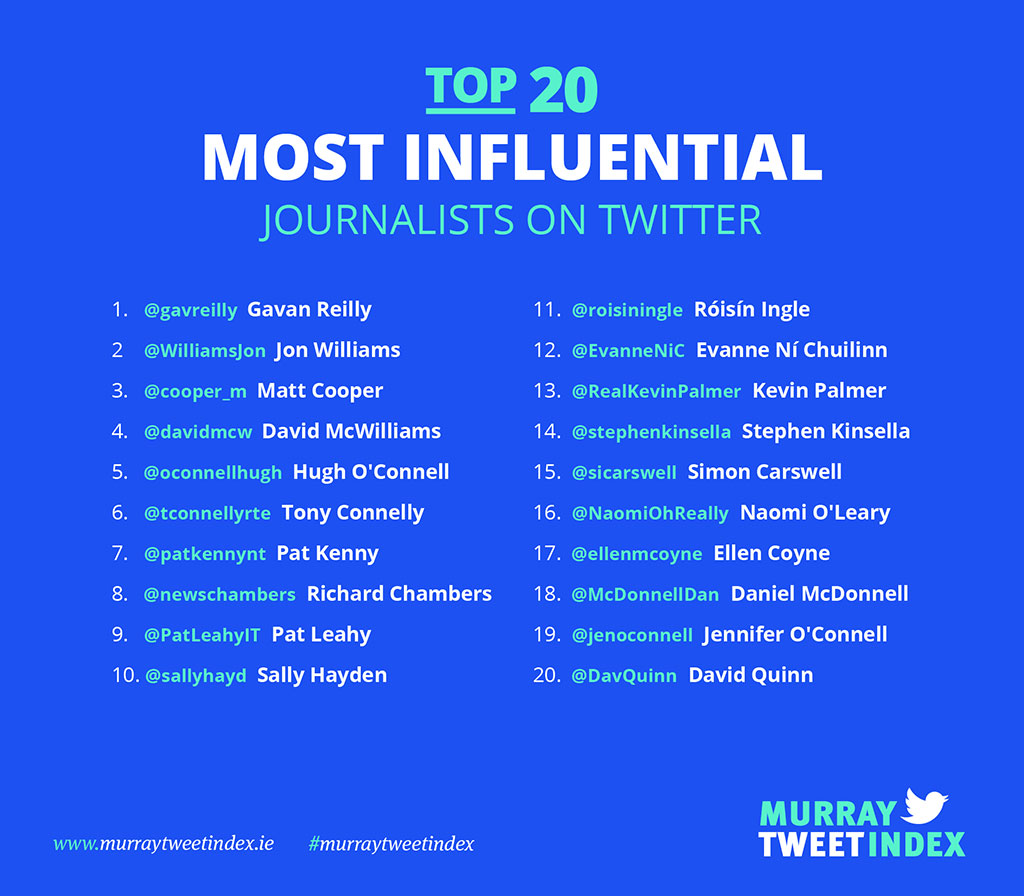 In other categories, the Irish Times’ Conor Pope and Irish Independent’s Adrian Weckler remained number one in Consumer & Personal Finance and Technology respectively. RTE’s Tony Connelly’s close following of the unfolding Brexit crisis helped keep him top of the news category, whilst in agriculture, RTE’s new correspondent Fran McNulty topped the category after a baptism of fire starting the job just as the beef price protests heated up last summer.

“Gavan Reilly has made his social media presence a central part of his reporting and year on year built his profile to take the top spot in this year’s index. A well thought out Twitter thread can provide a first draft of history with as much impact as a news package or column. Along with other top performers like Matt Cooper, Tony Connelly or Sinead O’Carroll, Reilly uses the platform to enlighten and entertain his follower,” says. Doug Keatinge, Director at Murray, who led the research said:

“For the first time we have looked at the proportion of female journalists in the Top 100, which at around 30% is similar to disparities at a senior level in the corporate sector. Like many other career paths, women remain under-represented, and a higher proportion of strong female journalist voices in the index would be welcome. With growing pressure to break the news first, media outlets also need to consider the editorial standards they expect from their staff in their Tweets. As the Laura Kuenssberg row in the UK demonstrates, the pressure to lead the press pack can lead to unforced errors,” he adds.

According to Pat Walsh, Managing Director of Murray: “During times of crisis consumers increasingly reach for trusted and specialist sources, reporting in real-time.  In the case of Covid 19, health correspondents like RTE’s Fergal Bowers – who saw a quadrupling of followers since the pandemic began – are seen as playing an important role in quickly sifting between fact and fiction in these challenging times. From a commercial perspective Covid 19 looks to be accelerating the structural shift to online news consumption. Now more than ever platforms like Twitter will play an important role in promoting content and guiding readers to the websites where they can find what they are looking for.”