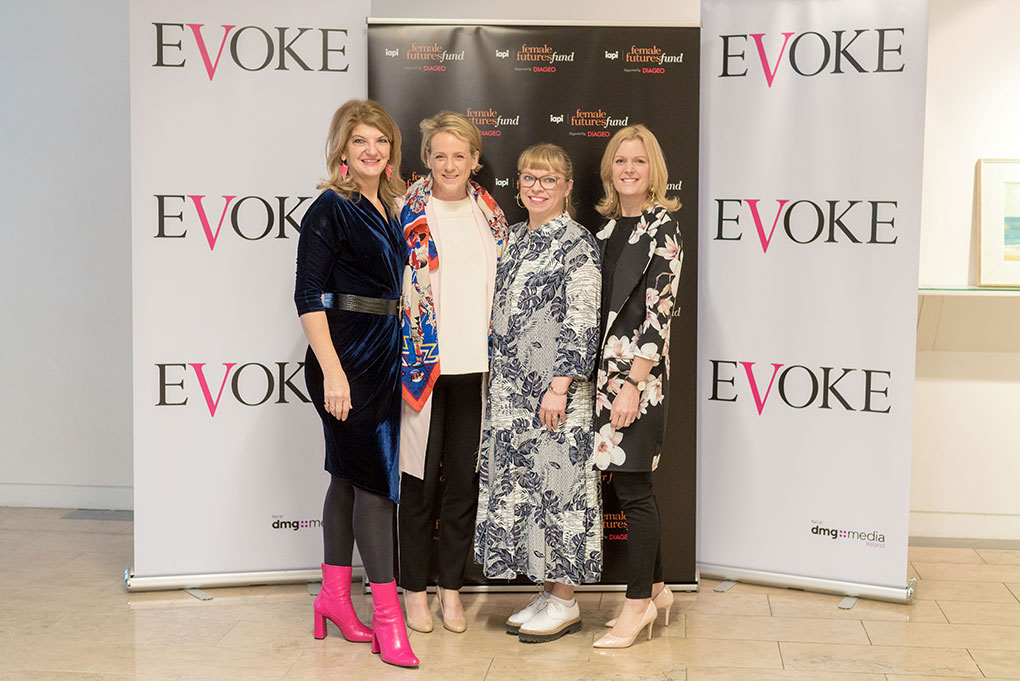 IAPI has launched a new bursary to fund an executive coaching programme for women working in the advertising industry.

Launched this week in the Royal Hibernian Academy in association with its International Women’s Day Partner, Evoke.ie, the new bursary is called the Female Futures Fund and is funded by Diageo to the value of €10,000.

Two women will be selected to avail of the Female Futures Fund and the bursary will fund a coaching programme with selected Executive Psychologist, Jill Walker. Each person will have six coaching sessions across the course of 6 months from June-December 2020.

“This launch, hosted by our International Women’s Day partner of four years now, Evoke, is a real landmark in our journey to improving the gender balance. Our industry has started to address this at leadership level with 38% of executive roles now taken by females according to the 2019 IAPI Census Report. My hope is that we get a wide representation of women being nominated by their agencies for the Female Futures Fund as coaching is so empowering for women, particularly those in male dominated roles, where confidence seems to be the key barrier to their career progression,”   says Charley Stoney, CEO, IAPI.

She adds that the objective of the bursary is to ensure that the wider advertising, marketing, and media industries retain female talent by helping women realise their full potential whilst also achieving a life balance that may include family and/or other lifestyle priorities. IAPI aims to help close the gender gap at leadership level in the industry as it will empower women to become the leaders of the near future.

According to Grainne Wafer, Guinness global brand director, Diageo; “Diageo has been tackling the issue of how a brand led business like Diageo can have the biggest possible impact in tackling gender imbalance in the world. Just over 10 years ago the Diageo board was almost entirely male. Today, women currently make up around 40% of the Executive Committee, and more broadly, the executive committee represent six different nationalities and speak multiple languages.”

Charlotte Barker, deputy MD, Dynamo & IAPI Board Member, who also spearheads its Diversity & Inclusion council adds: “I’m so delighted that IAPI have been able to launch Female Futures Fund in partnership with Diageo who are making huge inroads in diversity across their business and advertising. I am extremely lucky to be working in a creative agency that has a female creative director and a well-represented female creative team, but the fact is that there is a distinct lack of female creative leaders in our industry. This isn’t just an Irish challenge, it’s a global challenge, with the average percentage of female Creative Directors as low as 7% worldwide. The Female Futures Fund is a critical initiative to help shift the dial towards closing this gender gap.”

At the launch of the Female Futures Fund, Lucy Remitz, senior strategist, Rothco spoke about the lack of clarity internally within agencies, that currently 65% of members in the industry do not have diversity & inclusion initiatives in place at their company. But 87% of people felt these initiatives should be in place, she said.

Carol Lambert, creative director, Publicis also gave a personal account of being female in a predominantly male dominated industry at higher level, a fact that all speakers agreed must change.

Details on how to apply for the Female Futures Fund can be found at iapi.ie/fff and the closing date for entries is March 27th with shortlisted presentations and winners announced in May 2020.