Burger King’s latest campaign, featuring a mouldy Whopper, is currently one of the industry’s most talked-about campaigns in ages. Patrick Meade (pictured left), managing director of Boys + Girls, thinks the brand may have made a big mistake.

There are two types of people in the world. The people who work in advertising and the people who don’t. One of the biggest mistakes we make as an industry is when we make work for the first group and forget about the second. Burger King just made this mistake. This view is what we sometimes call a ‘hot take’ so I could be proved wrong. But here goes:

I hate the Mouldy Whopper campaign that just dropped online. If you work in advertising you’ve probably seen it on Twitter, Adweek, Campaign and now Adworld. If you haven’t, it’s because you live in the real world where this work will never appear. The idea itself is simple. It’s a rotting Whopper.

Because Burger King make the Whopper from fresh ingredients and they will rot eventually. The insinuation being that their competitors burgers don’t because they are not as fresh. Basically, this campaign assumes that you’re aware of the urban myth that McDonalds burgers never rot. Burger King’s mistake with this work isn’t that people aren’t aware of this. The mistake is people don’t care. It’s fast food. We know it’s not good for us. 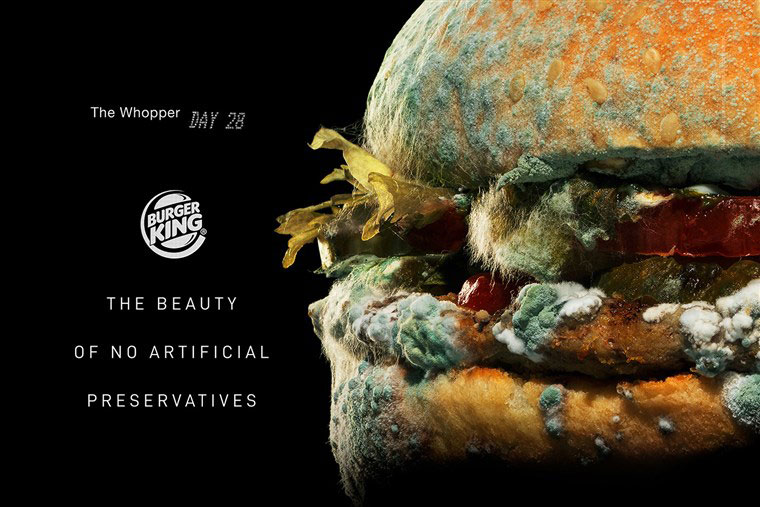 But advertising people care. We care so much that this campaign will probably win every award under the sun. It will be celebrated because it’s brave. It turns the category on its head. It eschews the traditions of beautiful food styling and saliva inducing slow mos. (which, incidentally, is the type of work Burger King actually produces for real people around the world)

We need to see this for what it is and stop celebrating it. I’ve nothing against breaking category norms. It’s a well-trodden path that finds its routes with Volkswagen in the fifties with the famous ‘think small’ campaign among others. 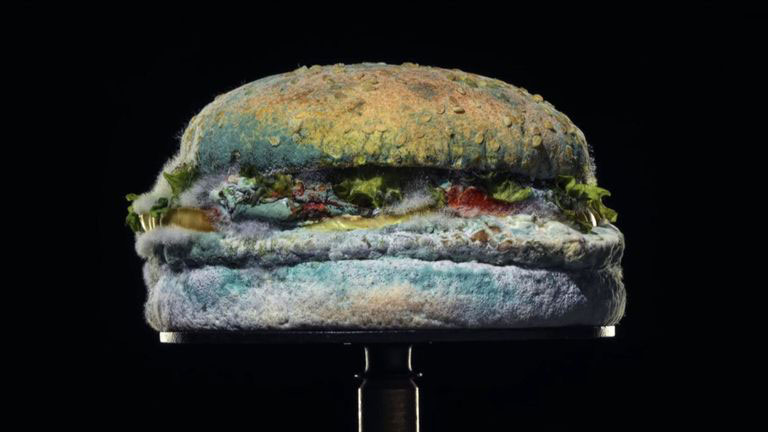 This work doesn’t belong in the same conversation because it’s not real work for real people. Will it create ‘engagement’ online? Sure. Will it achieve it’s ‘reach’ and ‘shareability’ targets? Most definitely. Will it make you eat a Whopper? Nope. In fact, it might just make me more likely to order a Big Mac when I leave the agency I work in and head back out into the real world.