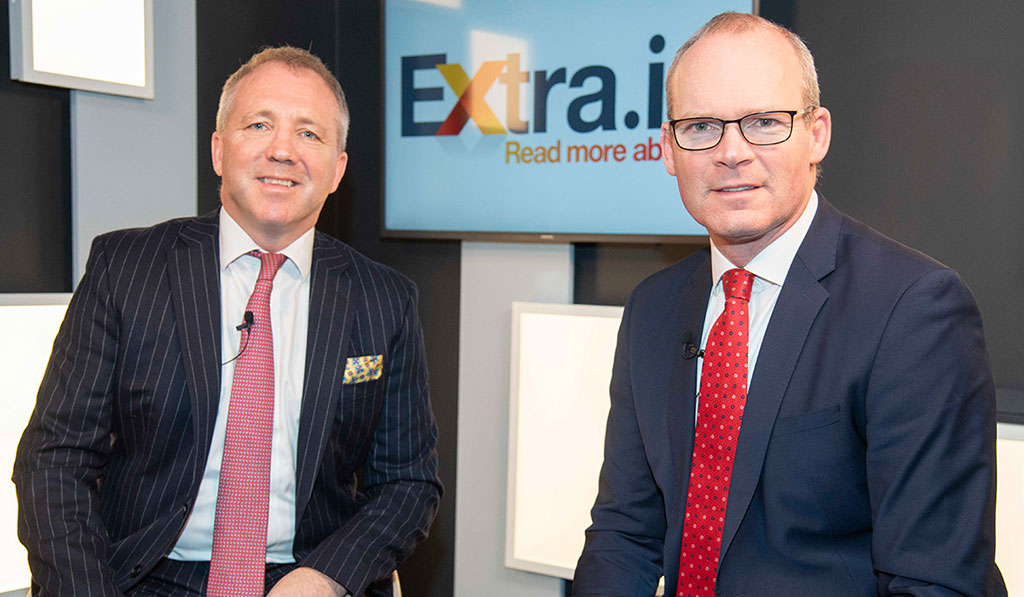 After the obligatory kissing of babies and shaking of hands, it was time for the country’s political leaders to head to the offices of DMG Media Ireland in Ballsbridge.

Fianna Fáil leader Micheál Martin and Green Party Leader Eamon Ryan were also in the company’s MCAST studio, with the interviews running across all the group’s media brands.

Coveney was welcomed to the company by CEO Paul Henderson. According to Henderson: “As the general election gathers momentum, DMG Media Ireland welcomes Mr. Coveney for an exclusive interview.  Following on from Fianna Fáil Leader Micheál Martin’s interview last week and Green Party Leader Eamon Ryan yesterday, this is the third of what will be a number of exclusive interviews before polling day, all eager to get their policies across to our readers.”

“The interviews are conducted by John Lee, DMG Group political editor, in our dedicated Dublin studio and feature on all three DMG digital platforms, EVOKE.ie, Extra.ie and RollerCoaster.ie as well as in our national newspapers The Irish Daily Mail and The Irish Mail on Sunday. Collectively our print and digital reach over 3 million Irish adults per month. Candidates from all parties who take time out of their busy schedules to engage with this mass audience will help voters make up their minds on Election Day by addressing the concerns of young Irish families across the country.”