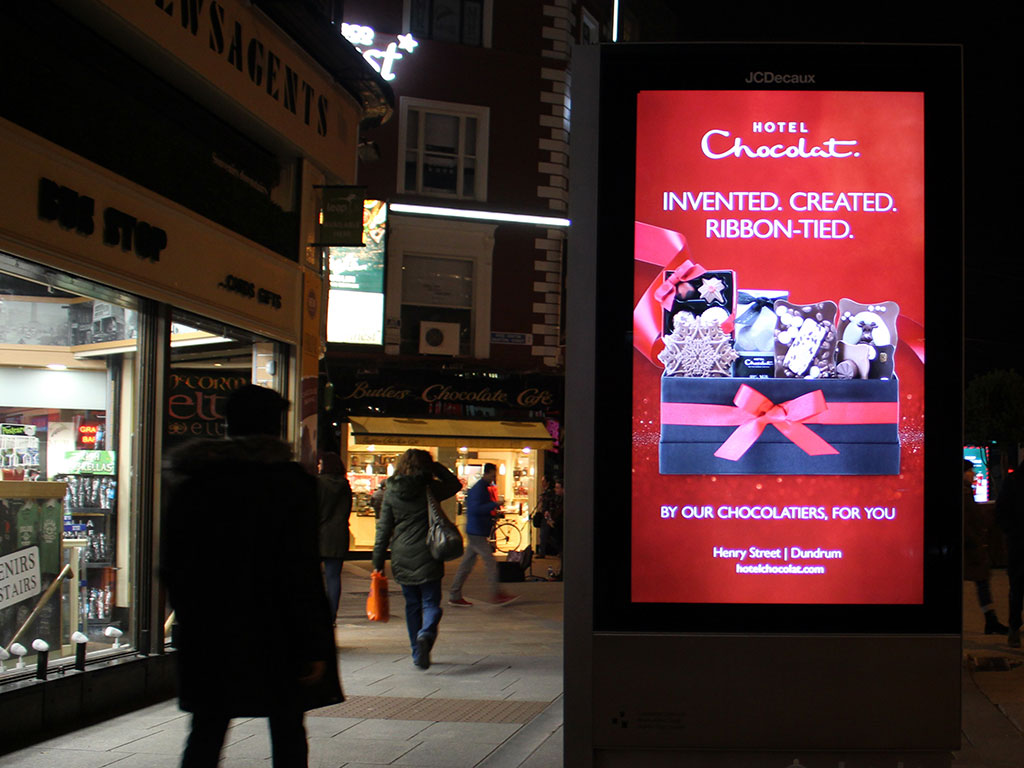 Gift experts were on hand to dish out Hotel Chocolat samples while “guests” were also encouraged to engage with the activation with a host of prizes up for grabs.  The branded display was set up to look like a hotel reception with keys hung on the back wall of display. Commuters were invited to select a key from a choice of 50. Some of the keys had prizes connected to them.

Over the course of the day, 500 prizes were won ranging from hot drinks to the new in-home chocolate drinking machine, the Velvetiser.

Being the busiest train station in Ireland, Connolly Station made the perfect location to maximise the sampling efforts with approximately 57,000 commuters estimated to travel through the station daily.

The idea of the activation was to promote the brand and raise its profile in the Irish market at a crucial period in the year. The experiential team of PML Group teamed up with The Specialist Works to carry out the activation. In addition, Luas Straplines, Commuter dPods and Digipanels supported the activity and directed traffic to the brand’s two Dublin Stores on Henry Street and in Dundrum Town Centre. 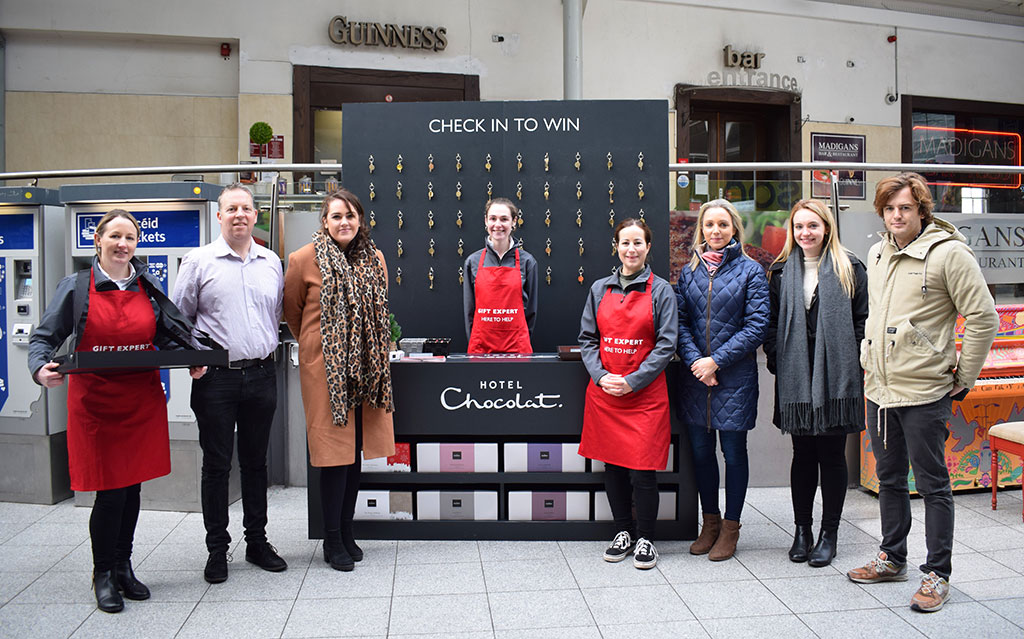 Commenting on the activation, Pat Cassidy, Digital, Innovation & Experiential Manager at PML Group said: “We were delighted to team up with Hotel Chocolat and The Specialist Works to create a simple and engaging experiential activity. Such activations allow the brand to connect with consumers on a one to one basis and place the brand in hand, raising brand awareness and purchase consideration.”

Jo Haggarty, Marketing Executive of Hotel Chocolat added ‘When PML was initially approached about our sampling campaign we were clear about our objectives for the day. We wanted to increase brand awareness, drive footfall into the brand’s two locations as well as making it a fun experience for the commuters. PML came up with a brilliant concept of a hotel desk and picking a key “checking in to win”. Commuters were queuing up to play the game and we gave away nearly 10,000 chocolates. We’re already seeing customers redeem their vouchers in our two locations.”