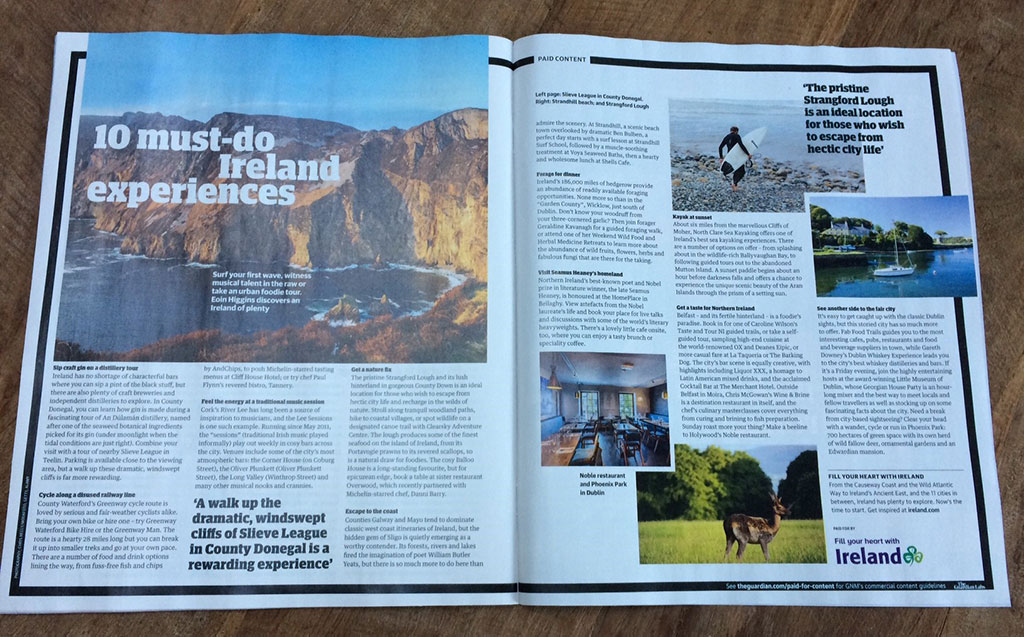 Tourism Ireland has launched a new partnership with the Guardian newspaper in the UK to encourage ‘culturally curious’ travellers in Britain to consider a holiday or short break in Ireland.

The campaign will reach more than 6 million people over the coming weeks. It includes three print articles, 13 online articles on a dedicated Ireland section on the Guardian website, as well as a 90-second video created by the Guardian and running on the newspaper’s site. The first print article appeared last  weekend (19 October) in the Guardian’s Weekend magazine, under the headline ‘10 must-do Ireland experiences’.

“Our partnership with the Guardian has been specifically designed to highlight off-season breaks around the island of Ireland and to appeal to our ‘culturally curious’ audience in Britain,” said Julie Wakley, Tourism Ireland’s Head of Britain.

“These are independent, active sightseers, who are typically looking to visit new places and expand their experience by exploring landscapes, history and culture. Our promotion with the Guardian fits very well with this important demographic and is just one element of the more extensive campaign we are rolling out right now – aimed at boosting late-season travel to Ireland from Britain,” adds Wakeley.

Britain continues to be a very important market for tourism to the island of Ireland, delivering 44% of all overseas visitors and around 25% of all overseas tourism revenue. Its contribution to the regional tourism economy and to season extension objectives are also significant, with 42% of British visitors arriving between October and March.

The continued uncertainty around Brexit remains a real and ongoing challenge for Irish tourism – giving rise to consumer concern in Britain and a heightened risk of people postponing trips, due to uncertainty. The fall in the value of sterling has made holidays here more expensive for British visitors – and has made Britain more affordable for visitors from many of our top markets. Therefore, attractive offers for good value fares and packages are a major focus for Tourism Ireland’s autumn campaign in Britain. An extensive programme of co-operative promotions with air and sea carriers, online travel agents, as well as traditional tour operators and travel agents, is either under way or in the pipeline.

The most recent CSO figures for January to September 2019 show that the number of tourists coming from the UK rose by just 0.6% over the previous year while those visiting from mainland Europe increased by 2% with the North American market up by 3.37%.

Separately, Tourism Ireland is rolling out a new campaign promoting Dublin and Belfast in Italy as “must visit” city break destinations. The digital video campaign involves 20-second videos of both cities running on popular Italian websites, as well as on Facebook and Instagram. 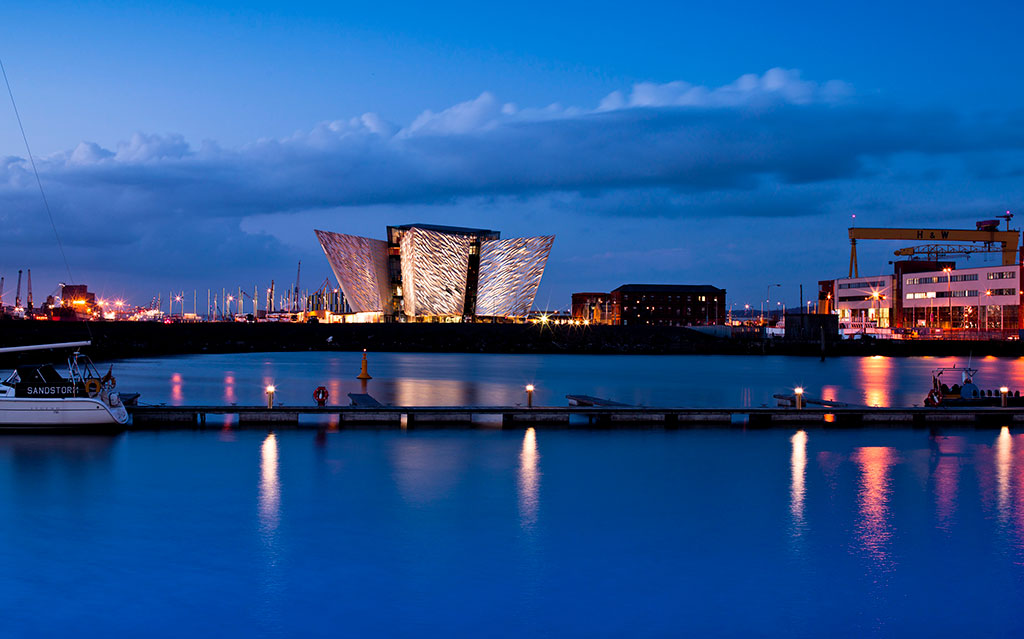 According to Tourism Ireland’s manager for Italy, Niamh Kinsella: “Our new city breaks campaign is highlighting Dublin and Belfast, and some of the many great things to see and do here in the autumn and winter, encouraging Italian travellers to come and visit over the coming months. In 2018, we welcomed 384,000 Italian visitors to the island of Ireland. Tourism Ireland has an extensive programme of promotions under way throughout 2019 to continue to grow Italian visitor numbers and, in particular, to encourage more Italians to explore our less-visited attractions during the shoulder and off-season months.”