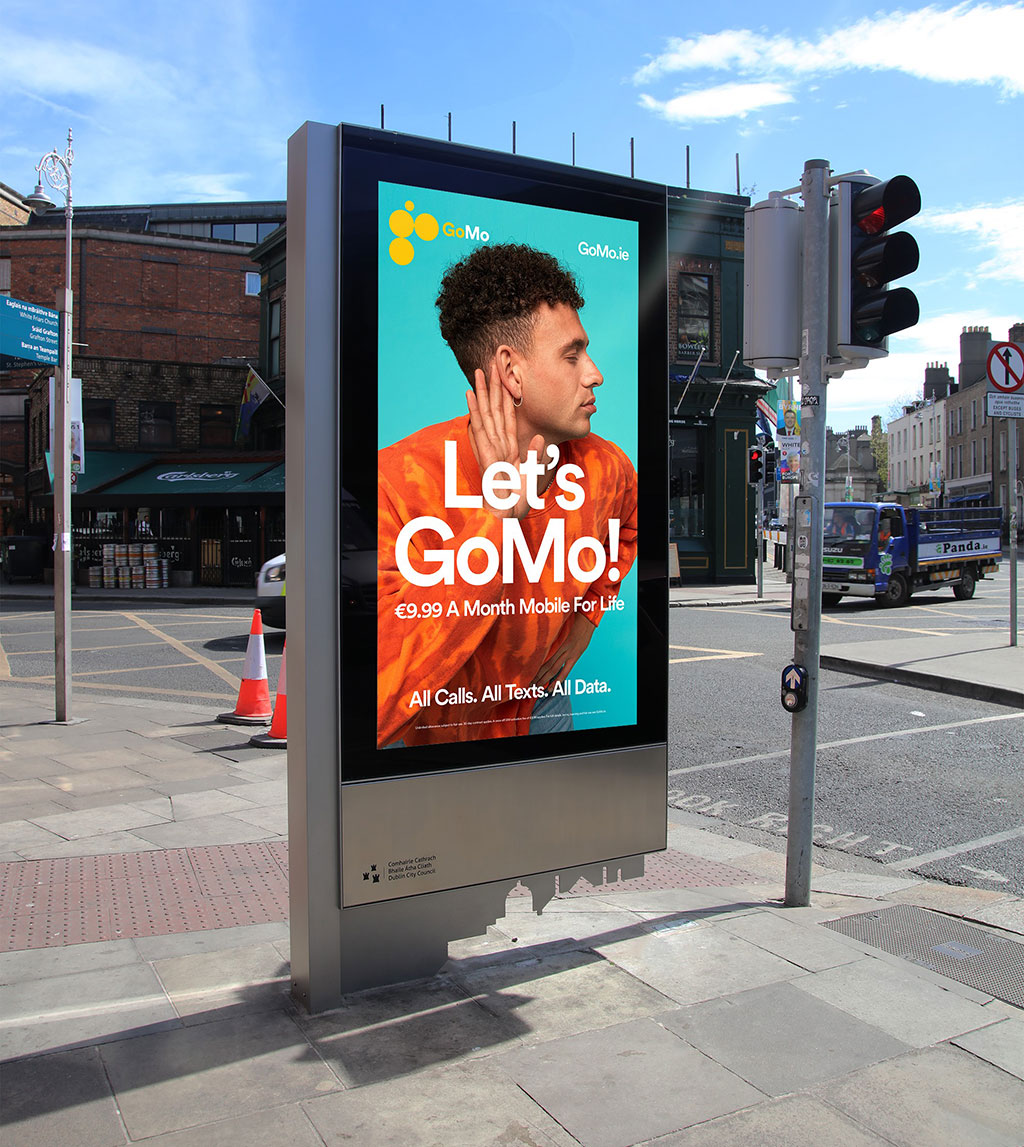 The Tenth Man, the agency founded by Ken Robertson, the former head of adverting as well as head of mischief  for Paddy Power, has been working quietly behind the scenes for nearly a year on the launch of GoMo, the new brand offering from eir which is likely to shake up the mobile phone market in Ireland with its new all-inclusive €9.99 charge per month.

“We’ve been working on the campaign for the past 12-months.  Our brief was to create a new disruptive brand that would immediately cut-through, platform the game-changing proposition while resonating with a younger audience but appealing to the mass market.  We were responsible for all elements of GoMo’s brand development; from naming, visual identity and brand positioning through to producing the launch campaign,” says Ken Robertson. 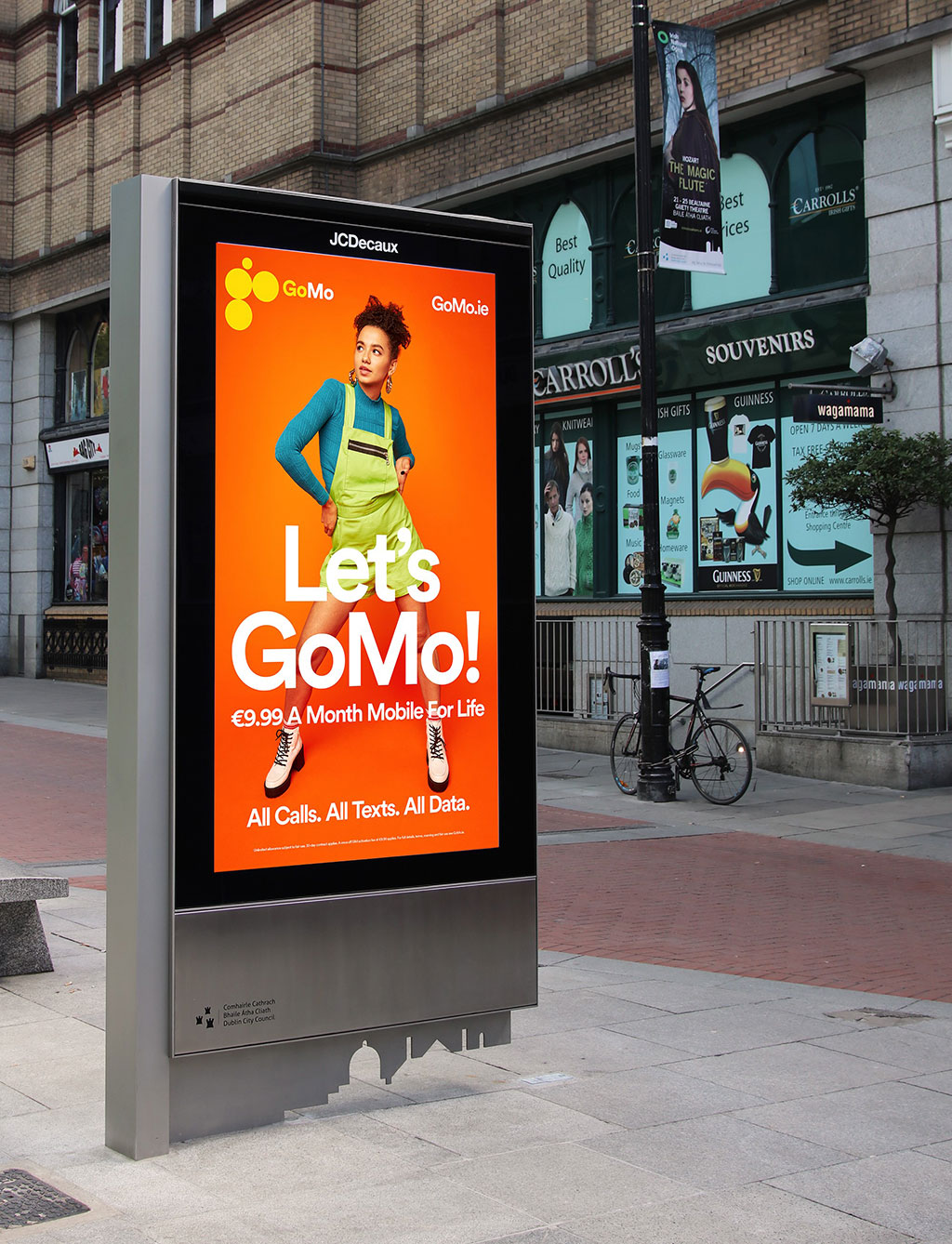 “With mobile phones being so integral to modern life, we always saw GoMo as a lifestyle brand and set out to develop this across all touch points. The core proposition of ‘€9.99 per month for everything for life’ is such a game-changer, we knew that the creative had to be equally disruptive.  We worked with the TV stations to create a suite of 5 x 6” TVC’s to be played out during ad breaks instead of the normal 30” spot,” he adds.

“We also collaborated with up & coming electronic R&B artist Soulé for the radio campaign and commissioned award-winning Dublin artist-duo, Jill and Gill, for a one-off hand painted 48-sheet billboard.”