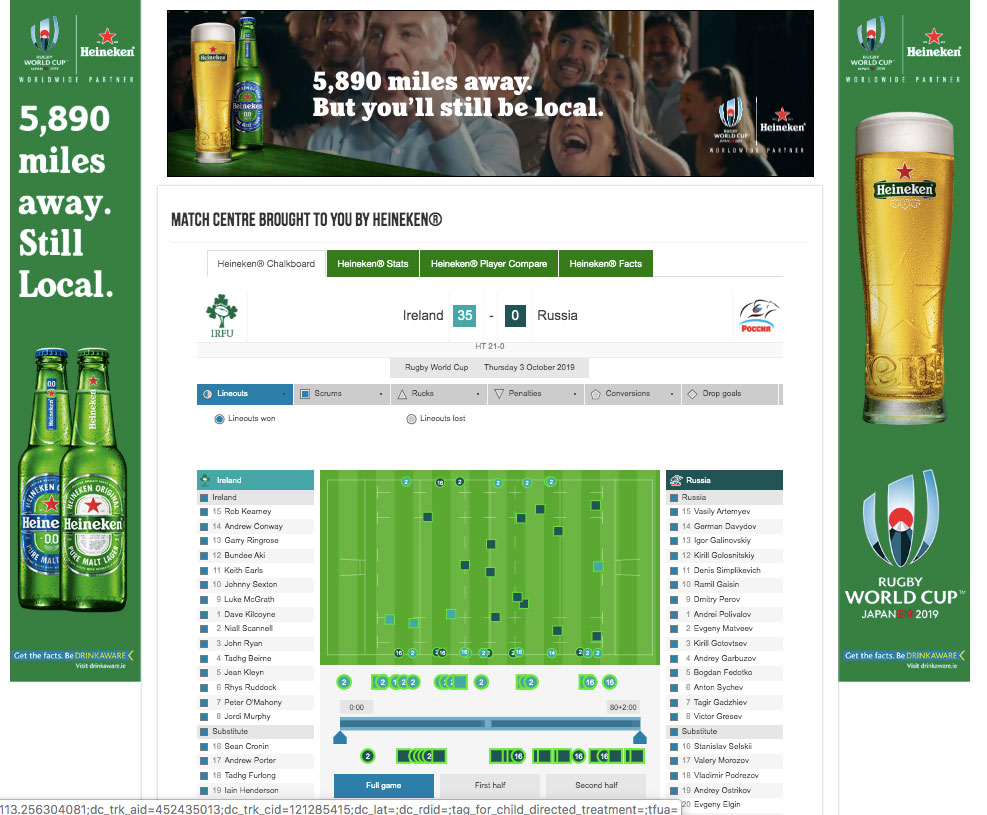 Heineken Ireland and Pundit Arena have joined forces around the Rugby World Cup to launch an innovative new match centre for rugby fans.

The Heineken Match Centre, developed in partnership with Heineken’s agency Starcom, is powered by Opta data, providing a range of engaging features that give insight into what’s happening during the Rugby World Cup before, during and after all games, including interactive team chalkboards, team summary stats, player comparison and match facts that compare each head-to-head match-up of every game happening at the tournament.

The Heineken Match Centre is integrated into the Pundit Arena platform, with all data updated in real time, and supported socially with stats and facts before and after all games during the Rugby World Cup, as well as other data driven video elements that help tell the story of what is happening in Japan for all 20 teams participating. 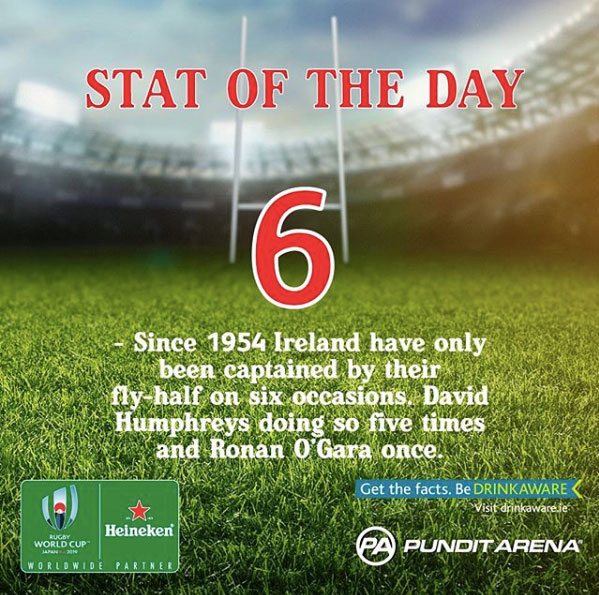 According to Ronan McCormack, senior sponsorship brand manager, Heineken Ireland: “Heineken has a proud and rich history and heritage with rugby. As well as being title sponsors of Europe’s leading club rugby competition, we are also delighted to be the official Worldwide Partner of the most prestigious and important rugby tournament in the world, Rugby World Cup™ 2019, Japan. We are delighted to partner with Pundit Arena on their truly unique rugby hub – a must for all rugby fans for what promises to be a hugely exciting 6 weeks of rugby.”

Fergus Farrell, Agency Sales Manager for Pundit Arena, adds: “Together with Heineken’s agency Starcom, part of Core, we wanted to bring a product to market that would engage our dedicated rugby following in an innovative way for the duration of the Rugby World Cup.  The Heineken® Match Centre also supplements our existing coverage of the Rugby World Cup, and allows users to understand how games are being won and lost that’s unique and fun to use.”