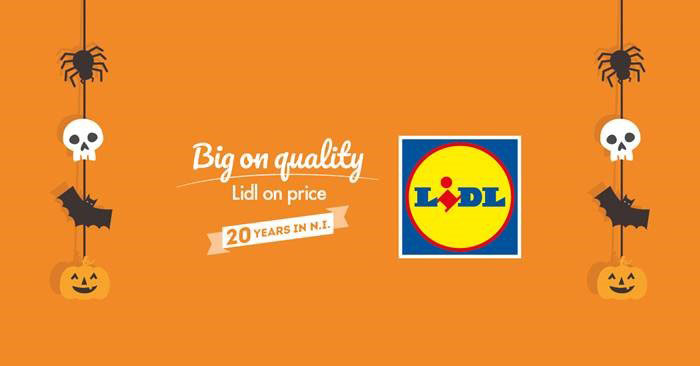 This October, Lidl Northern Ireland wants customers to know that Halloween doesn’t have to be scary, as they showcase their spooky essentials at chillingly good prices. Offerings include costumes for all the family, decorations for the home and tasty Halloween sweet treats.

To promote their scarily good deals, Ardmore’s creative team developed new graphical styling and animations. A creepy graveyard scene is backdrop to products and price points that pop up, with clever visual effects like fog, lightning and illumination adding playfulness and impact. This is coupled with comical Halloween music and a spooky VO, to bring the offers to life.

The activity will span across TV, Radio and Digital throughout October.

So, this Halloween, get down to Lidl…if you dare.