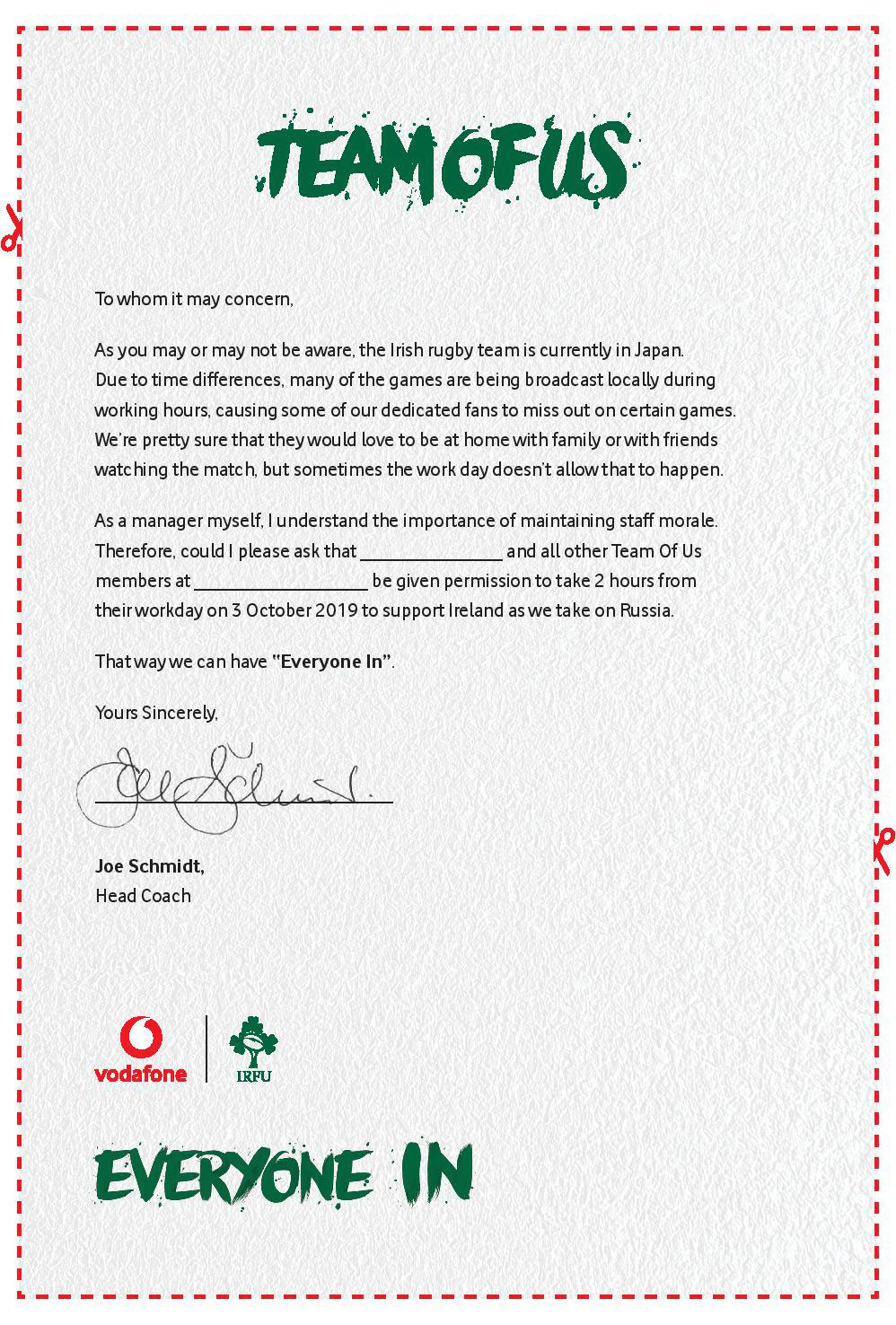 As part of Vodafone’s Team of Us campaign, creative agency JWT Folk has come up with a novel way of encouraging employees and employers across the country to get behind the Irish Rugby team in Japan.

To overcome the challenge of Ireland’s match against Russia being played during office hours this Thursday, 3rd October at 11.15am, JWT Folk has created a national press advert that doubles as a permission slip written by Ireland’s head Coach, Joe Schmidt. The ‘mock’ permission slip calls on Irish businesses to grant employees permission to take two hours off from their workday on Thursday to get behind the boys in green ensuring we have “Everyone In”.

Jonny Cullen, Creative Director at JWT Folk, explains the rationale behind the ad: “We wanted to do something to help the dedicated fans of the Irish Rugby Team to be able to watch the Ireland V Russia game during work hours on the morning of 3rd October. To help us to do this, Joe Schmidt wrote a permission slip that every employee could give their manager to allow them to take a couple of hours off to really embrace the ‘Team Of Us’ ethos. To reach fans in every corner of Ireland, we placed the advert in a national newspaper so that the fans could literally cut it out and hand it in, to ensure we got “Everyone In”.

The initiative launched on Monday 30th September with a national print advert. This activity extends beyond the advert and was supported by social and PR activity. Irish organisations including Maximum Media, ISPCC and Red C Research to name a few have already pledged their support to get behind the Irish Rugby team on Thursday.