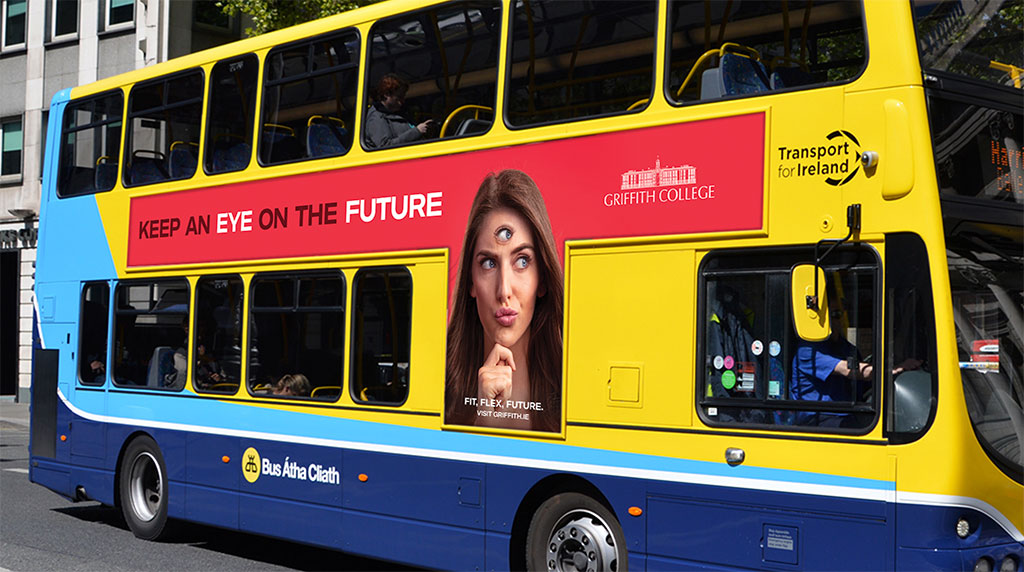 Thinkhouse has created a new nationwide creative campaign for its client Griffith College.

Called An Eye on The Future, the campaign draws on the concept of the so-called ‘third eye’ which is a symbol of a higher consciousness and insight in many cultures. In the new campaign, the third eye emphasises the importance of softer skills including emotional intelligence and communication.

Head of Marketing at Griffith College, Steven Roberts, said: “At Griffith, we’re as ambitious as our students are. For this campaign, we wanted an idea that represented us perfectly – future focused, innovation-centric and welcoming. I think this campaign perfectly does that.” 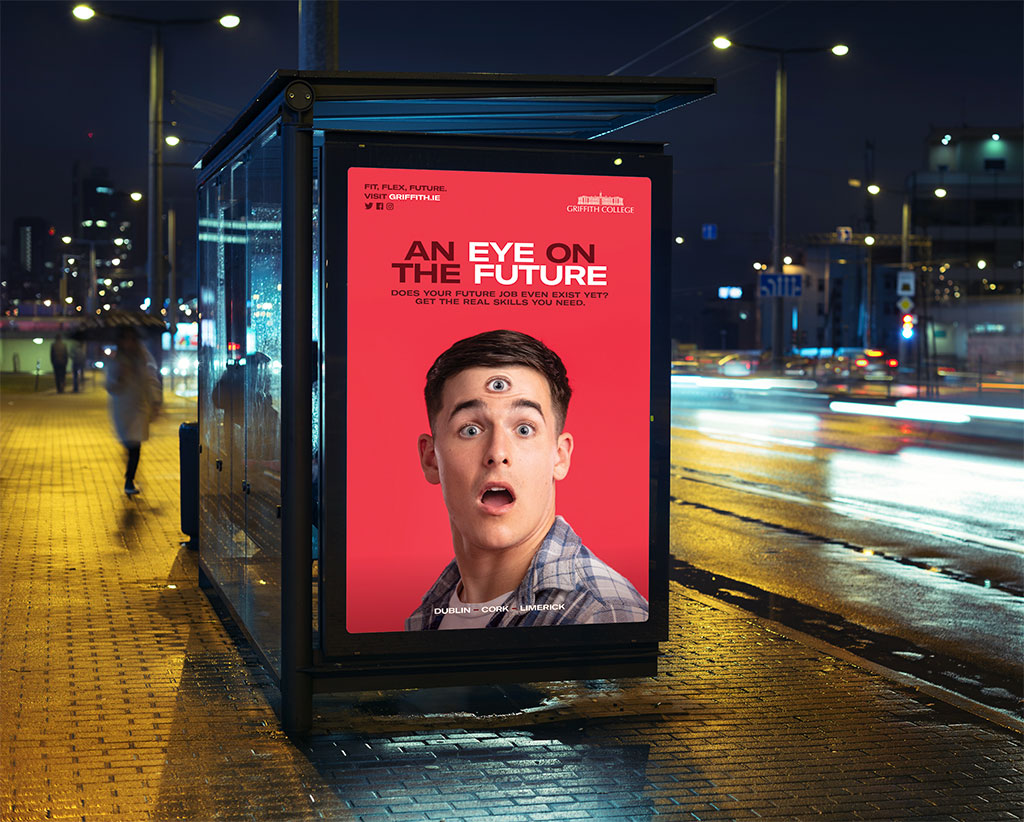 Founder of THINKHOUSE, Jane McDaid commented: “The team at Griffith is very future-focused and entrepreneurial. They are open to new ways of communicating their amazing offering – this advertising campaign delivers on that, in a fun way. It’s pretty eye-catching.”

The media planning for the campaign is managed by Zenith while  Wolfgang Digital manages all search and PPC activity.