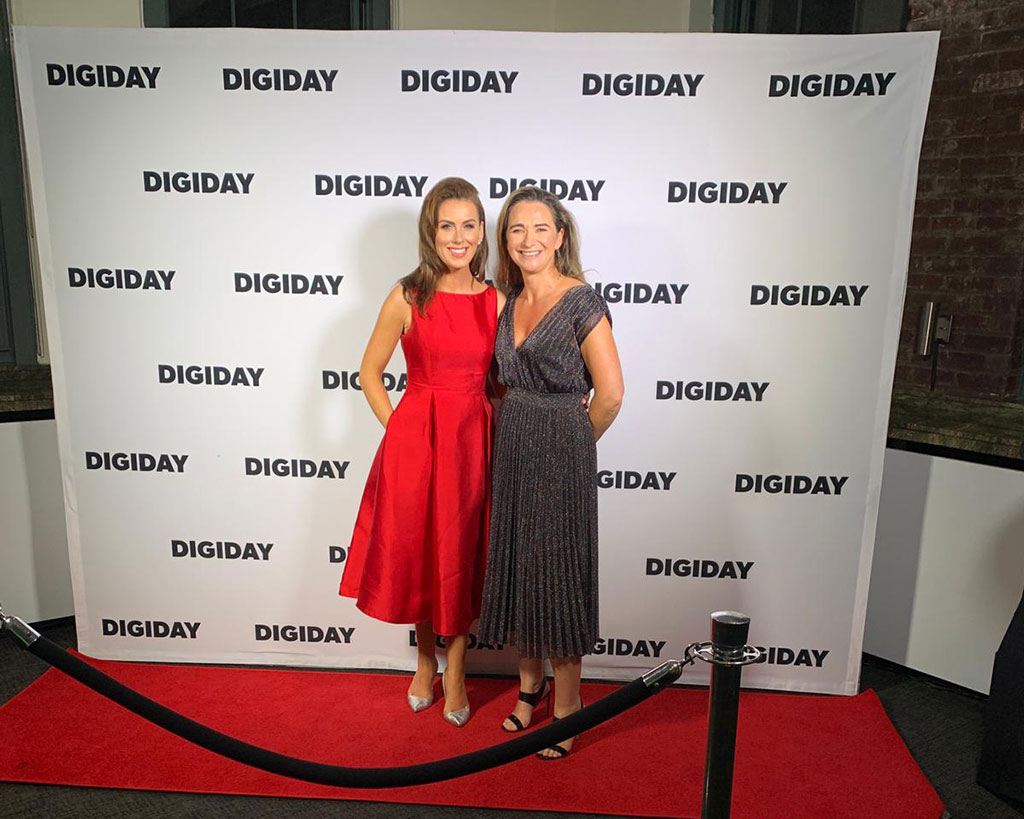 IMAGE Media was the only Irish company to prestigious Digiday Publishing Awards which were held in in New York last night (September 12).

The publisher was shortlisted in two of the 20 categories – Most Modern Legacy Publisher and Best Use of Voice – alongside some of the world’s most established names in global media, including CNN, National Geographic and Bloomberg Media.

According to Digiday, the awards honour those reflecting an industry intent on navigating a path forward through a rapidly changing media landscape: “As publishers seek new ways to create valuable products that present opportunities to collect previously unclaimed revenue and are true to the core of their businesses, this year’s list honours those who have best laid out the course for their future.”

According to Clodagh Edwards, IMAGE Media CEO: “For over 43 years, IMAGE has been at the forefront of the evolution in publishing in Ireland. In recent years, we have carried our historic integrity and quality into the native advertising, branded content, events and strategic partnerships space, creating valuable products and securing previously untapped revenue streams. To have our move from a traditional print publishing house to what IMAGE Media is today – a full-360, multi-channel publisher – recognised internationally by Digiday, the purveyors of future-proofing, is a phenomenal honour.”

The “Most Modern Legacy Brand” category is a new addition to the annual awards and recognises companies that have “successfully transitioned a legacy brand into the modern era”. As finalists, IMAGE Media were joined by global media brands including National Geographic, ABC, USA Today, Bloomberg Media and Merriam-Webster. National Geographic took the gong on the night.

IMAGE Media’s Smart Casual podcast, produced in collaboration with Kildare Village, was shortlisted in the “Best Use of Voice” category. The podcast – a smart podcast for smart stylish women – is Ireland’s first fashion podcast. Other finalists in this category included Amazon, Food Network, CNBC and Slate Media Studios.

Slate Media won the overall prize in that category for their “I travel for” podcast in partnership with American Airlines, British Airways and Visit Britain.

Other winners on the night included MTV for “Best Use of Technology” for their 2018 EMA AR experience, the Washington Post for “Best Use of Video” and Bustle Digital Group  as “Best Millennial Publisher”. The finalists from around the world were shortlisted by a panel of industry leaders, including executives from Meredith, Reddit, the Infatuation, Gannett and Highsnobiety.