Focus Advertising and Banjoman Films have teamed up to create a powerful video campaign for the CARI Foundation, the charity that provides child-centred specialised therapy and support to children, families and groups affected by child sexual abuse.

Called “The Carousel,” the video campaign explores what is a very difficult and important message in society today.

“It is a really tough line to find and I felt John Walsh and his team in Focus did a beautiful job on the script. As soon as I read it, I had a very clear vision on how to execute it and a really happy with how it turned out. Hopefully now it can do some good and lend some well needed help to the amazing people at CARI,” says Dermot Malone, director, Banjoman Films.

“I wanted to create a dark world within the spot and thus enlisted the help of VFX experts MPC London, who were incredibly generous with their time and resources as ever,” adds Malone. 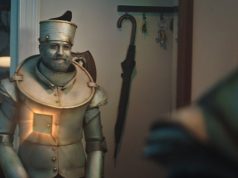