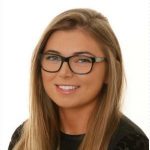 In 2010, the late CEO of Apple Steve Jobs sat down with Re/code founders Kara Swisher and Walt Mossberg to discuss his approach to privacy. During this interview he stressed certain features that tracked your location on the iPhone, only came on when a user opts in. In a direct shot at his new competitors Facebook and Google, he claimed that people in “the Valley” thought Apple was old-fashioned with their approach, and that people weren’t as embracive at sharing their data with tech companies as some assumed.

Eight years later and once again correct with his predictions, Steve Jobs’ thoughts around privacy would hit the headlines. In May 2018 the European Union would introduce the General Data Protection Regulation (GDPR), which would be the biggest change in data privacy regulation in 23 years. This act would reshape how personal data is handled by all companies including Jobs’ biggest competitors in 2010 and today, Facebook and Google. And this act could have massive repercussions on how the digital advertising industry functions into the future.

Since GDPR has become legislation, here are some of the trends that have happened in the last nine months:

Fears of violating led more than 1,000 news publishers (including LA Times & Chicago Tribune) to temporarily block EU users from accessing content, rather than face the hefty price of non-compliance. The New York Times and Financial Times have taken an overly cautious approach, by shutting down open marketplace and removing all audience targeting. Many tech businesses have even left the EU entirely. Location data company Verve, and cross device vendor Drawbridge pulled operations due to the fine risks of non-compliance, and the costly expense to comply.

Impact locally: Minimal as the long-tail of publishers (smaller sites outside of Ireland) would equate to less than 5% of media buys here in Ireland.

Consent is Workable (for now)

Consent is a user’s approval to the processing of his/her personal data. It must be freely given, specific, informed and unambiguous. The purpose of GDPR is to standardise data protection laws – making it easier to understand how personal data is being used.

Quantcast’s consent management platform, which supports about 9,000 EU domains, have reported that 81% of European users grant consent. These figures show users are willing to consent to have their data to be used for the purpose of personalising content and ads.

Since its introduction, users are more aware of their digital footprint being tracked. The majority accept the trade-off between data and content, but often still don’t know exactly what they are signing up for. IAB Europe’s Transparency and Consent framework is an attempt to create industry standards for GDPR compliance long term. The framework has recently been criticised with concerns real-time bidding is incompatible with consent though.

Impact locally:  The default is to give consent when a user visits a site. Across Europe 81% of people give consent, but locally we see this figure a lot higher, >95%.

Due to the implications of GDPR, publishers and advertisers dropped smaller vendors who might not be deemed safe. Research shows that this has been to the benefit of Google and Facebook, who have funding in terms of resource and legal – giving them huge competitive advantage. With a massive pot of logged in users, both could gain consent without impacting tracking. There is a concern therefore that these new regulations hamper competition, and further monopolise
the marketplace.

Impact locally:  Both Google and Facebook are expected to report an increase in spend yoy. Globally this figure for both companies averages between 10-28%. Simply GDPR hasn’t impacted either brand (see barchart below).

Pre May 25th, the future of programmatic buying was unclear. Some assumptions that people made were:

Impact locally:  An increase in Programmatic Guaranteed and Private Marketplace Buys is now evident in the marketplace, with less reliance on the long-tail Open Exchange buys.

Late last year, the current CEO of Apple, Tim Cook co-hosted the International Conference of Data Protection and Privacy Commissioners. He acknowledged how technology can vividly harm rather than help and called for technology to be used for good in this time of crisis. “We at Apple believe that privacy is a fundamental human right. But we also recognise that not everyone sees it that way”. He called for progress around the world — if Apple can do it, then everyone can. Apple even started marketing privacy to consumers this year.

Nine months on from the introduction of GDPR, we’ve seen an improvement in how advertisers use data locally in the Irish market. Data used is now 100% based on consent as a user enters a website. The potential practice of buying data from third parties is more or less dead. The IAB framework is a positive to the industry but still has its critics globally. And as expected the companies that have log-in data have benefited most with Google and Facebook seeing substantial increases in ad spend during this period.

The impact on the digital market both locally and globally is still hard to predict though. Both Google and Facebook are under the spotlight from the EU. Google was recently fined €50m in France for a GDPR violation. While Facebook seems to have had a year to forget with multiple issues around its data practices.

What’s safe to say is that the data question won’t go away in the short term. Approximately €519m will be spent on digital advertising in Ireland in 2019, meaning the spotlight on how digital companies use consumers data will only increase in the coming years.