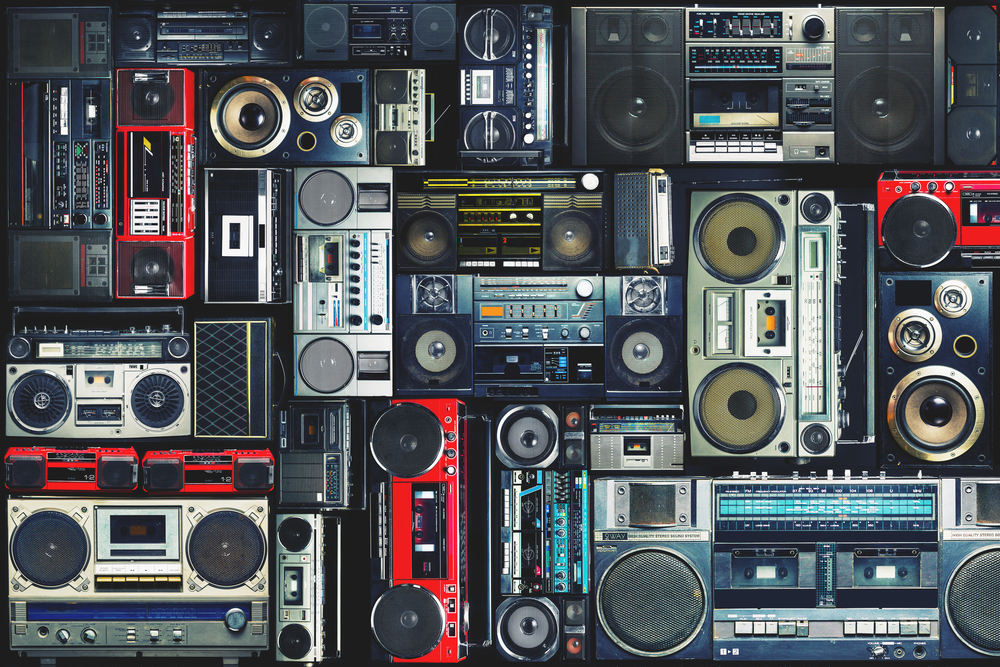 The power of radio advertising was demonstrated by the findings of a recent case study involving Irish-owned Flahavan’s, writes Gabrielle Cummins.

I don’t think we’ve even seen the tip of the iceberg….I think we’re on the cusp of something exhilarating and terrifying…the state of content is going to be so different to anything we can envisage at the moment; where the interplay between the user and the provider will be so ‘in simpatico’, it’s going to crush our ideas of what mediums are all about”.

This was David Bowie, talking to Jeremy Paxman on BBC’s Newsnight programme, 20 years ago. Yes, you read that right, 20 years ago, this year. I know I’m in good company in thinking David Bowie was “God” musically but when I stumbled upon this interview on YouTube again recently, I thought to myself “this man takes genius and insight to a whole new level!” David Bowie could be talking about today and could be talking about radio!

The latest JNLR results published this month, covered the period January to December 2018 and show that once again radio dominates the audio landscape in Ireland where 3.1 million people listen to radio every single day for an average of four hours each day.

Radio that David Bowie knew in 1999 is very different to radio of 2019. As a medium, we’ve remained resilient because we continue to evolve. Our audience craves content in various ways and expects us to communicate with, entertain and educate them on every platform. This is in stark contrast to the traditional caller or text interaction that was the norm years ago. Don’t get me wrong, listener interaction is still one of radio’s unique and most important attributes; it’s just that nowadays, this interaction may come in the form of a voicenote, whatsapp message or a comment on a station’s Facebook page. Every radio station in Ireland is now a multi-platform content provider.

Choose Radio is an Independent Broadcasters of Ireland led initiative. We established this group in its current guise, in 2015, to help raise the profile around the powerful effectiveness of radio advertising. Under the Choose Radio Umbrella, we have brought together every single radio sales house in Ireland, both from the independent sector, RTÉ and the independent training network, Learning Waves Skillnet. The entire industry has collaborated on a series of successful initiatives over the last four years but in 2018 we wanted to turn our efforts up a notch. We set ourselves an ambitious project: to undertake a multi-platform case study that involved all 34 Independent radio stations and 3 RTÉ stations. Finding the right client for this, first of its kind, multi-platform case study required some time and investigation.

In June 2018, we approached well-known Irish brand, Flahavan’s and, fortuitously for Choose Radio, the Waterford-based and family-run business had recently brought a new-to-market product on to retailer’s shelves called Overnight oats. The company’s sales and marketing director John Noonan outlined to us that there had been minimal, below-the-line marketing activity for the first six months of 2018 so they were very interested in this innovative collaboration with Choose Radio and the case study was born.

Radio, as a medium, has traditionally faced a lot of criticism for not being creative enough. Consequently, Choose Radio and Flahavan’s rightly invested a huge amount of time and resources into getting the creative right and this attention to detail with the creative paid off.

The project demonstrates the wide breadth of what a well-planned campaign with radio can achieve. It featured a combination of creative-led radio ad spots devised by BBDO. Radio, as a medium, has traditionally faced a lot of criticism for not being creative enough. Consequently, Choose Radio and Flahavan’s rightly invested a huge amount of time and resources into getting the creative right and this attention to detail with the creative paid off. In addition to the creative ad copy, radio stations were asked to devise their own local video content, raising awareness around this new product, how it’s prepared the night before, placed in the fridge and then ready to eat the next morning. These social media videos were a key element of the campaign; pushed out across all stations’ social channels and websites; capitalising on over 10.3 million social connections. Over 92,000 minutes of these social media videos were viewed across the weeks of the spot campaign in September 2018 which demonstrated that radio audiences actively engage with their favourite radio stations online too.

The impressive case study results, were revealed at a breakfast briefing in Medley on World Radio Day earlier this month which was attended by many of Ireland’s leading advertising and media buying organisations. 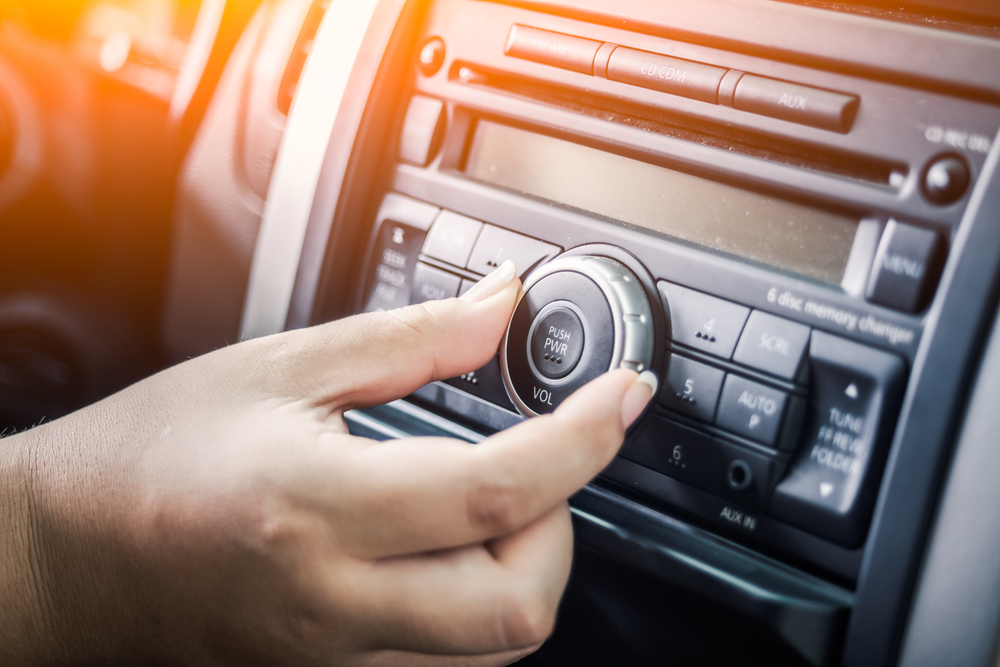 • Awareness of Flahavan’s Overnight Oats improved from 29% in August 2018 to 37% post the advertising campaign in October 2018. This is a statistically significant improvement of the order of 28%.
• Sales had increased 269% during campaign versus the three weeks prior; with sales more than doubling across all major retailers.
• During the Radio campaign sales of Overnight Oats had a stronger uplift, at full retail price, than when a price reduction was run as a standalone promotion.

The reality is that radio engages with 3.1m people in Ireland every day on apps, smart speakers, computers, televisions as well as traditional radio sets. Choose Radio saw the test as an opportunity to use all these platforms to reach out, enhance the campaign and embrace the trust the public has in radio as a medium. That trust in radio is at an all-time high and engaging our listeners on-air and online proves to be a winning formula.

As part of the case-study, we wanted to demonstrate how all our radio presenters understand and connect with their specific target audience in every single county in Ireland. In all, 35 radio stations utilised their own social platforms in an innovative and relatable way which augmented the powerful, traditional, radio tool of spot advertising. This proved to be both entertaining for each station’s target audience while at the time effectively communicating Flahavan’s key brand messages.

As John Noonan, sales and marketing director of Flahavan’s puts it: “It was an easy decision as Flahavan’s has identified radio as a key medium for the brand over many years and it is an important component in our annual communications plan. As leader in the Irish oats market, we are keen to keep to the forefront of new trends in oat consumption. Oats are already well recognised for their health benefits and Overnight Oats introduces a new way of enjoying them. We felt that our Flahavan’s Overnight Oats was ideal to use for this case study as it has an important role to play in the evolving lifestyle needs of consumers at breakfast time. We were pleased with the success of the campaign at stimulating interest, increasing brand awareness and ultimately encouraging trial and education of this new breakfast concept. The campaign delivered strong results for this new product launch.”

So, advertising agencies have been demanding case studies and now Choose Radio has produced the first of many, all-industry, collaborative case studies. With this case study, we have set out and proved that if a business or service wants to advertise to 3.1m people in Ireland as effectively as possible, then radio must be part of the media plan.

Gabrielle Cummins is chair of Choose Radio and CEO of Beat 102 103 FM.  A full copy of the findings of the case study is available at https://bit.ly/2SfxxFE