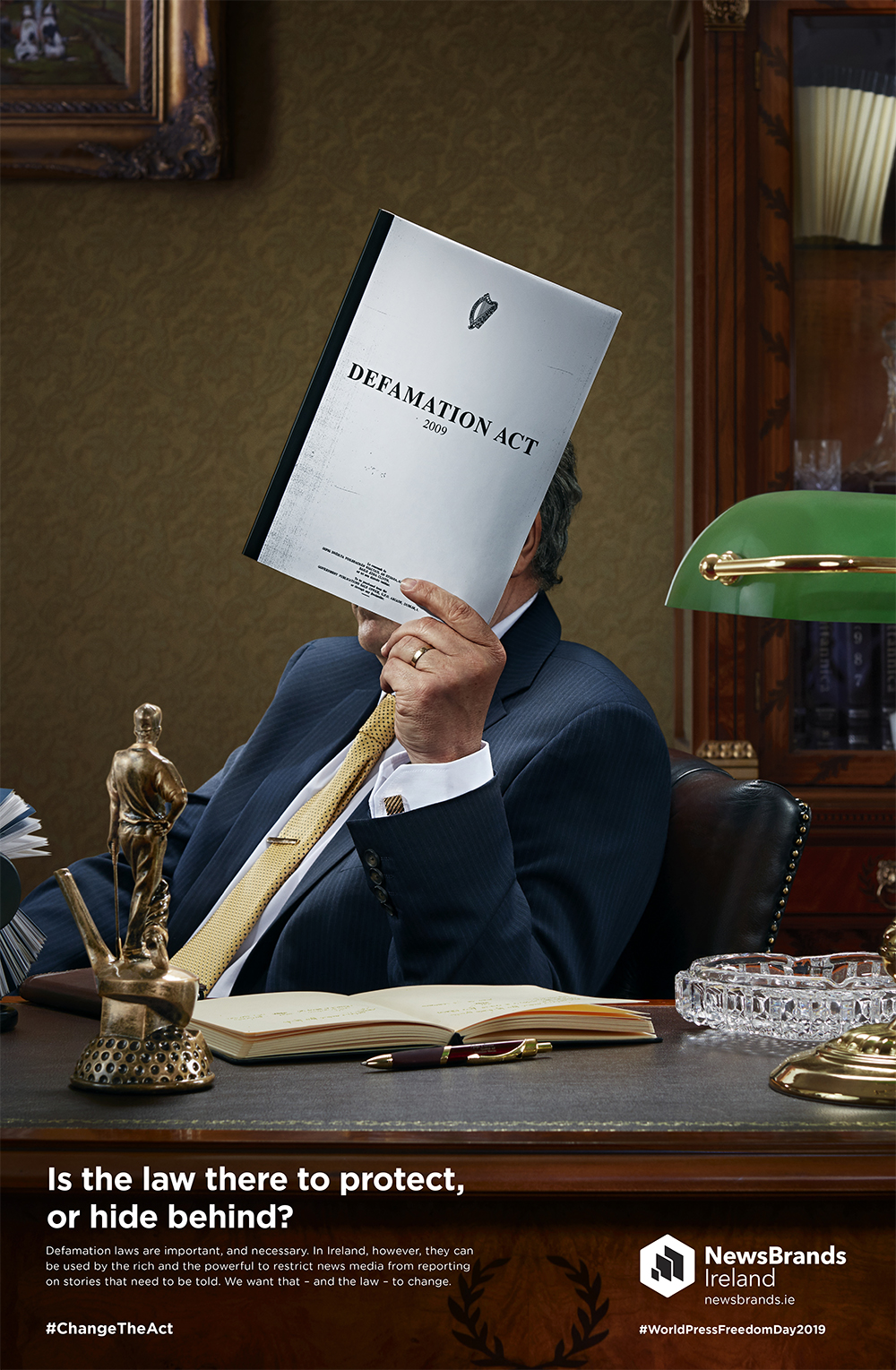 To mark World Press Freedom Day 2019, NewsBrands Ireland, the representative body for Ireland’s leading news publishers has launched a campaign to highlight the urgent need for the reform of Ireland’s defamation laws which are among the most restrictive in Europe and throughout the English-speaking world.

This week every national and local news publisher will devote their editorials to the subject of defamation law reform. A print and digital campaign devised by the creative agency Chemistry will run in all local and national newspapers and digital platforms.

According to NewsBrands, the defamation laws also have a chilling effect on the media’s role as the public’s watchdog and its ability to reveal matters of important public interest.

“NewsBrands Ireland along with many other organisations, made submissions to the Department of Justice in January 2017. To date, the review has not been completed. We call on the Department to complete this review as a matter of urgency. At a time when democratic values are being threatened and undermined throughout the world, it’s in the best interest of democracy that our defamation laws are updated, says Vincent Crowley, Chairman of NewsBrands Ireland.

“There is ample recent evidence of important stories being exposed by Ireland’s news media that otherwise would have remained secret.  But other, equally serious and important matters of public interest, may not get revealed because of defamation laws that impose significant levels of risk on publishers. Furthermore, the high level of awards and related legal costs are jeopardising the financial viability of local and national news publishers,” he adds.