Bank of Ireland, which sponsors all four provincial rugby teams – Connacht, Leinster, Munster and Ulster- has launched a new campaign to celebrate its involvement with rugby in Ireland.

The campaign, which was created by TBWA\Dublin is the next phase of the brand’s new brand platform Begin. The new brand positioning reflects the Bank’s intention to demonstrate its core purpose of enabling customers, colleagues and communities across Ireland to thrive.

The TV ad celebrates the fans and those on the backroom team who play an important part to ensure everything goes right on match day and features Johnny O’Hagan who is the Leinster kit man; Derek Murphy who is the Munster teams bus driver; Sarah Graham who is part of the Ulster’s physio team and Dave Holland who is the third generation of his family to take on the role of groundskeeper at Connacht Rugby. The ad also  features rugby stars Robbie Henshaw (Leinster), Conor Murray (Munster), Quinn Roux (Connacht) and Jacob Stockdale (Ulster) and includes a special cameo from Ulster captain Rory Best’s biggest fan, his son Ben. 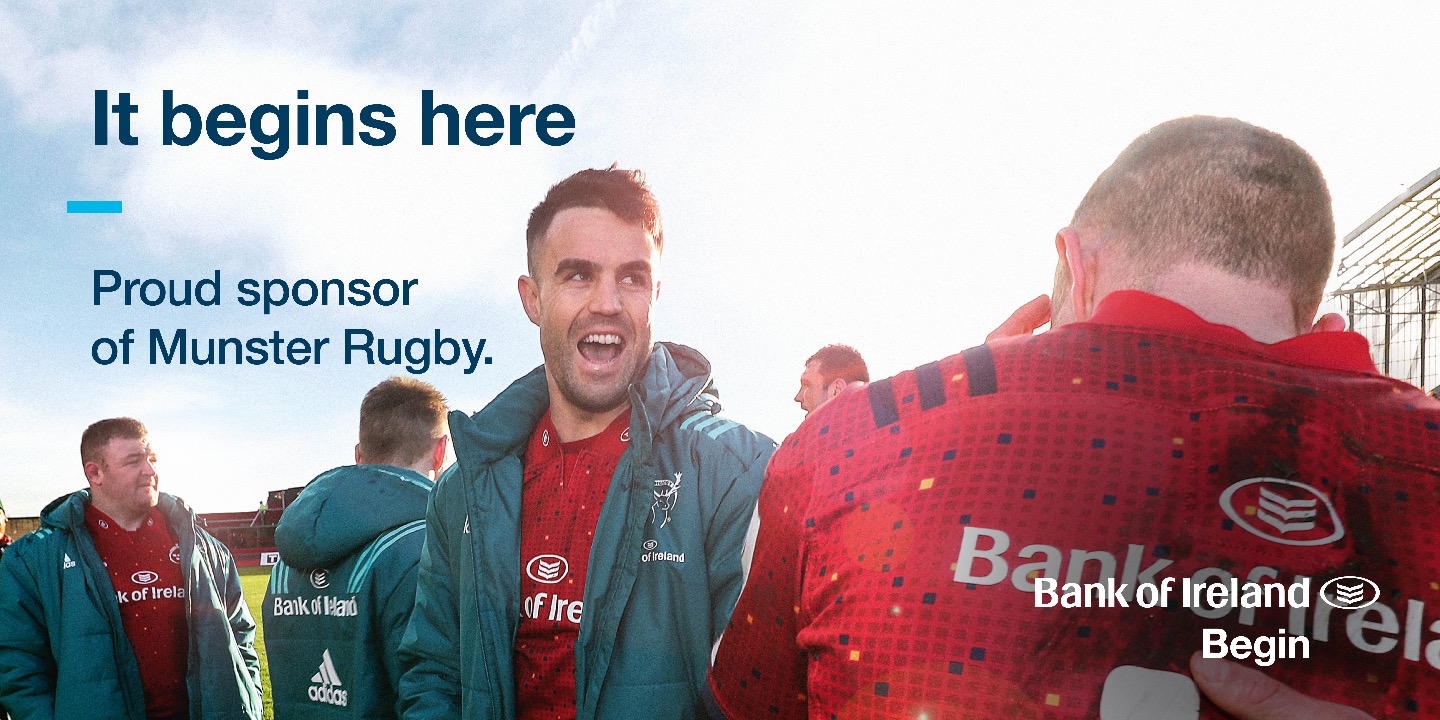 According to Henry Dummer, Chief Marketing Officer at Bank of Ireland: “At Bank of Ireland we are committed to supporting communities right across the island of Ireland to thrive – and our rugby partnerships with all four proud provinces is a key proof point in this support. Through our new campaign we want to celebrate the provincial communities that are the driving force behind Irish rugby. As well as the TV advert featuring all four provinces, we’ve developed specific digital and out of home creative to celebrate each province’s own individual story, too.”

The rugby campaign has a fully integrated communications approach – with a media strategy that allows for geographically relevant content.