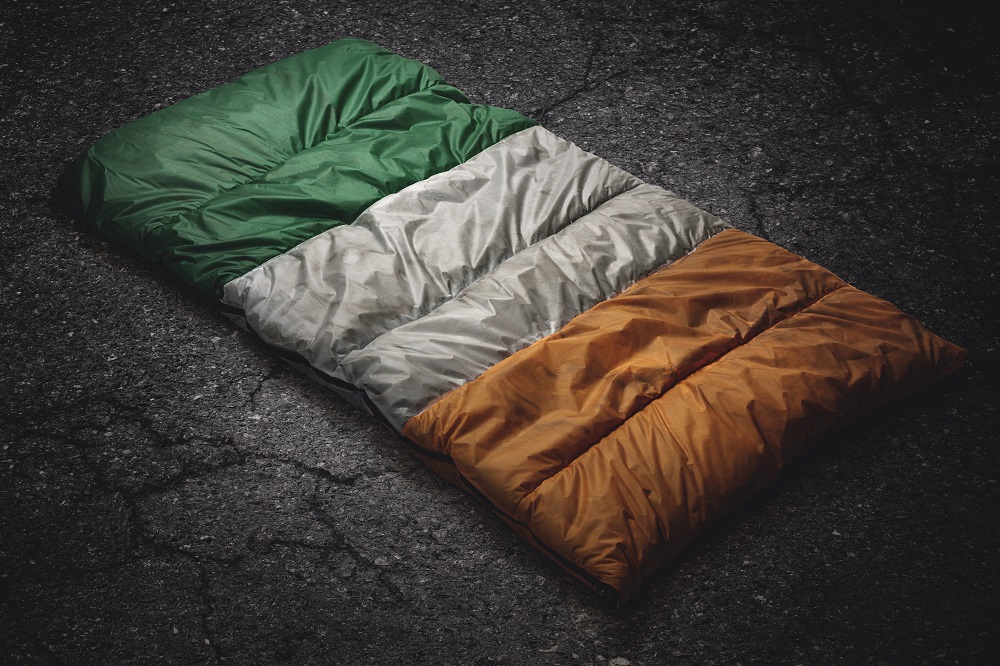 Rothco | Accenture Interactive was the agency behind the recent ‘Sleeping Flags’ campaign that was created to highlight the plight of ex-Defence Forces men and women in Ireland who have fallen on hard times.

Working with O.N.E. (The Organisation of National Ex-Service Personnel/Óglaigh Náisiúnta na hÉireann) the team at Rothco | Accenture Interactive created sleeping bags using the Irish tricolour, one of the most potent and recognisable symbols of Ireland. Former Defence Force personnel then took to the streets to sleep rough in their ‘Sleeping Flags’ and in the process sparking a national conversation about how Ireland treats the people who have served their country in the past.

To incite a conversation that would drive awareness and donations, images of the veterans on the streets in Sleeping Flags outside historically significant political landmarks were leaked to social media, before O.N.E. later claimed responsibility for the act, along with a video for the appeal, shot by award-winning documentary maker Ross Whitaker through Antidote.

According to Ollie O’Connor, CEO of O.N.E: “Our first homeless hostel opened in direct response to a number of veterans dying on the streets of Dublin. Since then, we’ve helped over 900 homeless veterans who could have faced the same situation. But if we can’t get enough funding, veterans could end up back on the streets, or worse.”

Using the Tricolour was not a decision made lightly by O.N.E., given it challenges protocols around the treatment and representation of the Irish flag and the respect for it ingrained in all Defence Forces personnel, both serving and retired. 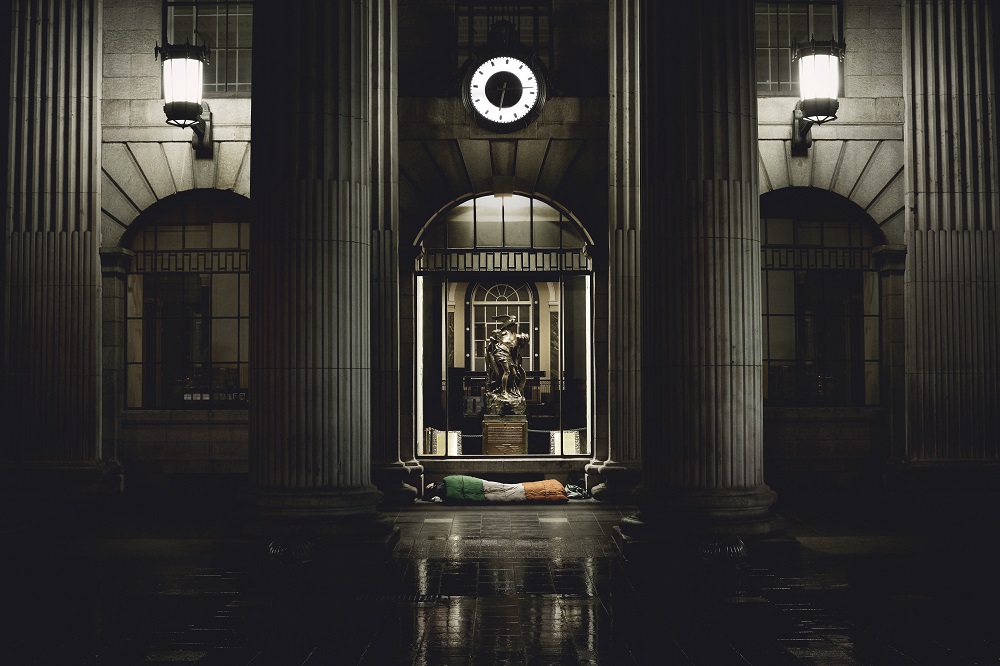 “The men and women we’re helping have a special affinity with the Tricolour. These are fathers, mothers, brothers, sisters and our next-door neighbours who joined the Irish Defence Forces to serve their country. When they joined up, they were young fit men and women. They didn’t put up their hands to become homeless veterans.

These are individuals who have proudly represented the flag, and Ireland, either abroad as the UN’s most respected Peacekeepers in conflict zones like The Congo, Lebanon, Syria, and in the Mediterranean, or at home during The Troubles. Often, they’ll come to us with depression, disabilities and PTSD, with nowhere else to turn”, adds O’Connor.

Set against Ireland’s current homelessness crisis, the preventive services O.N.E. offer are more vital than ever. By offering over 16,000 bed nights every year, between Dublin, Letterkenny and Athlone, and with 95% of the veterans they help moving on to permanent housing, the organisation is ensuring even more people don’t end up joining the vicious cycle.

According to Stephen Rogers, Creative Director at Rothco | Accenture Interactive: “When we first met O.N.E. and heard first-hand about the vital work that they provide for homeless veterans, we knew we had to land on an idea that would strike right at the heart of Ireland’s identity as a proud nation. Using the national flag, the symbol of our pride at home and abroad, seemed like the perfect vehicle to help us do that.”