Following a number of requests from the industry An Post, together with IAPI, have extended the entry deadline for its Direct Challenge competition to Wednesday, February 20th.

The competition was launched to highlight direct mail as one of the most powerful and effective advertising media and IAPI and An Post have assembled a panel of advertising experts including John Fanning, Gai Griffin and Charley Stoney. The panel will be hosted by Trevor Beattie.

The Direct Challenge competition that could see one Irish charity win a €20,000 Direct Mail Ad Campaign in addition to their partner ad agency winning a week at the famous Cannes Lions International Festival of Creativity 2019. 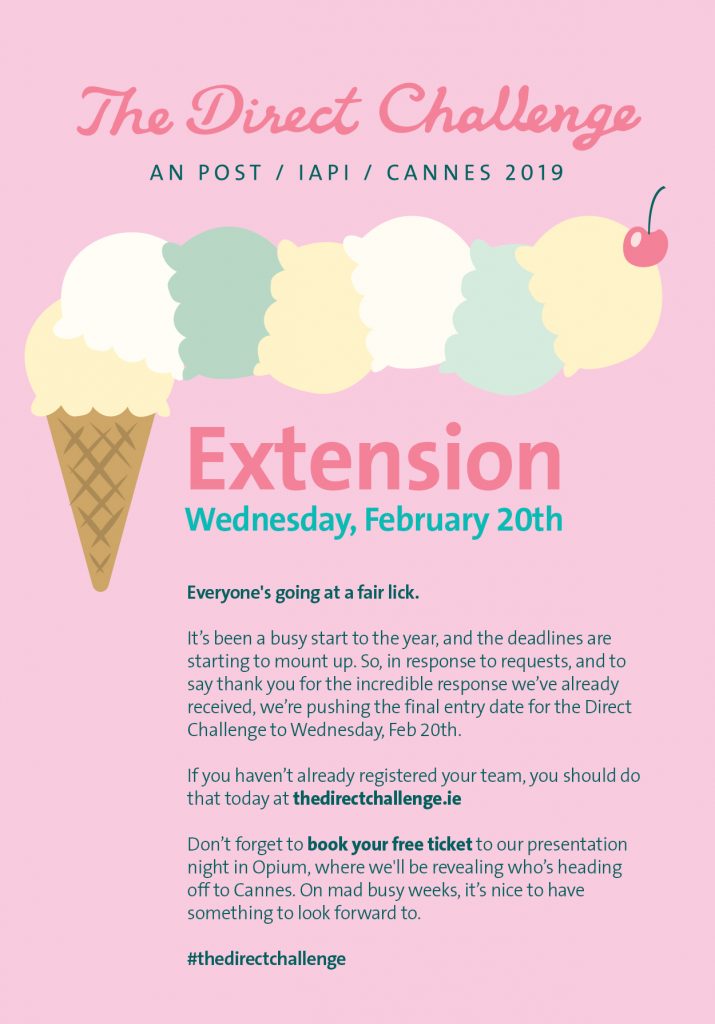 “Following numerous requests from the industry, we’re extending the date for entry to Wednesday 20th of Feb. The interest so far has been amazing and we’re looking forward awarding the best at an actioned packed award night on the Thursday 28th of February in Opium on Wexford Street. We’ll have a panel discussion with our expert judges and of course the big winner announcement, with plenty of food and refreshments to celebrate! said Eibhin Eviston, Mail Media Manager for An Post.

To enter the competition go to thedirectchallenge.ie  and to book tickets to the event click here