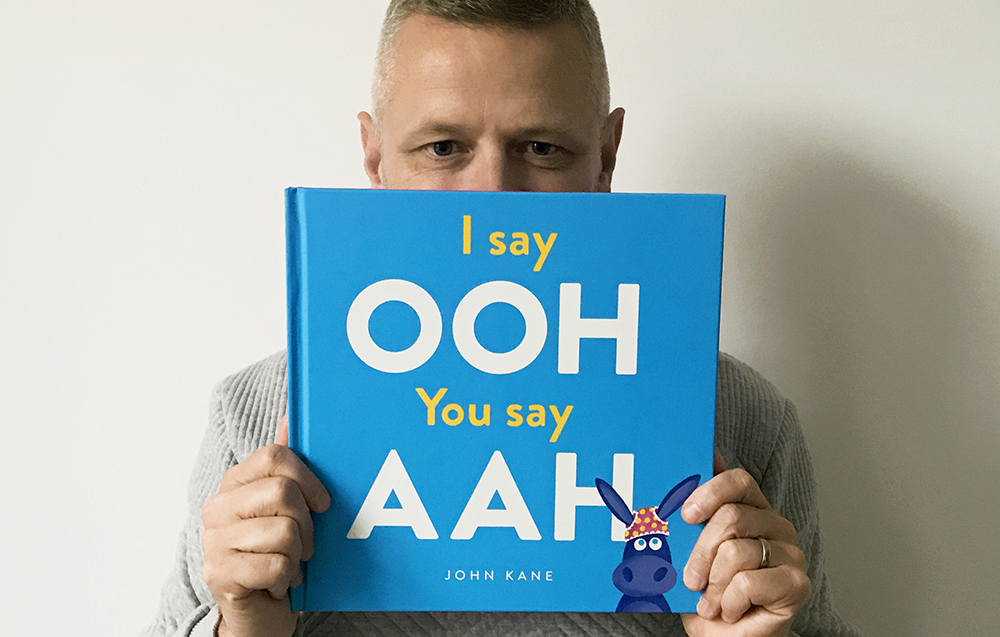 John Kane, the Executive Creative Director of TBWA\Dublin, has had his debut children’s book shortlisted for the An Post Irish Book Awards.

‘I say Ooh. You say Aah.’ is an unusual picture book, written and illustrated by Kane. He uses the book format to create actions and responses so the child gets to play an active role in the story. It features a donkey named ‘Ooh’ and a pair of underpants.

It was first published by Templar early this year and was licenced at the Bologna Children’s Book Fair by Kane Miller for the US market. It’s since been translated into Spanish for the South American market.

The An Post Irish Book Awards takes place on November 27th and will be live on RTÉ television.

Kane’s second book will be released early next year.