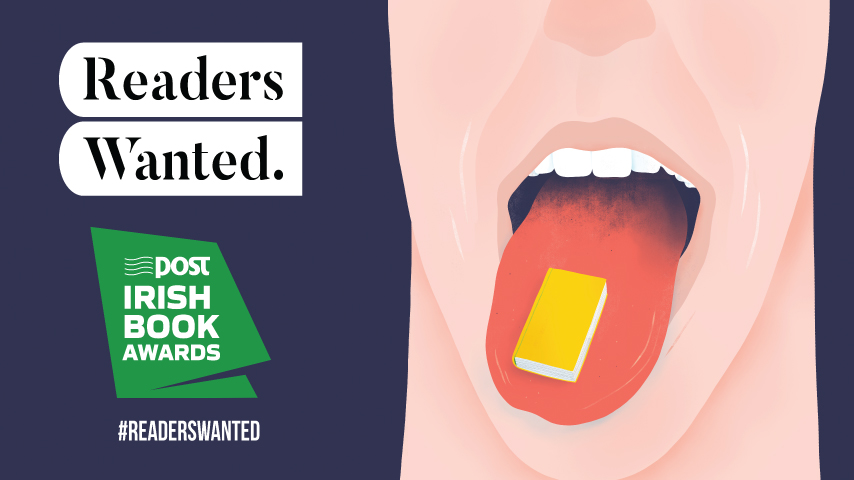 An Post has launched a new campaign called #ReadersWanted to mark its sponsorship of the Irish Book Awards. The campaign will run across a breadth of channels including 48-sheet and 6-sheet outdoor sites, bus shelters, online, video and social media.

An Post is kicking off its support of the Irish Book Awards by reminding people of the power of reading to challenge and alter people’s thinking, to bring parents and children together, to break down social barriers and to entertain. As part of its three-year sponsorship, An Post also wants to encourage more people of all ages to buy more books at their local book shop and post them as gifts.

According to PJ Brigdale, Head of Brand, An Post: “It’s readers who decide which books are great and which authors are most celebrated. We want to make everyone stop, look and think about the messages in#ReadersWanted and then go and get more books for themselves, their family, their friends, and get stuck into reading them.  The An Post Irish Book Awards promote all that is great about Irish writing and reading and we’ll be adding even more colour, energy and conversation in the lead up to October’s shortlist, November’s awards and throughout 2019.”

Now in its 13th year, the An Post Irish Book Awards brings together the entire literary community – readers, authors, booksellers, publishers and librarians. The Awards consist of a range of categories including Novel of the Year, Children’s, Cookery, Crime Fiction, Popular Fiction, Nonfiction, Sports, Short Story, Poetry and Teen and Young Adult. This year, a new Irish Language category is being added to the roster of awards. It will be entitled ‘The Love Leabhar Gaeilge Irish Language Book of the Year’.

The winners of the Irish Book Awards will be announced at an annual awards ceremony in Dublin on Tuesday November 27 2018  which will be broadcast by RTÉ television.