The future may never be as advertised but we should temper the tyrannical power of positive thinking with a hard dose of reality, writes Gary Brown.

“Get moving. Move forward. Aim high. Plan a take-off. Don’t just sit on the runway and hope someone will come along and push the airplane. It simply won’t happen. Change your attitude and gain some altitude. Believe me you’ll love it up here.” Donald Trump.

We have slowly allowed ourselves to be disarmed and overcome by the tyrannical power of positive thinking. You see, positive thinking and adopting a positive mindset can allow you to do anything, become anything and achieve anything. It has become a new religion. Another “opium for the masses”.

We must wake up feeling positive about the day and our life ahead, we must go to sleep thinking nothing but positive thoughts about our day. We’re told to ignore our mistakes, misdemeanours, bad luck etc, but rather, take the positives from them. Its positively exhausting and also positively unreal.

Every political, business, sports leader can now stand up and prophesise about a positive future and what they will do to make our lives better.

The power of positive thinking has become a pervasive force across  all facets of our society, across family, sport, business, politics, education and health. Positivity is not optional in today’s world. You dare not be negative or even questioning in any way. Any dissenters from the message will be dismissed as contrarians, luddites, bad influences or naysayers.

A perfect example of this ‘bubble of positivity’ came during another bubble. During the property boom and at the height of the Celtic tiger, when some economists like David Mc Williams and Morgan Kelly rallied against the positive forecasts for the property market, they were ostracised. Not only that, but they were asked to consider “suicide”, by our Taoiseach of the day.  Oh yes, you dare to take on the ‘tyranny of Positivity’ at your peril.

What’s the reason for all this hype and bluster? It’s simple. Positivity is now a burgeoning business. Look at any bestseller list. Every day we have new books, missives, videos, podcasts, blogs and tweets bursting with the doctrine of positivity. We have endless conferences, away days, seminars and retreats all teaching us, conditioning us, lecturing us, immersing us, bathing us in positivity. We have gurus, coaches, mentors and speakers. All high priests, high on their own supply and worshipping at the altar of positivity. Mindfulness is also a growth business as long as we are mindful of being positive in the now!

Optimism is the enemy of positivity

Now before we go any further, I have a confession to make, I am a very optimistic person. Or as I prefer to call myself a “realistic optimist”. I believe that there is a real difference between being optimistic about the future and  being positive about the future. In fact I would argue that optimism is the enemy of positivity. You don’t need to be optimistic. Optimism is for wimps. Being positive is far more potent and powerful. It allows you to be clairvoyant and certain about your future not just hopeful.

I believe in the need for constant coaching and mentoring and learning, but please can it be based on realism and realistic goals set for the actual ability of each person. Not everybody can be Conor McGregor, Usain Bolt, Mark Zuckerburg, Ronaldo, Michael O’Leary, Jesus Christ or Mohammed. The stick can often be as effective as the carrot.

My big bugbear is that this tyranny of positivity is that it results in a sort of mass brainwashing. We risk trying to build a future based on a fundamental lack of realism, and a future that is not based on sound and realistic data is extremely dangerous.

Positivity based on fiction becomes hubris and hubris has resulted in most of the great financial crashes and wars of our time. Indeed religious zealotry and the overriding need to convert the great unwashed to your creed because you’re positive it is right for them is the root of most of the world’s problems. Most religions, and certainly those with missionary ambitions, are based on the fictional belief that they are right. So they need to force (sorry convert) others to their way of thinking in order that they can be saved.

The schools of positivity

It’s also a problem in education. It’s very rarely you see a bad or negative school report nowadays. Many teachers are genuinely afraid to write a bad report about a student in case it infuriates the parent and results in a confrontation. “How dare you call my Ruby or Max lazy?”. Instead teachers find themselves looking and searching for ways to say nice things about genuinely lazy and couldn’t-be-arsed students. Sugar coating the medicine, deflecting reality, being subjugated by the tyranny of positivity and deflecting the reality facing Ruby and Max. It’s not the teachers fault, the system doesn’t allow and support them to be realistic. Also it may impact on the reputation of the school in a negative way. Of course we can’t be having that, so it must be positive.

The result is that problems that were formerly rooted out during the school days are being passed on to the work place because the “School of hard Knocks”,  has been deemed to be too negative . Often the workplace is the first time that some people are confronted with or challenged with the concepts of ‘lack of effort’, ‘lack of concentration’ or proper discipline. Even then their prospective employers have to be careful with their use of language in case a ‘HR situation’ develops. As managers, we’re told to abide by “the sandwich evaluation”, where upon it’s imperative that each employee evaluation must start with and end on a positive, with maybe a smidgeon of negativity in the middle. It’s much like some of those ready made sandwich spreads, which we know are positively revolting!

Sport is full of Positives

The cult of positivity has even leaked itself into sport. There was a time not too long ago when after a bad performance by their team a coach would face the media and give an honest and frank assessment of their teams performance. Sadly it seems that that day is long gone and what we are majorly forced to endure is an endless stream of banal up beat nonsense. Gone are the past weird descriptions of being “sick as a parrot”, to be replaced by nonsense, like  “We have to take the positives from this, we managed to hold them scoreless for the first 10 minutes”. (The fact that they were then beaten 5 nil becomes irrelevant).

Rarely does a coach or manager in any sport come on and say it as it is, there are exceptions, but here again the dictat of being positive must be obeyed. Just look at the series of spats that experienced soccer reporter Tony O Donoghue from RTE got into because he dared ask Martin O Neill, the Irish soccer manager, a few questions that most of us wanted asked. I understand the need for being upbeat and confident in sport, but please do not try and mask reality, otherwise sports people can become deluded.

In fact more and more sports people are being wheeled into businesses now to help solve problems, to help with motivation, to help overcome adversity, to develop a winning mindset. This in the main can be very useful to most businesses once it is framed in context for that business and based on realistic goal setting and parameters. It is especially useful in the motivation stakes as in business like life, motivation can waver and needs to be rekindled from time to time. But no amount of chest beating and group hugs can last over time unless it has context and realism.

And finally, we come to advertising.

As someone who has spent over 37 years in the business, I find myself constantly looking at communications and asking is this real, is it true, does it make sense? Invariably I end up as puzzled as I started. The world of advertising and media is at the core of positivity.

Advertising and communications have to be positive. The business of advertising is based on good news and that makes sense, but again can we make it real and believable and sustainable?

With the advent of digital, our business has been turned on its head. It probably needed to be, but sheepishly and slavishly prioritising new media channels every time they crop up is not good business. It’s foolish positive trend watching. The principles of good communication need to be adhered to. It pays to be sceptical when it comes to an industry like marketing because the future is never as advertised.

So what’s the answer? Please don’t brush over mistakes, the economic realities of the time or the situation that your business is in. Get real with your positive thoughts, make them realistic to the individual, to the business, to the world. Optimism based on reality.

Gary Brown is founder and chairman of Target McConnells. 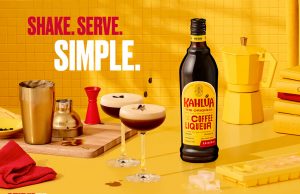 The Public House has rolled out a new global campaign for Kahlúa, the world’s leading coffee liqueur brand which is manufactured by The Absolut... 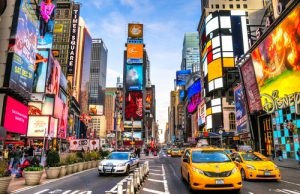 The Irish Star is launching a new online offering targeted at the US market. The new digital offering, IrishStar.com marks a significant departure for...