Irish International has been appointed by the IRFU to work on the creative elements of its bid to host the Rugby World Cup 2023 in Ireland.

Earlier this year, the IRFU announced that it was seeking to appoint a number of agencies to work with it in putting together the bid which has the backing of both the governments in Dublin and Belfast.

The consultancy arm of Deloitte will project manage the overall  bid process while a number of other firms and agencies will provide a range of different inputs and services in areas like creative, design and content. Deloitte was heavily involved in putting together the winning bid for London 2012, when the English capital played host to one of the most successful Olympic Games in recent years.

Apart from Irish International, the London-based sports content agency Seven46 will provide a range of content services to the bidding team. Part of Havas, the agency was set up by former Guardian sports journalist Nick Varley who has worked on a number of successful international global sporting events over the past few years, including London 2012.

In a recent interview with Irish Marketing Journal (IMJ), the IRFU’s director of commercial and marketing, Padraig Power, said that the bid has to be submitted by February 2017 and the winner will be announced in May 2017. Other countries vying to host the tournament include France, Italy and South Africa.  Of the four contenders, only Ireland and Italy have yet to host the tournament.

If Ireland is successful in its bid to host the tournament, the economic spin-off could be quite substantial. A recent report published by EY in the UK suggested that this year’s tournament which kicks off next week could be worth around £2.2bn to the economy and will add around £982m to GDP. The tournament is also expected to attract up to 466,000 fans and visitors to England and Wales, where all the matches are being played. 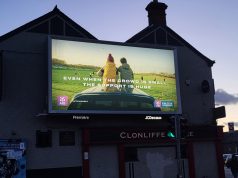