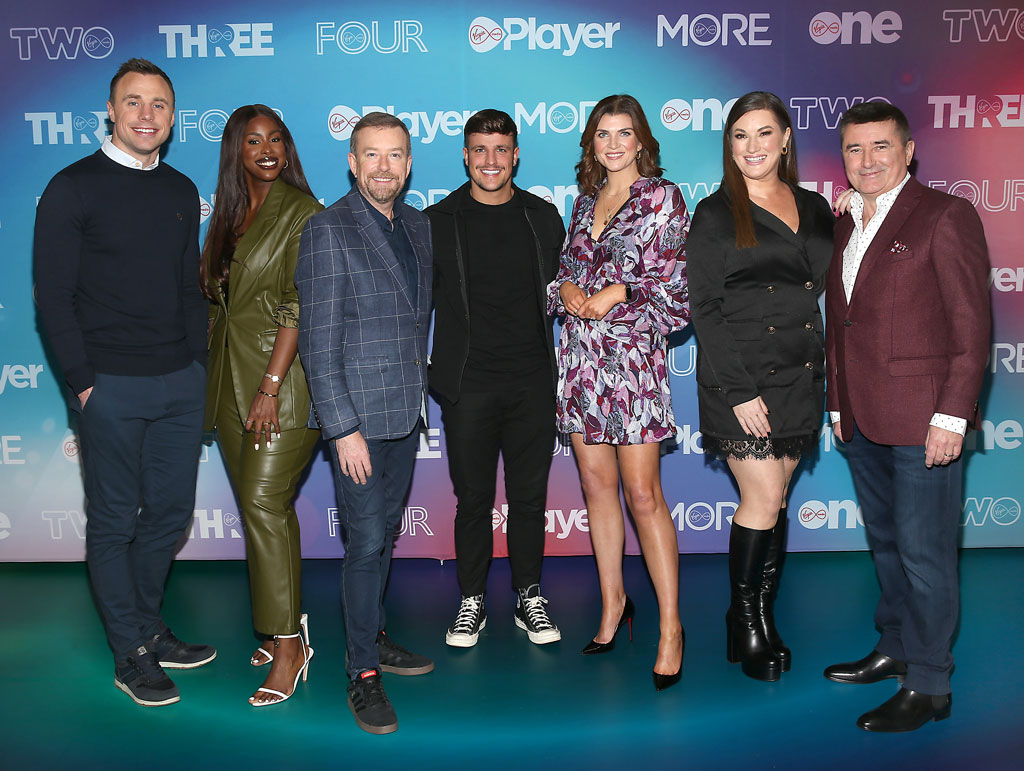 Virgin Media Television (VMTV) kicked off its Spring TV Schedule this week with the announcement of new Irish factual and entertainment shows, live sports fixtures and new boxsets on its Player.

“After a record-breaking 2022, I’m excited to launch our spectacular spring TV schedule with brand new Irish shows, the best of international drama and entertainment, premium sport and new boxset releases. With a huge variety of choice across our four channels, viewers are in for an exciting season of content including the ‘Guinness Six Nations’ kicking off in February and Ireland’s favourite reality dating show, ‘Love Island’ returning for its winter edition next week after a staggering 15 million streams in 2022 on the Virgin Media Player. Our live daily studio shows, from ‘Ireland AM’, ‘The Six O’Clock Show’, ‘The Tonight Show’ and ‘Virgin Media News’ will also provide viewers with over 38 hours of live and local content each week, so viewers are sure to be informed, engaged and entertained no matter what they decide to watch this spring,” said Paul Farrell, managing director, Virgin Media Television.

Speaking at the launch of Spring schedule, Farrell says the broadcaster enjoyed a strong 2022 in terms of advertising revenue, particularly in the second half of the year although he noted that linear advertising was slightly down on 2021 levels but still higher than pre-pandemic levels in 2019. He also reported that it was a good year for its streaming platform Virgin Media Player which recorded a high of almost 46m viewers, an increase of 1m on 2021.

Some of the highlights of the new Spring schedule include new Irish factual and entertainment shows like a new six-part property show, fronted by Liz O’Kane and Michael Fry, ‘How To Buy A Home’. Starting in March, this series unpacks the unfiltered realities Irish people face in the search for a home.

‘Stories From The Street’ is a new three-part documentary and follows the lives of homeless people in the capital, “capturing an unflinchingly honest and sometimes difficult account of life and death, on the street.”

Elsewhere series two of ‘Eating With The Enemy’ starts next Monday, January 16 and will feature some familiar faces such as George Hook and TikTok star, Miriam Mullins.

The new schedule also includes a brand-new docuseries called ‘The Clinic For Well People’ which has started to air on Virgin Media One. The four-part series shows us what happens when people with no underlying symptoms are invited to come for a full medical check by a team of medical professionals.

Elsewhere Irish chef Dylan McGrath takes the spotlight in March in a new show called ‘Dylan McGrath’s Secret Service’. In this four-part series, McGrath is on a mission to prove that with the right opportunities and backing, everyone has potential to achieve their dreams in the kitchen.

VMTV will also air the ground-breaking series ‘Inside the Hospice’ in May, which will deal with death and grief in Ireland through unprecedented access to terminally ill patients on their journey from diagnosis to their final days under Our Lady’s Hospice and Care Services.

Another brand-new Virgin Media News documentary called ‘Trump’s Last Stand’ charts Donald Trump’s road back to the White House, as Richard Chambers meets those whose lives have been upended by the political division, violence and conspiracy theories that have divided America.

Also on the schedule is The Group Chat, featuring Gavan Reilly, Zara King and Richard Chambers who will discuss the stories making the headlines, weekly on Wednesday nights on Virgin Media Two.

On the drama front VMTV, the schedule includes ‘The Suspect’ about Dr. Joe O’Loughlin’, about a clinical psychologist who is brought in by veteran police officer to assist in an investigation that could be a suicide, but also could be a murder. ‘The Walk In’ starring Stephen Graham tells the story of MP Jo Cox who is murdered in the street by a right-wing fanatic. National Action decide this is the moment to avenge the ‘downfall of white society’ in Britain, and plan to escalate a terrifying situation into a full-blown race war.

Continuing the drama, ‘Litvinenko’, played by David Tenant, is a powerful new drama based on the November 2006 polonium poisoning of Russian defector Alexander Litvinenko. This four-part series tells the story of his fearless widow Marina (played by Margarita Levieva), who fought tirelessly to convince the British government to publicly name her husband’s killers and acknowledge the Russian State’s role in his murder.

Elsewhere, Irish actor Niamh Algar will take the leading role in ‘Malpractice’, a five-part medical thriller series that sees her play Dr. Lucinda Edwards, a doctor who is faced with an enquiry into the death of one of her patients. ‘Karen Pirie’ reopens a cold case of a murdered barmaid while ‘Without Sin’ stars Vicky McClure and presents a relationship which develops between a grieving mother and the man she believes murdered her daughter.

Also, coming later this year, chilling Irish drama series ‘The Vanishing Triangle’, starring Irish actors India Mullen and Allen Leech. This six-part series is inspired by true events that shocked Ireland in the 1990’s as a number of women in the east of the country vanished, without a trace.

Live sport will also loom large on the schedule the Guinness Six Nations, the highly anticipated return of the UEFA Champions League, ‘UEFA Europa League & UEFA Europa Conference League’, along with horseracing from including Cheltenham and Aintree.