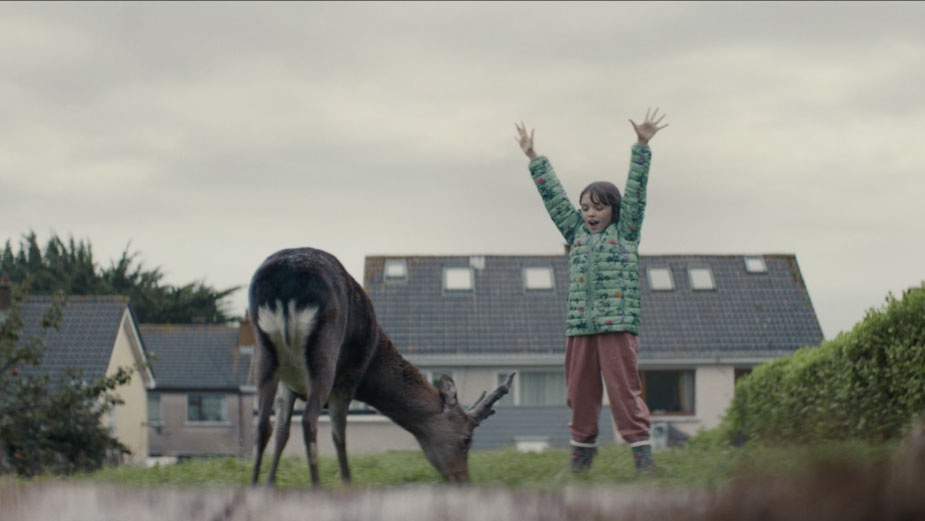 Following on from its success with “Deermuid” the deer and SuperValu’s “Share the Magic” campaign last year, TBWA\Dublin has created special AR filters for both Instagram and TikTok as part of this year’s campaign.

The filters allow users “spend time” with Deermuid in their own environment. This year, they have built on the campaign by creating a ‘Deermuid AR Filter’ on Instagram and TikTok so that people all over the country can spend time with the little reindeer in their sitting rooms, gardens and wherever they wish.

“We’re very proud of all the accolades last year’s campaign received over the past 12 months – Spiders, ICADs, DMAs, and it was designated a global success story on Twitter. In 2021, there were lots of ‘Deermuid’ sightings in back gardens around the country as kids made up stories and used their imagination to see ‘Deermo’ – before calling our Lapland Hotline by the thousands to tell Santa. This year we wanted to create something that allowed families to participate and ‘Share the Magic’ of their own story with Deermuid,” says Andrew Murray, director of digital, social & content, TBWA\Dublin.

“We asked ourselves – what if every child didn’t have to make up a story of a ‘sighting’? What if they could #ShareTheMagic of ‘Deermuid’ in their own home and and make memories alongside Deermuid. That led us to the idea of creating an AR filter which we launched just in time for the Late Late Toy Show.

“The filter is a fun way for children and adults to engage with ‘Deermuid’. The Christmas film itself is proving hugely popular again year with lots of love being shared for the ad and ‘Deermuid’ across our social channels,” adds Emma Henry, digital content manager, SuperValu.